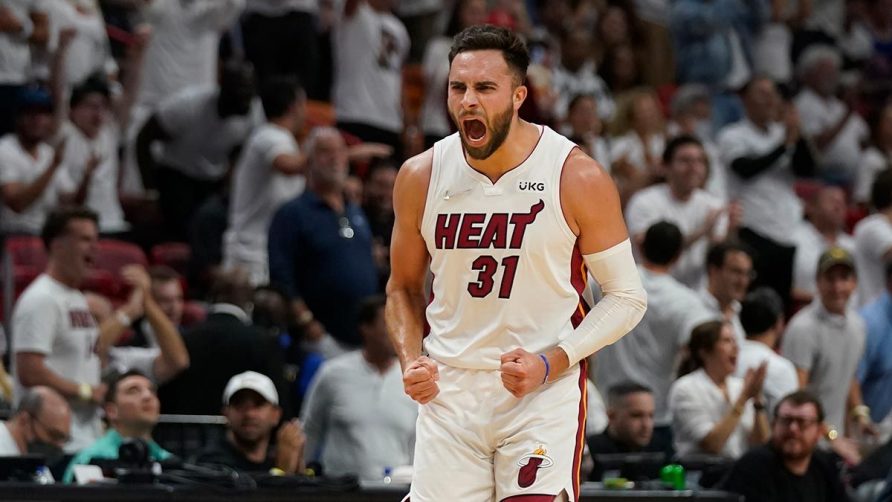 The Miami Heat lost two games in a row on the road, but they couldn’t wait to get back to their home court at the American Airlines Arena, where they were undefeated in the postseason. The Heat ended a two-game mini-skid and bounced back with a resounding 35-point shellacking against the Philadelphia 76ers in Game 5 of the Eastern Conference Finals. The Heat regained control of the series and now lead 3-2, and they also improved to 6-0 at home in the playoffs. 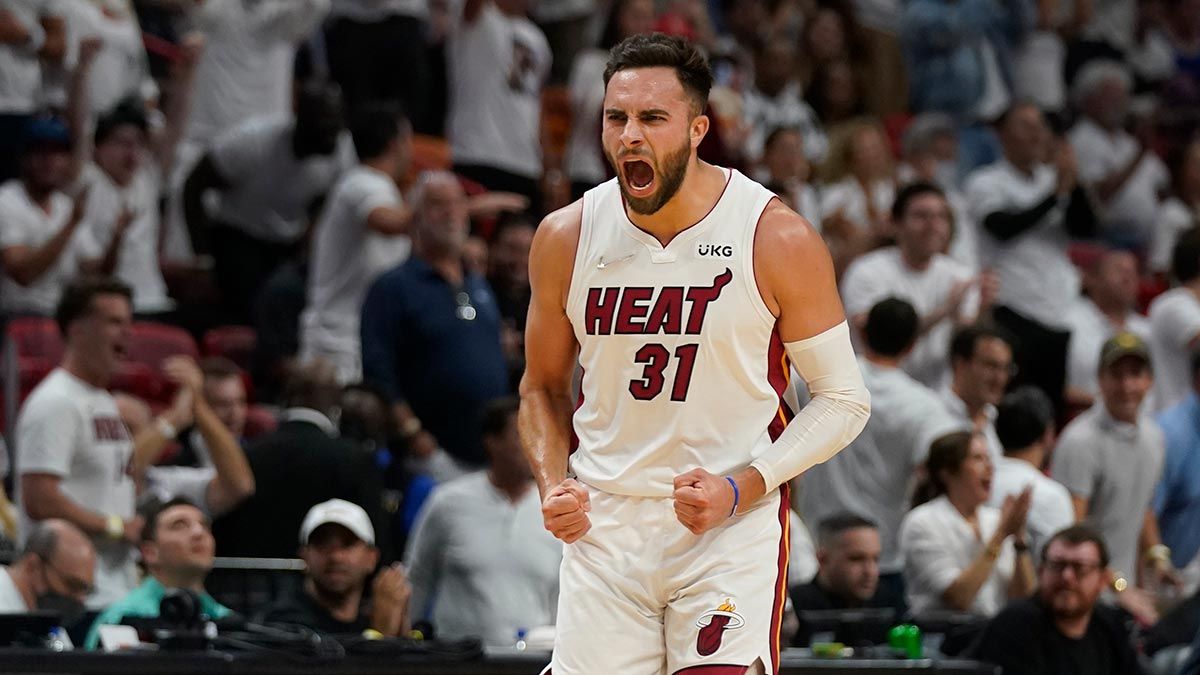 A fired-up Max Strus celebrates a victory for the Miami Heat in Game 5 against the Philadelphia 76ers at American Airlines Arena in downtown Miami. (Image: Getty)

The series returns to the Philadelphia for Game 6, where the 76ers will play a potential elimination game. The 76ers opened as -2.5 favorites in Game 6 on Thursday night.

The Heat are -380 odds to win the series and advance to the Eastern Conference Finals. The 76ers are +300 odds to prevail in the next two games and win the series by pulling off an outstanding comeback to knock out the Heat.

The Heat did not have starting point guard Kyle Lowry in the lineup due to a hamstring injury, but prevailed anyway. The Heat jumped out to a 12-point lead with 31 points in the first quarter. Their hot shooting continued the rest of the game at 53.6%. They also knocked down 39.4% of their 3-point shots on 13-for-33. The Heat were ice cold in Philly where they shot 14-for-65 in their two losses for a 21.5% clip.

All five Heat starters scored in double figures, and two players tallied double digits off the bench. Hey, it was such a blowout in Game 5 that even little-used Duncan Robinson got 14 minutes of playing time.

Jimmy Butler led the Heat with 23 points, nine rebounds, and six assists. Max Strus added 19 points and 10 rebounds. He did a stellar job on defense keeping James Harden and Tyrese Maxey in check, and had a plus/minus of +30 in Game 5. Strus is now the plus/minus leader in the entire playoffs at +119.

The home crowd in Miami was fired up for Game 5 from the opening tip. Although Tyler Herro won Sixth Man of the Year, the rabid fans are really the Heat’s Seventh Man because the boisterous crowd at AA Arena inspires the team to play better defense.

The Heat are just one game away from returning to the Eastern Conference Finals for a second time in three seasons. According to ESPN’s stats and information department, the team that wins Game 5 to take a 3-2 series lead wins the series 82.2% of the time.

The 76ers stumbled out of the gate with only 19 points in the first quarter. They fell behind by double digits early in the game and never recovered. The Heat pulled away at the start of the fourth quarter and slammed the door shut on any semblance of a rally.

“The Heat were just more physical,” said 76ers head coach Doc Rivers. “We didn’t run anything. We didn’t run our stuff very well. We played at a snail’s pace. Everything they did tonight was harder and better. Their stuff was better, their energy was better.”

Embiid and James Harden combined for only 31 points. Harden could not find his shooting groove after an explosive performance in Game 4. He shot just 2-for-6 from 3-point range and finished with 14 points. Tyrese Maxey had an ugly game scoring just nine points on 2-for-10 from the field.

The 76ers reserves were outgunned by the Heat’s second unit 44-27, which included several minutes of garbage time in the fourth quarter when the game got out of hand. The 76ers suffered their worst loss of the postseason with a 35-point butt-kicking.

Check out more extensive coverage of the 2022 NBA Playoffs.