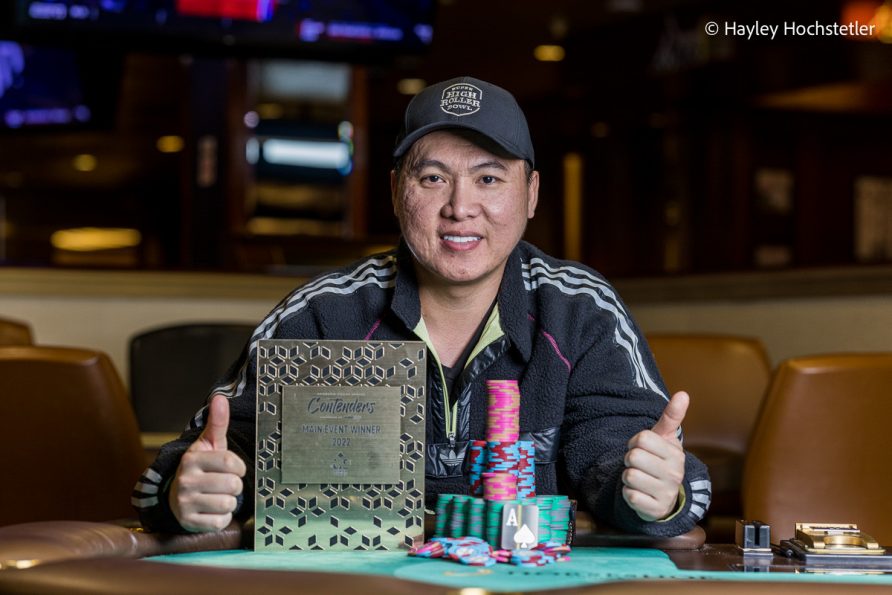 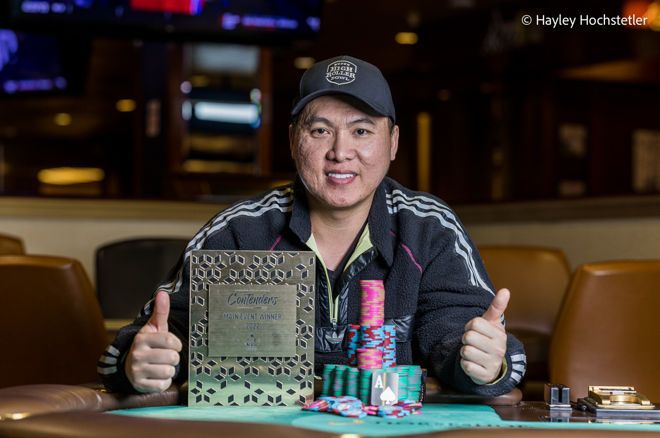 The RunGood Poker Series (RGPS) Contenders Tunica $575 Main Event drew 602 entries over three starting flights, with 150 returning for Sunday’s Day 2 inside the Horseshoe Casino Tunica. A total prize pool of 301,000 was to be distributed to the top 63 finisher, with $66,849 up for grabs to the next RGPS champion.

Ten hours later, the final table of nine was reached, where three players quickly fell before the remaining six played for another two hours without losing a single player. During that time, stacks got into the middle four times, all of which resulted in the all-in player doubling up; and after that fourth time, all six players willingly agreed to split the remaining prize pool evenly and take home $31,234 apiece for their efforts.

Of the six, Max Le had the chip lead at the time of the deal, and he claimed the victory as a result. For his win, he took home the RGPS Contenders Trophy and will earn a seat into the 2022 RunGood Pro-Am that will be played later this year at the PokerGO Studios in Las Vegas.

Also involved in the chop were Teresa Lammie-Anders, David Lee, Matthew Kassela, Brock McCoy, and Kyle Cartwright, with final counts ending in that respective order after Cartwright doubled Kassela up with ace-queen suited to pocket tens, proving to be the catalyst to the deal.

Nearly half of the 150 players to return found their way to the rail in the first two hours of play, as just 80 were left by the first break of the afternoon. From there, play slowed down, and it took over an hour for the next 15 players to fall. Then, Walker Miskelly lost with jack-ten to two players’ ace-kings in David Lee and Matthew Kassela, both of whom would be among the final six standing nearly nine hours later.

Moments after three tables were reached, BJ McBrayer went out in 27th ($1,806) with ClubGG Qualifier Hao Zhu (22nd) and RunGood Ambassador Julie Cornelius (19th) following shortly behind in the same payout bracket. An hour later, 15 remained before four eliminations occurred within a 15-minute period to take the field down to 11. Then, Lee began to catch fire, winning back-to-back coin flips to knock out James Hart (11th – $3,913) and Jay Gray (10th – $3,913) and enter the final table with roughly one-third of the chips in play as the clear chip leader. 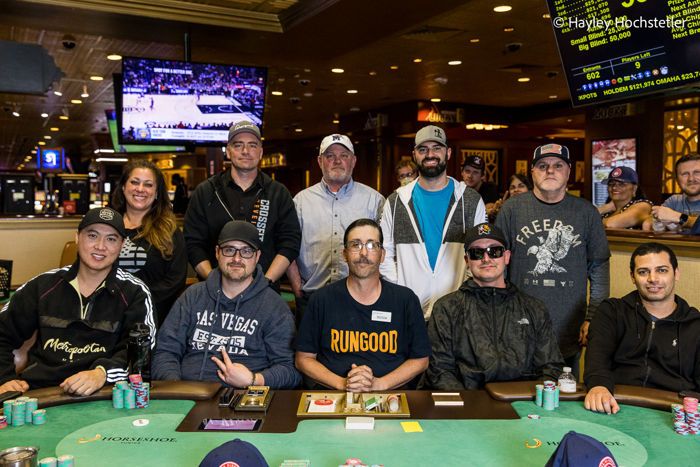 Eliminations continued at an insane pace to start the final table, with Kenneth Douglas being the first to fall after his turned trips from the small blind with six-four lost to a full house of eventual champion Le’s six-deuce, which made a full house. Less than 15 minutes later, just six remained after Myke Hibler shoved king-queen into Kassela’s ace-queen and then Edward Fisher saw his king-nine suited run into two more kings that were held by Lee, on his direct left.

Lee then maintained the chip lead for nearly an hour of six-handed play before losing it to Teresa Lammie-Anders, whose top pair, top kicker held versus an overcard with the nut flush draw against Kassela after she overbet-jammed on the flop with it. For Lammie-Anders, the hold was a microcosm of what wound up being her ticket to glory all day: winning preflop all ins. In fact, Lammie-Anderson found herself down to just 7,000 at one point prior to the bubble bursting and hit a three outer to stay alive before finding a triple and continuing to spin that stack for the remainder of the night.

However, Lammie-Anders then ceded a double of her own when her pocket queens wound up second best against Le’s nut flush with ace-jack of clubs, giving him the chip lead. By this time, six-handed play was nearing two hours in length, and average stacks dropped during that time as the blinds continued to rise. Chips went in all directions, with both Kassela and Brock McCoy also finding themselves short. They would both double, with Kassela then becoming the shortest stack before he also doubled with pocket tens to Cartwright’s ace-queen suited.

After that final double, all six settled on a deal before another hand could be played, marking the end of the tournament with Le taking home the hardware and the title while all six players became $31,234 richer than they were when they arrived for the day.

The RGPS will now head to South Florida for a recently-announced stop at Seminole Hard Rock Coconut Creek.

Excited to announce that @RGPokerSeries will return to #CocoPoker on April 21st for a twelve day series in the Poke… https://t.co/DnYuGAtscv