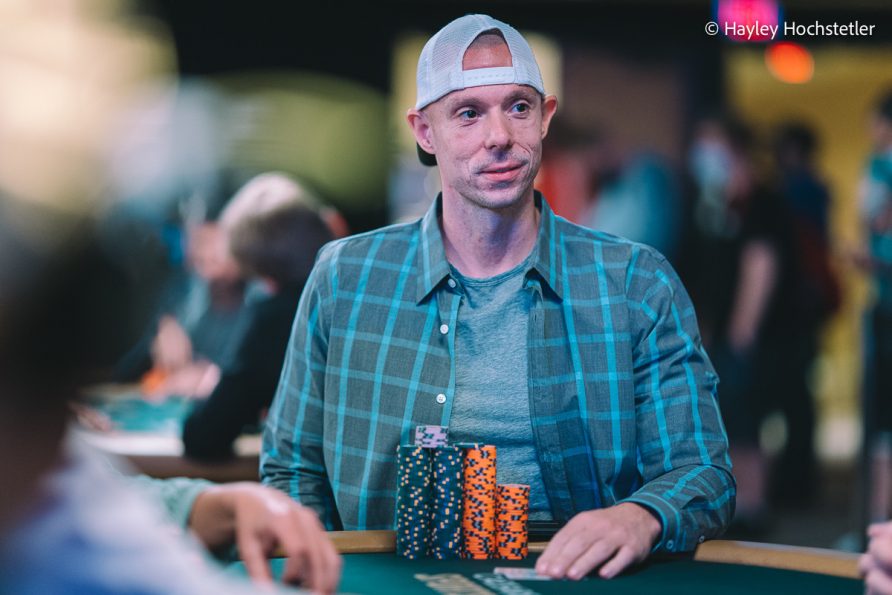 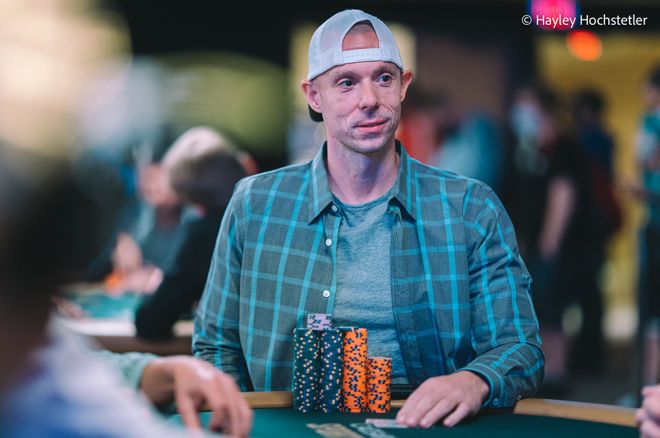 From March 20-27, Darren Elias, Andrew Neeme, and Matt Berkey all played host to a series of events from the home states for BetMGM’s March Poker Mania. Players in New Jersey, Michigan, and Pennsylvania turned out for their share of $1.3 million in guarantees in a series that was capped off with a weekend of tournaments that included a 32-player heads-up bracket and a $1,060 Main Event in each state.

Berkey stole the show on the final day of the series with a win in a wild finish in Pennsylvania, while “s7udz88” and “GogoYubari” took down the Main Events in Michigan and New Jersey.

Berkey came from behind in late final table play to defeat Edward “Hisoka” Leonard, who held a commanding lead throughout the end stages. Finishing in third place was “MrSchneebly”, who nearly made it back-to-back victories after winning Saturday’s Heads-up Bracket Challenge.

Berkey got off to a great start soon after joining the tournament, and he held the chip lead at one point before falling back into the middle of the pack.

It was near the bubble when Berkey made a big move, knocking out “Love2Lose22” to move among the leaders with thirteen left to play. Moments after “MrSchneebly” knocked out “Until_Wilted” to burst the bubble, Berkey went on a streak of three straight knockouts and the BetMGM Ambassador entered the final table as chip leader.

Shortly after “pa500” eliminated “luckybluffer777” in eighth place, “MrSchneebly” knocked Berkey near the shorter stacks when he caught a nut flush on the river. “bottleopener” was soon out in seventh place when “Gail the Snail” held with pocket queens. Leonard then doubled through “pa500” and the merry-go-round left the new leader with over half the remaining chips.

As the tournament entered three-handed play, the win looked to be in hand for Leonard, and he held just under half of the chips remaining in play. However, Berkey soon changed the status quo and doubled with pocket tens when Leonard got overzealous with king-five. Berkey held the lead for a moment, but Leonard was slightly ahead a few orbits later for a dramatic three-way pot that decided the tournament.

Berkey open-shoved from the button for just over 3.7 million with

and “MrSchneebly” called for their last 1.1 million with

. Leonard woke up with

and called both players to try and end the tournament with a double knockout. The board ran out with no help and Berkey’s jacks held on to take an insurmountable lead while knocking “MrSchneebly” out in third place. The big moment came just one hand later when Leonard was committed with queen-five, but Berkey held on for the victory with king-seven.

Check out the BetMGM March Poker Mania Hub on PokerNews

After more than six hours of play, it was “s7udz88” who ended up coming out on top in this 92-entrant field. After being eliminated in the round of 16 of the Heads-Up tournament yesterday, he came out on top today to take down the biggest prize of the BetMGM March Mania series in Michigan.

The tournament began with 92 entrants. Players like Neeme and Mario “marioparty” Arribas, “FreeTupan” and yesterday’s champion “TreeGuy88” were unable to find success in the early going of the tournament, with “TreeGuy88” even firing four bullets.

The first few eliminations of the final table were fast and furious, with “DoneYetOhYes” falling in 8th place($3,250) after their ace-king failed to improve against the pocket twos of “s7udz88”.

Shortly after, “georgejanssen” bluff-shoved into “ErikBachman” with bottom pair and the nut flush draw, only to get looked up by pocket kings. The player who brought the tournament into the money, could not find the flush on the river and they were eliminated in 7th place($4,150).

After losing that flip, “Wilma Dicfit” went out the door in 5th place($7,350) when they once more could not win a flip against “Sureloc4444” as their queen-jack failed to improve against ace-seven.

“FishyFish495” came into the final table with the shortest stack by far, but was able to ladder up many times before finding their run ending in 4th place($9,500) when they got in their chips with two-five suited and could not improve against the jack-ten of “Sureloc4444”.

Three-handed play was where the pace slowed down significantly. “Sureloc4444” had the most chips at the start, but both “ErikBachman” and “s7udz88” each took big pots off of him, which put him at the bottom of the chip counts. Eventually, he got all of his chips in with a queen high flush draw against the top pair of “s7udz88” and could not improve, leaving him with a podium finish of 3rd place ($12,750).

Only one hand of heads up occurred and it saw “ErikBachman” getting in his chips with pocket threes against the pocket queens of “s7udz88”. No improvement was found on the board and “EricBachman” was eliminated in 2nd place($17,500), giving the title to “s7udz88”.

Check Out Matt Berkey and Darren Elias on the PokerNews Podcast

It took 35 levels for “GogoYubari” to emerge as the winner of the New Jersey leg of the March Poker Mania Main Event after outlasting 80 entries to take down the top prize of $29,330 after a deal was struck heads-up with runner-up Alex “Hashtag_Hashtag” Rocha.

The winner went on a sun-run at the final table, knocking out all of the final five players to bust. They either had the best of it when the money went in, or got there when they needed to, crushing the final table.

It was when play got heads-up that “GogoYubari” faced their biggest challenge. Alex “Hashtag_Hashtag” Rocha came into the heads-up battle with a big chip deficit but managed to even it up. The players decided to make a deal at that point, locking up $22,000 each and leaving $7,330 on the table to play for.

From that point on, “GogoYubari” once again dominated the play, chipping away at Rocha’s stack, then using the big stack to put Rocha in spots for his tournament life. Rocha held on for about half an hour, but eventually got his final million or so in with king-eight only to run into ace-queen.

Be sure to keep it with the PokerNews team in the future for highlights of all of your favorite tournaments around the world and online.