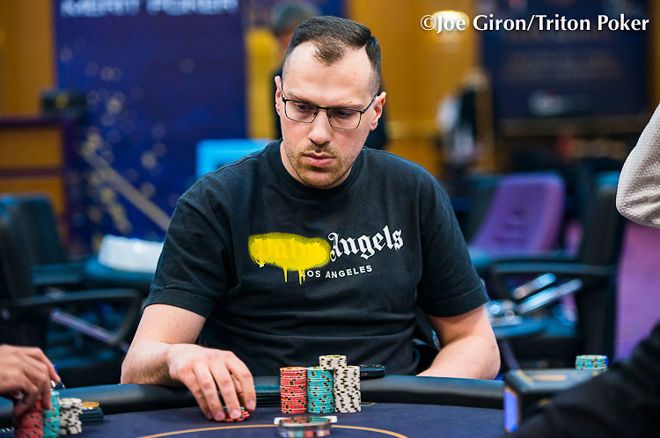 This river changed everything…

Today we have an absolutely SICK runout on this GGPoker final table! Everybody loves flopping a boat, but sometimes it can be as much of a curse as it is a blessing.

in the big and opted to just call to see a

The out-of-position player, in this case Martirosian, is going to check every time, and Vousden continued for 418,500, which was a bigger bet at about three-quarters of the pot. Martirosian called with ace-high and then instantly checked when the

turn gave him a full house.

Vousden bet again, this time 1,046,250, and I think this is a spot where Martirosian should just call. But what would you do in this spot?

This is a tricky one and I don’t think it’s clear cut. I don’t like jamming as you’re only likely to get called by better. As it happened, Martirosian did just call and the

paired the board on the river to put jacks full of sevens on the board. What a sick card and strange pot.

In scenarios like this where you could be against the nuts, I think you probably just want to check. That said, if you think Vousden literally never has a jack and you think he wouldn’t raise a bet with any bluffs, then I think leading does gain a little bit of merit. 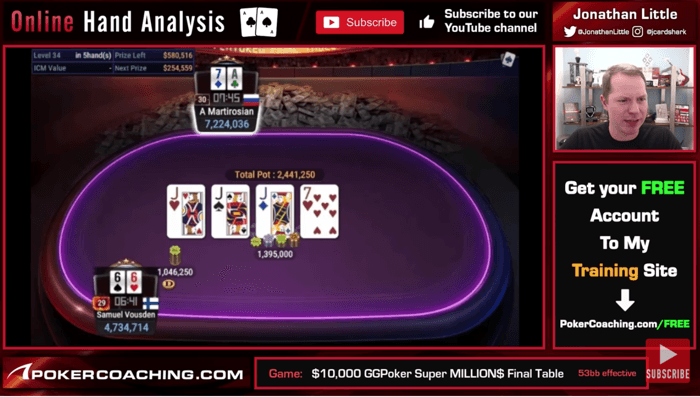 If Martirosian had a jack, he would’ve just check-called the flop and turn, which he did, so the story is there for him to represent. Indeed, Martirosian did lead out for 2,064,000, and then Vousden ripped it all in for 4,734,714, or about 2.7 million more.

So how did it play out? Martirosian did call and the duo wound up chopping the pot.

For more on this hand check out my breakdown in the following video:

Jonathan Little is a professional poker player and author with over $7,000,000 in live tournament earnings. He writes a weekly educational blog and hosts a podcast at JonathanLittlePoker.com. Sign up to learn poker from Jonathan for free at PokerCoaching.com. You can follow him on Twitter @JonathanLittle.