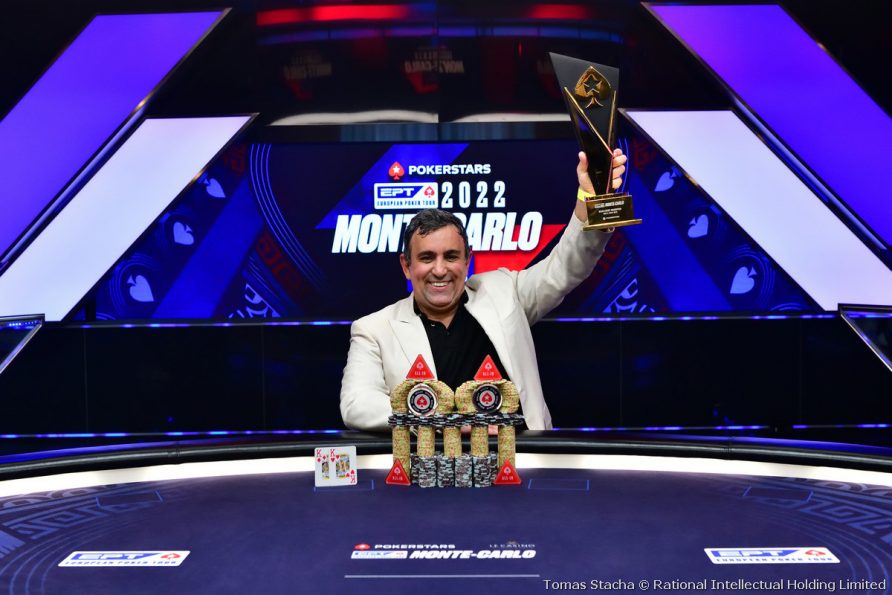 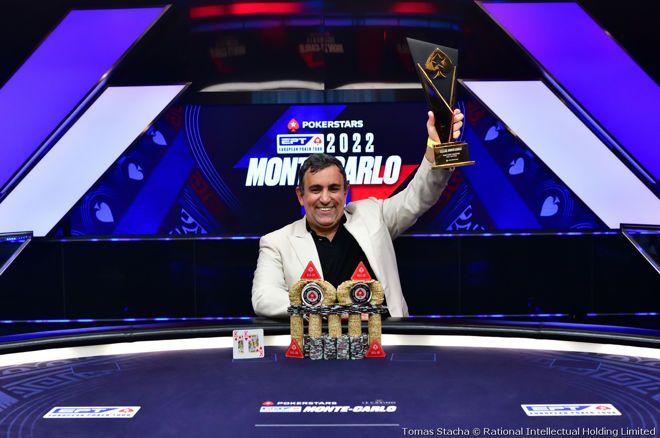 After a short-lived heads-up duel with Morten Hvam, Mesqueu secured the biggest portion of the €5,204,050 prize pool, which was also the second-biggest EPT Main Event in the history of the stop at Le Sporting Monte Carlo.

While players from the South American poker powerhouse nation have made several deep runs in the marquee event of the popular live poker tour and sponsoring site PokerStars features three countrymen on their roster of ambassadors, it was the first EPT Main Event title for Brazil. Prior to his victory on the French Riviera, most of his live poker results came from home soil. Mesqueu won the leaderboard of the Brazilian Series of Poker (BSOP) in 2019 and currently sits in second place with a decent shot of a repeat victory.

The top prize of €939,840 represents the far biggest cash of his career and the same also applied for runner-up Hvam. In December 2019, the Dane already came close to glory and finished 13th in the EPT Prague Main Event for €55,690, which he now eclipsed over tenfold, with a consolation prize of €564,640.

Also featured on the final day were Moldova’s Dragos Trofimov, Jaime Cervantes on his first trip to Europe, French bracelet winner Hugo Pingray and German PokerStars qualifier Erkan Soenmez. PokerStars ambassador Ramon Colillas and Yannick Cardot had reached the official eight-handed final table but were eliminated at the end of Day 4 to set the stage for the grand finale. 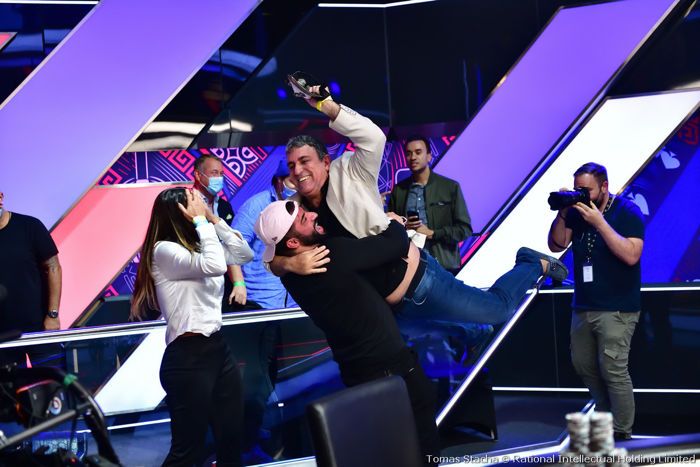 “To be the first Brazilian to win an EPT Main Event, that’s a legacy that will remain in history. Whenever anyone talks about this victory, my name Marcelo Mesqueu will always be there. That’s very rewarding.” Mesqueu said to PokerNews.

“Everyone knows that Marcelo Mesqueu is the EPT Main Event champion!”

“I have five children, five grandchildren, two stepsons and many nephews. Everyone was watching. They went to my house and had a barbecue and everyone watched it together. Now they are calling me and celebrating. We didn’t tell them to avoid spoiling the stream, but by now they all know! Everyone knows that Marcelo Mesqueu is the EPT Main Event champion.”

It’s also no secret that PokerStars Ambassador Neymar is a huge fan of poker and Mesqueu drew inspiration from the scintillating Brazilian soccer player.

To round off his special trip Monte Carlo, Mesqueu thanked his rail and the support from his home nation. He told PokerNews, “I send a huge hug to Brazil. Brazilians made this happen. This title is mine, the hand is mine, the decision-making is mine but the energy came from around the world – Brazilians were even calling me from Japan. The victory is down to everybody, not just myself.”

How to Win a PokerStars Players Championship Platinum Pass 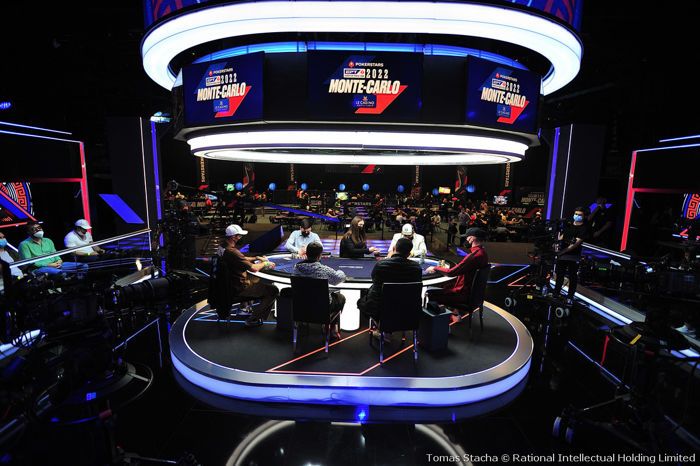 Until the dinner break, there were only two all-in showdowns both of which featured Marcelo Simoes Mesqueu and Jaime Cervantes. The American first doubled and was then denied another double despite turning set with pocket nines versus ace-king. While all middling stacks traded the chips back and forth, Mesqueu sooner than later assumed control and stormed into a commanding lead thanks to using his growing advantage with relentless aggression. The Brazilian could seemingly not put any foot wrong and amassed an enormous lead over the other five contenders.

As the final six returned to a very cagey setup with the shortest stacks below ten blinds, it was Dragos Trofimov who doubled through runaway chip leader Mesqueu. The Brazilian however made up for it by knocking out Erkan Soenmez shortly after with five-trey getting there to beat the ace-deuce of the PokerStars qualifier from Germany in a preflop contest.

It opened the floodgates for a frantic period in which the tournament went from six to two hopefuls in the span of just half an hour.

Mesqueu also came from behind to crack the ace-king of Pingray with king-nine as he spiked a nine on the turn much to the delight of his Brazilian rail, which went nuts once the river bricked off.

Cervantes was flipping for his tournament life against Hvam with ace-jack versus pocket nines but found no help to bow out in fourth place. He was followed to the rail by Trofimov, who laddered up a few spots but missed a maiden EPT Main Event title for his home country of Moldova.

Brief deal discussions came to no conclusion and Mesqueu never lost his commanding lead despite two double-ups for Hvam when the Dane was getting it in with a severe short stack. Ultimately, Hvam risked it all for a third time with a gutshot in a three-bet pot but the pocket kings of Mesqueu prevailed to let his rail from Brazil commence with a boisterous celebration.

Among those to support their countryman en route to victory was also Lucas Scafini, who came out on top of the biggest France Poker Series €1,100 Main Event in Monte Carlo for a payday of €250,000. With two major victories during the series on the French Riviera, Brazil has once more confirmed that is the up and coming poker nation on the live and online poker circuit.