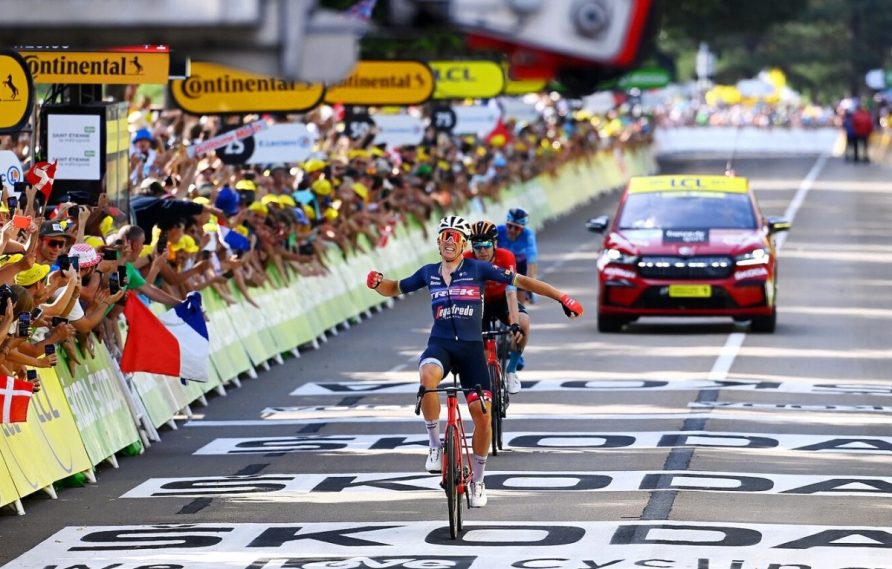 Here come the Danes! For a third time in the last four stages, a rider from Denmark took the top step on the podium with a stage win. On Friday, Mads Pedersen from Trek-Segafredo secured his first stage victory in the 2022 Tour de France with a breakaway sprint finish in Stage 13 at Saint-Etienne. 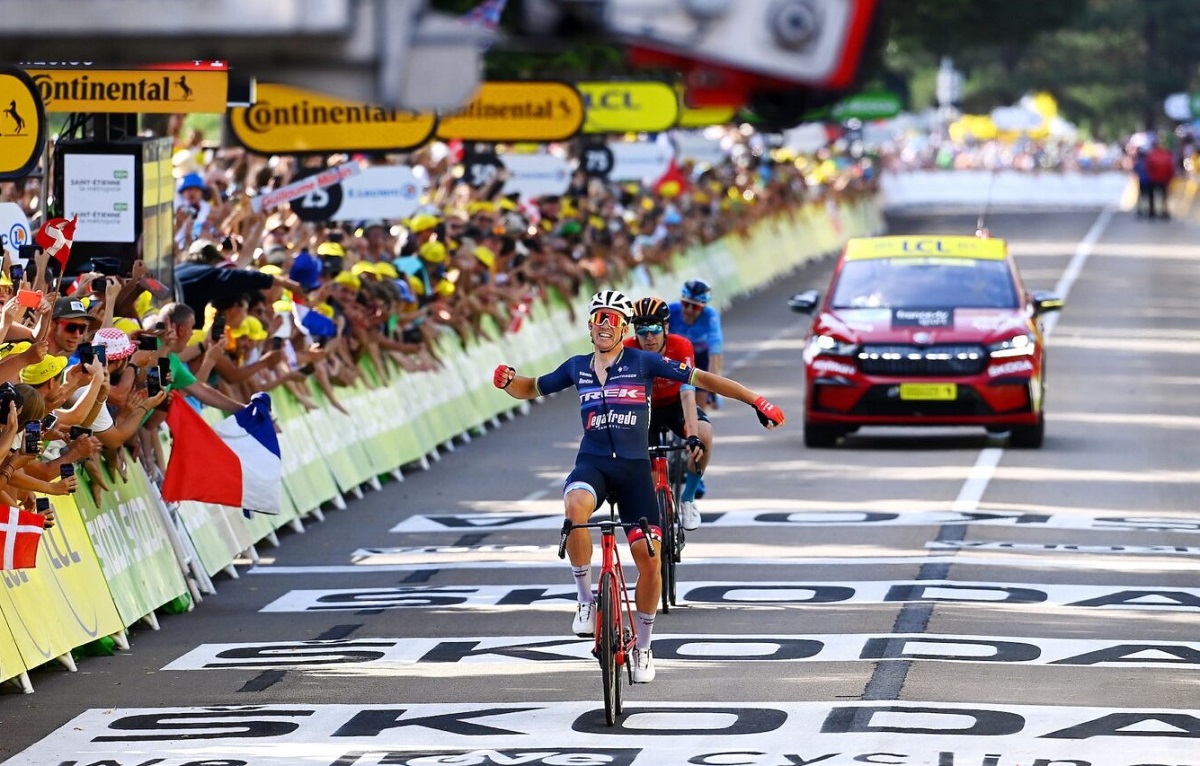 Pedersen – a former world champion – was a part of an initial seven-man breakaway, but he attacked with 10 km to the finish line, and only Fred Wright (Bahrain Victorious) and Hugo Houle (Israel-Premier Tech) followed. Pedersen held off Wright and Houle in an exciting sprint finish.

Once again, a couple of Americans were in the breakaway including Quinn Simmons (Trek-Segafredo) and Matteo Jorgenson (Movistar). Jorgenson finished in fifth place and 30 seconds behind Pederson. Simmons provided Trek-Segafredo an advantage by controlling the front of the race from the start, which benefited his teammate Pedersen.

“For a long time I thought it was a mistake to be in the break, because we only had two minutes, but in the end it paid off,” said Pedersen. “Today it was super hard for everyone. Everyone was really on the limit.”

Trek-Segafredo secured their first stage victory with a huge win in Stage 13 thanks to Pedersen.

“It’s incredible to finally take a win, said Pedersen. “I definitely missed out on some opportunities in the first week. We came here with riders only for stage wins and now we have one, so it’s a big relief.”

Stage 14 is a hilly 192.5 km ride from Saint-Etienne to Mende. It’s a highly technical stage punctuated with five categorized climbs including four Category 3 and a heck of a Category 2 ascent to end the race. There’s a summit finish at the Cote de la Croix Neuve Montee Jalabert with a punishing and steep 11% gradient at its most difficult segment. Even though it’s a short 3 km climb, it could be the spot where Pogacar makes a move on Vingegaard to cut into his lead.

There was no change in the GC standings after Stage 13. Vingegaard still holds a 2:22 lead over Pogacar in second place, and 2:26 over Geraint Thomas (Ineos) in third place. Romain Bardet (DSM) held on to fourth place and he’s only nine seconds away from a podium spot. Adam Yates (Ineos) rounds out the top five.

Vingegaard continues as the betting favorite to win the 2022 Le Tour at -300 odds. Pogacar is +275 odds to come-from-behind to defend his title with a third-straight win, but he’s running out of time to shave time off Vingegaard’s lead before the Pyrenees. Thomas is +1600 odds to win his second Tour de France crown.