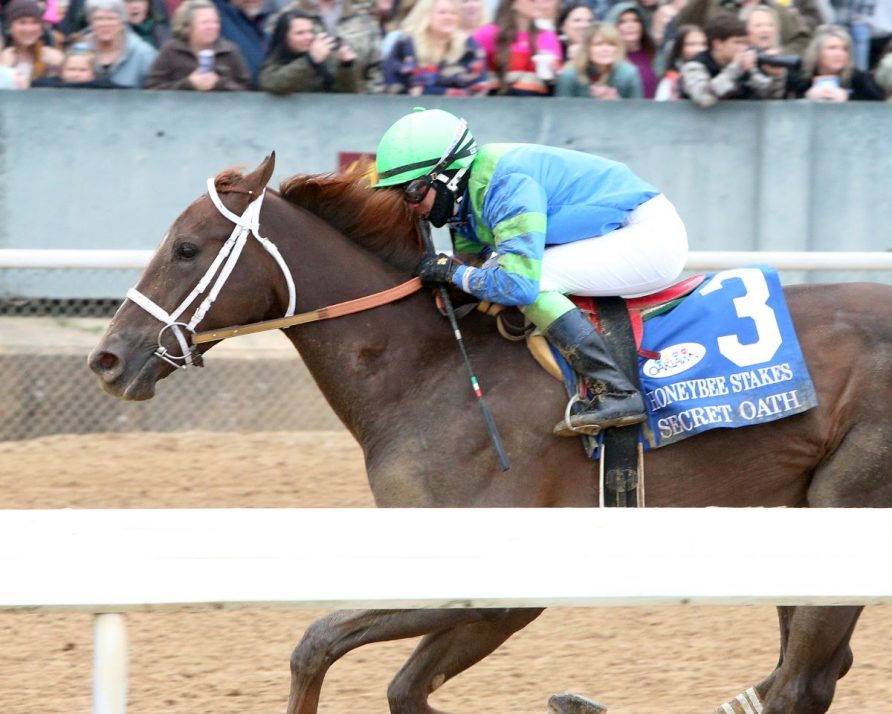 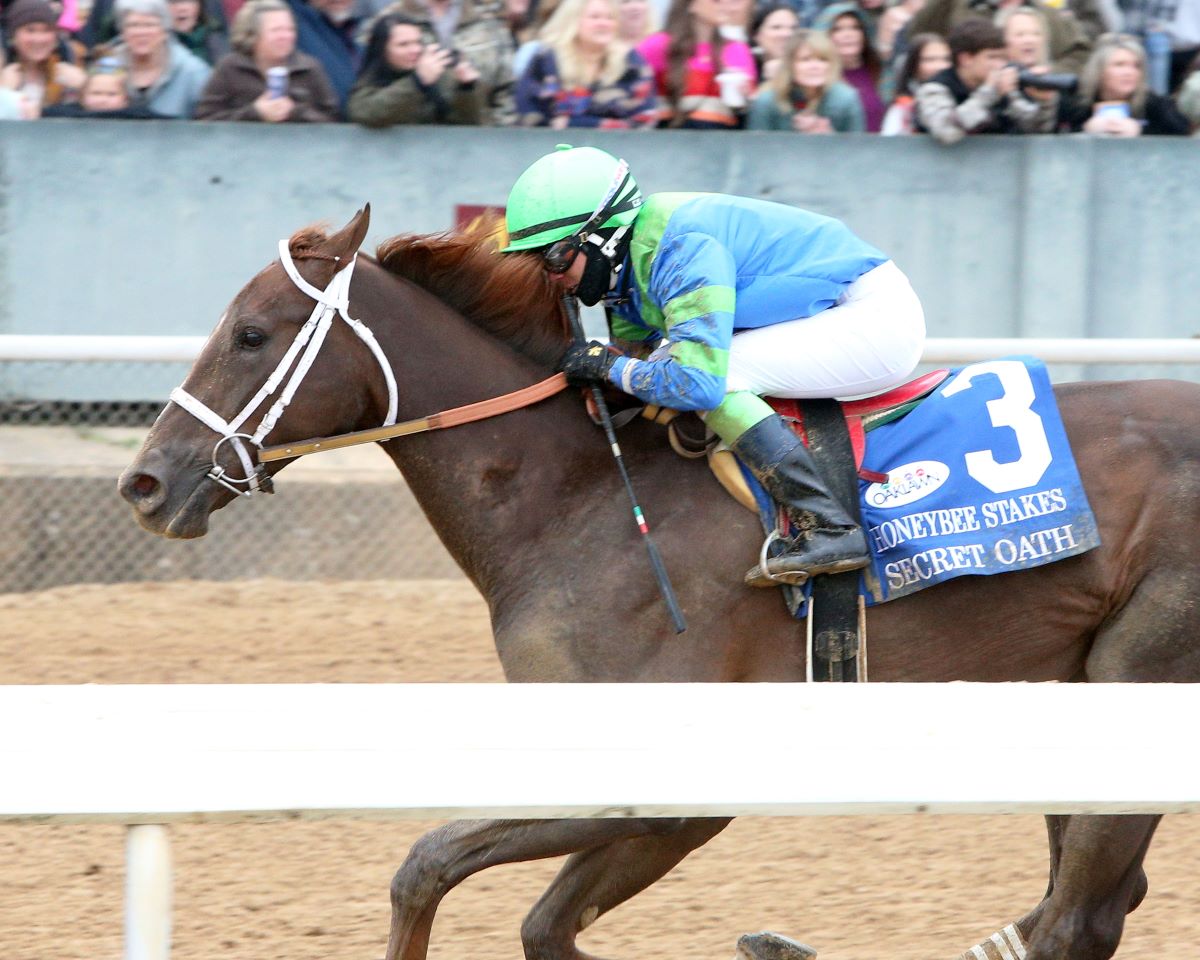 When you dig deeper, the move to run Secret Oath in the 1 1/8-mile Arkansas Derby makes sense on numerous levels. First off, Secret Oath already qualified for the May 6 Kentucky Oaks through her victories in the Martha Washington and Grade 3 Honeybee Stakes. Her 60 points from those two races puts her safely in that field, where Lukas said she’ll run. Secret Oath closed as the 7/2 second choice in this weekend’s lone Kentucky Oaks Future Wager pool.

Should Secret Oath finish first or second in the Arkansas Derby, a 100-40-20-10-point race for the top four finishers, she’ll have enough points to run the Derby. Right now, that’s not on the radar of either Lukas or owners Robert and Stacy Mitchell.

“I’ve got the Oaks, anyhow,” Lukas told Oaklawn’s Robert Yates. “That’s where I’m going. We have no plans to run in the Derby now. That’s not chiseled in stone, either, but that’s the way the Mitchells feel. They don’t want to run in a 20-horse field. They feel like the Oaks is every bit as prestigious.”

Running fillies against colts is straight out of Lukas’ playbook. And it’s straight out of his playbook for this race. He won the 1984 Arkansas Derby with Althea. Lukas’ coup of coups was winning the 1988 Kentucky Derby with filly Winning Colors. In 1986, Lukas’ Lady Secret won the Grade 1 Whitney at Saratoga en route to being named Horse of the Year. Then, there was Serena’s Song, who finished 16th in the 1995 Derby, then went on to win the Haskell two months later at Monmouth Park.

Secret Oath clocked a career high 100 Equibase Speed Figure for the Honeybee. Un Ojo, who is expected in the Arkansas Derby, clocked a 91 Equibase.

“First of all, you want to absolutely think that you are as good as any of the other 3-year-olds that might show up and you don’t really know who is going to show up,” Lukas said. “And then second, you consider that she’s been here at home. If you’re going to step out of the box, that’s probably a good spot to do it. She’s been successful on this racetrack. The third thing is a million, two-hundred fifth thousand is probably the most attractive purse she’ll ever run for. I was thinking the other day that it will be hard to imagine she’s going to run for a bigger one, except in the Breeders’ Cup. So we factored that in.”

Finally, there is a timing element. Either the Oaks or the Derby come five weeks after the Arkansas Derby, a change from the three-week span between the races run between 1996 and 2021. That’s a sweet spot for Lukas from a time factor and a byproduct of Oaklawn’s extended, 66-day race season.