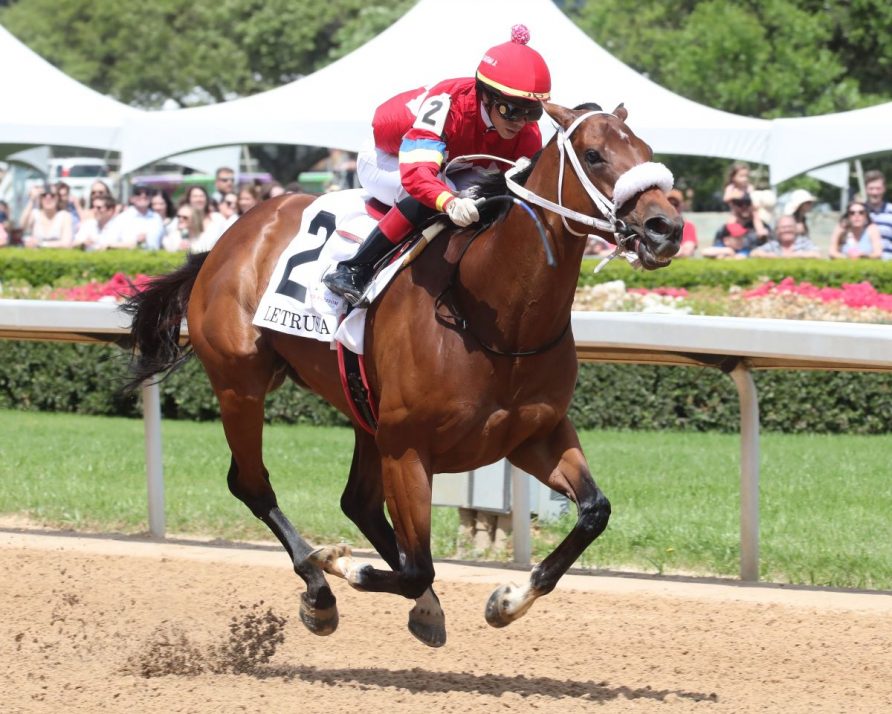 This Letruska script is one we’ve seen before. After all, it bears a striking resemblance to the 2021 script for the powerful, now-6-year-old mare. 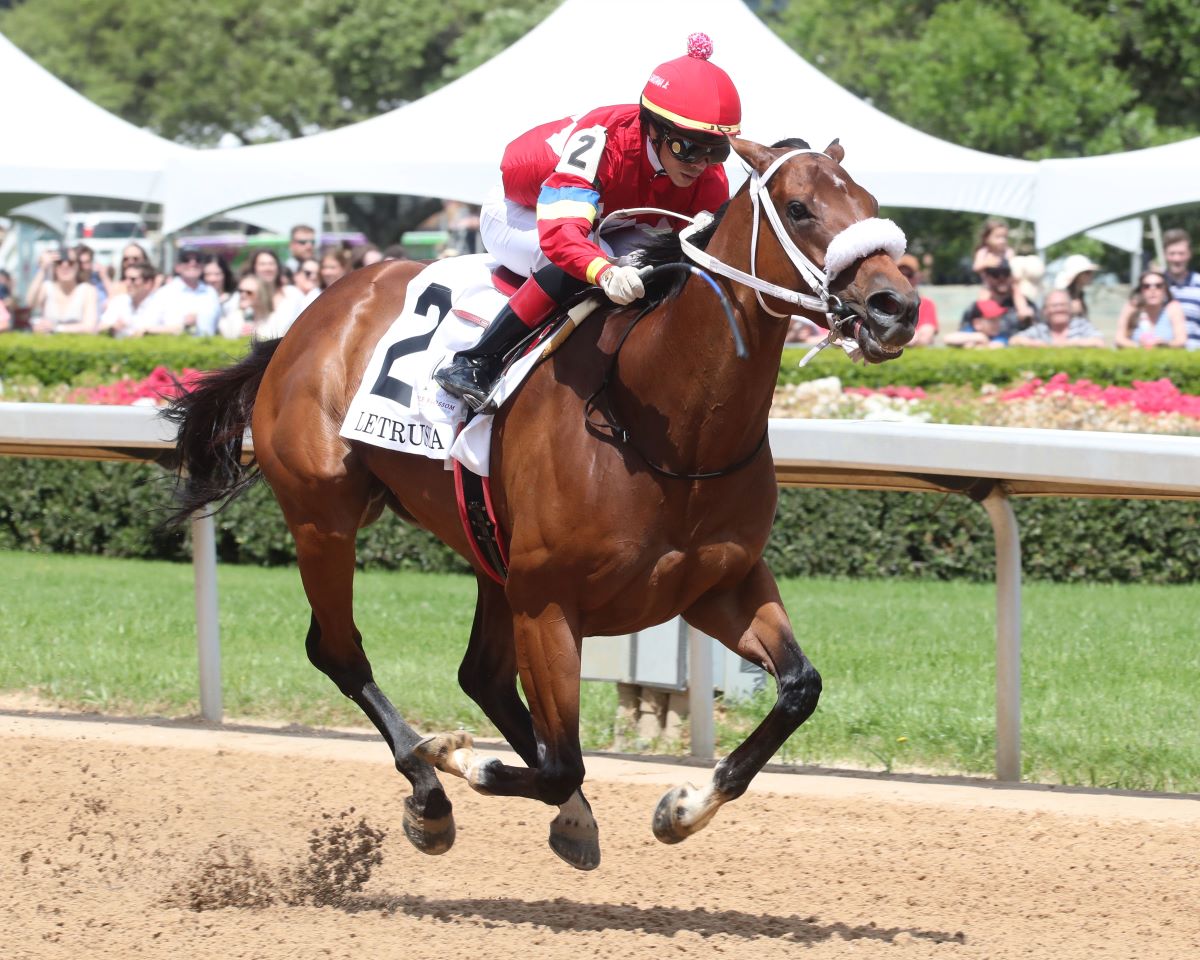 Win Apple Blossom Handicap at Oaklawn Park. Head to Kentucky to train for the Grade 1 Ogden Phipps at Belmont Park. Leave no mistake who the top older filly or mare in the country is.

Before heading back to her Keeneland base Sunday, Letruska ran nicely to her 4/5 odds Saturday. She wired a field featuring fellow Champion Ce Ce and two Grade 1 winners: Clairiere and Maracuja, beating Clairiere (6/5) by 1 ¼ lengths. Ce Ce (7/2) finished a half-length behind Clairiere, with Maracuja 17 ½ lengths behind Ce Ce in fourth.

“This was a race that had a very easy form to read,” trainer Fausto Gutierrez told Oaklawn Park’s Robert Yates Sunday morning. “The complicated part was the quality of the horses. OK, we are the speed and the other ones come from behind. Ce Ce nearer to us than Clairiere and both are very strong horses. Really, when we entered the stretch, I had a sensation, like those two were coming very strong. Very, Very dangerous, Ce Ce and then Clairiere. But again, she ran with the class that helped her win an Eclipse, all the races she won.”

Gutierrez said Letruska came out of her second consecutive Apple Blossom victory well. That victory made Letruska only the fourth filly or mare to win multiple Apple Blossoms. She joins a roster including Paseana (1992, 1993), Azeri (2002, 2003, 2004) and the iconic Zenyatta (2008 and 2010). All three are in the National Museum of Racing and Hall of Fame.

Yes, all this bears a resemblance to Letruska’s 2021 campaign, where she won six races – four of those Grade 1s – and romped to that Eclipse Award as Champion Older Dirt Female. But Gutierrez said the Apple Blossom and Ogden Phipps, which Letruska won by 2 ¾-length gate-to-wire fashion last year, doesn’t mean she’ll roam the continent again.

Even with lighter schedule, Letruska has a couple familiar stops

Gutierrez said, however, she will end her season again at the Breeders’ Cup Distaff. That was one of two races Letruska lost last year.

“It’s complicated sometimes to speak about a plan, but the idea is to have less races than last year, especially less trips,” Gutierrez said. “You never know because you can have surprises, but the idea is to go to Belmont (Stakes) Day, to the Phipps.”

Letruska will go to Belmont by way of Keeneland with 19 wins in 25 starts and earnings just shy of $3 million. You’ll see her again and again. Just not quite as much.