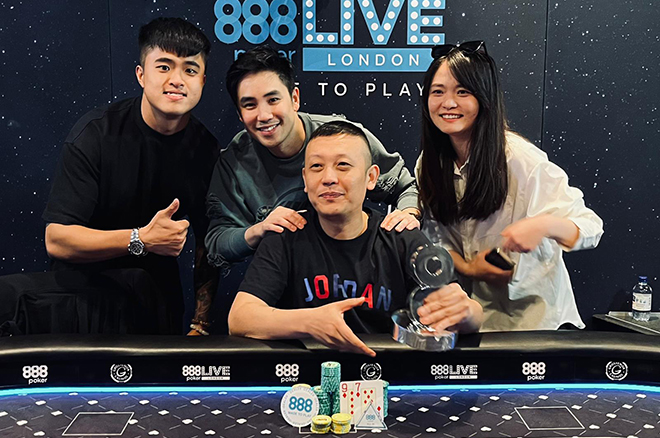 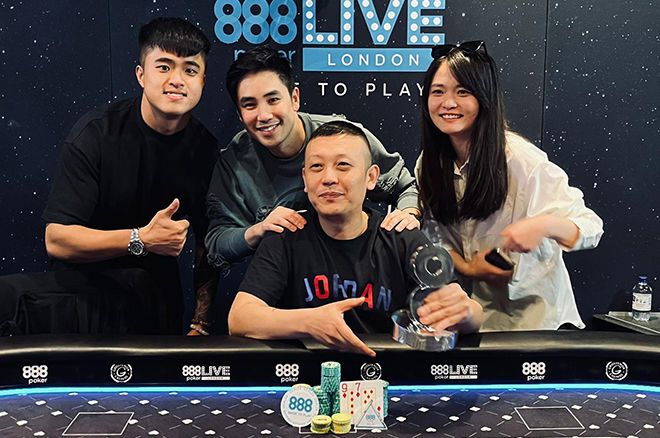 Lei Wang helped himself to the largest live poker tournament score of his career when he came out on top of a 61-entry field in the 888poker LIVE London High Roller event. Wang banked £49,180 after a heads-up deal with Akz A.

The High Roller final table took place under the watchful eye of the 888poker Twitch stream audience and it was an exciting encounter. The 888poker Twitch team will be on hand again from Saturday as they bring you coverage of the £2,100 Main Event, which PokerNews’ live reporting team is also covering.

The 61-strong crowd paid £3,000 for the chance to become the tournament’s champion, creating a £167,750 prize pool as a result. Only the top eight finishers won a slice of this pot, so spare a thought for Henrik Hecklen who bowed out in ninth and burst the money bubble.

Abraham Passet was the first player to bust in the money place. Adam Miller opened with pocket tens, Passet three-bet all-in for 74,500 with king-jack from the cutoff, and Bixi Yao fur-bet jammed for 106,000 with pocket aces, in the big blind, and Miller found a fold. A seven-high board sent Passet home.

Knock Out Eubank Jr and You’ll Be Heading to Vegas on 888poker’s Dime!

Yudhister Jaswal was the next player out of the door. The short-stacked flopped a set of deuces against the flopped two pair of Miller, made with king-jack. However, a king on the turn gave Miller an unbeatable full house, busting Jaswal in seventh place.

Sixth place and £9,600, the last four-figure prize of the evening, went to Jack Benson. The soon-to-bust Benson was down to a tiny stack and he got it into the middle with queen-eight of diamonds only to run into the pocket jacks of the hot-running Wang. Benson flopped an eight and a flush draw, but bricked the turn and river to bust.

Ajay Kejriwal fell in fifth and headed to the cashier’s desk to get his hands on £12,100 in prize money. Akz A limped in but ducked out of the way when Kejriwal moved all-in for 122,000 and Wang came over the top with a 711,000 shove. It was ace-ten for Kejriwan and pocket jacks for Wang. Kejriwan turned a ten but couldn’t find any more outs on the river.

The final four became three with the elimination of Miller. Akz A open-shoved for 362,000 with ace-try of spades, Wang called in the small blind with the dominating ace-king, and Miller was all-in from the big blind with the lowly seven-five. The king-deuce-five gave something to everyone, with a four on the turn gifting Akz A a straight and a massive pot. Miller banked £16,750 for his fourth place finish.

Heads-up was set when Yao crashed out the first hand after a scheduled break. Yao open-shoved for a handful of big blinds on the button with jack-nine of clubs, and Wang looked her up with king-queen. A queen on the flop proved enough to bust Yao in third for £24,350, an incredible result considering she sat down with only nine big blinds at the start of the final table.

Akz A held a 1,200,000 (46 big blinds) to 665,000 (26 big blinds) lead over Wang going into heads-up. A topsy turvy heads-up battle saw neither player able to shake off the other, so it was unsurprising the heads-up duo struck a deal. Wang had reclaimed the lead when the players looked at the numbers and, therefore, won the largest prize. Wang came away with £49,180 and the title of champion, while Akz A reeled in £42,220. 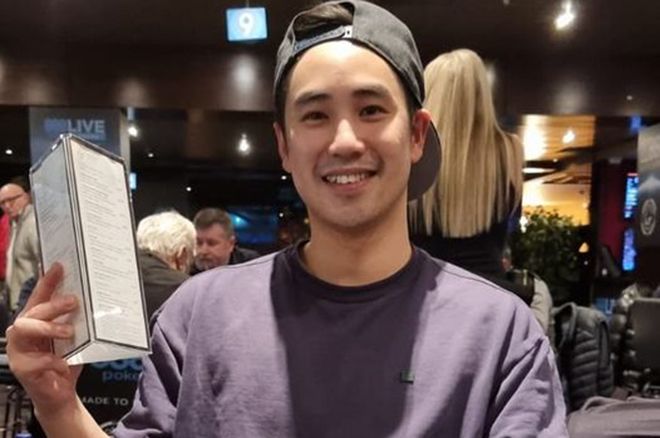 Three other players became 888poker LIVE London champions before Wang got the job done in the High Roller. Lorenc Boci took down the 888poker Cup, outlasting 258 opponents to turn his £1,000 into an impressive £50,582.

Rafa Naves is another player who has earned himself a trophy. Naves triumphed in the £444 Big Shot and saw his bankroll increase by £26,080.

Get yourself down to the Victoria Casino in London this weekend if you want to get involved in some high stakes action. Day 1B and 1C of the £2,100 Main Event take place on April 29, with a PLO High Roller 4-5-6- card event shuffling up at lunchtime on April 30.