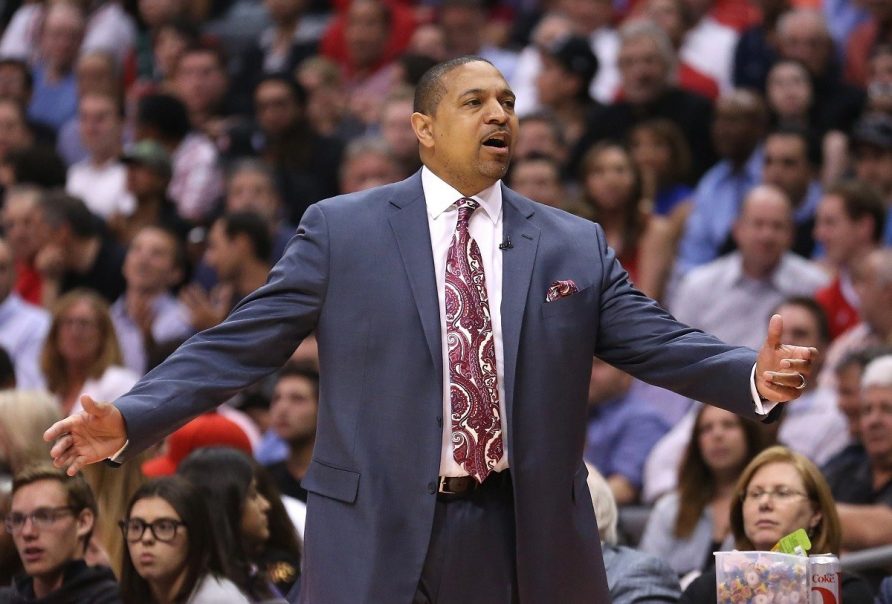 The Los Angeles Lakers need a new head coach after they fired Frank Vogel on Monday, and LeBron James already hinted at someone he likes for the job — Mark Jackson. But many fans would rather not have Jackson, who ran an antiquated offense with the Golden State Warriors, and the team finally won a championship after they replaced Jackson with Steve Kerr. 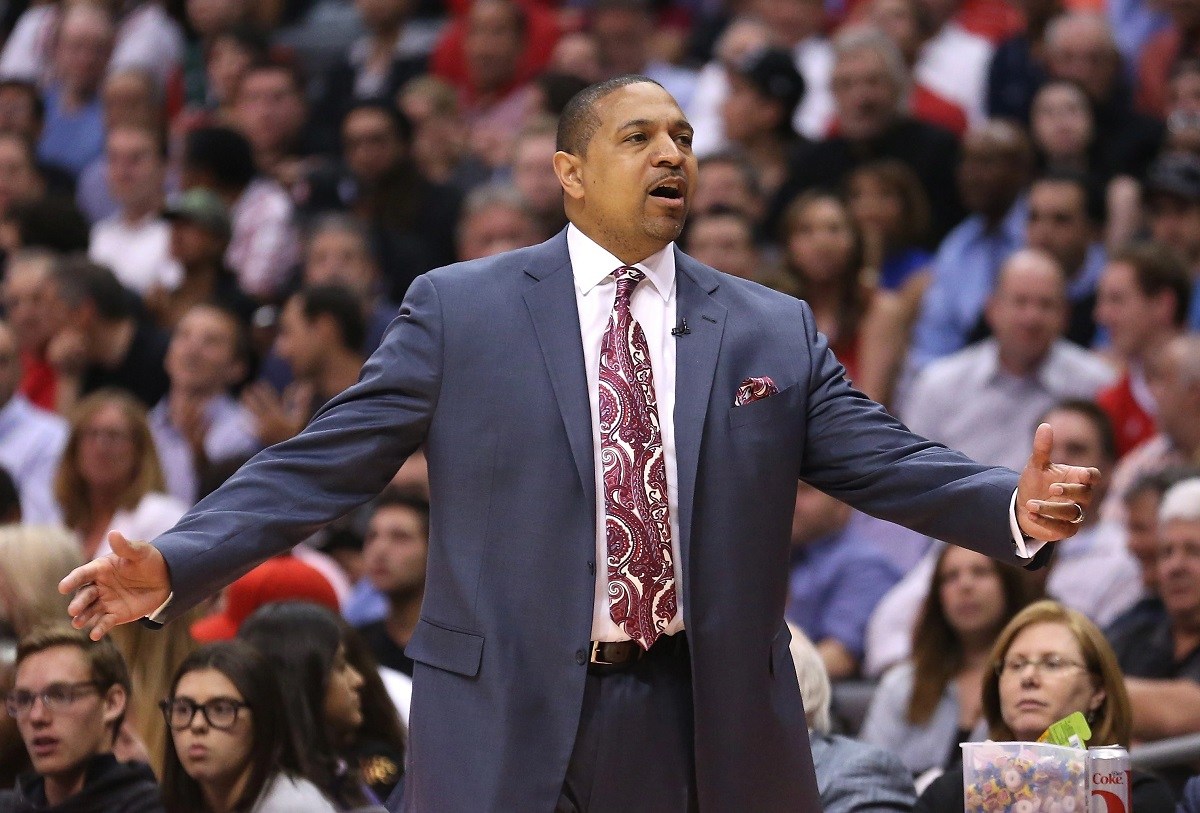 Mark Jackson on the sidelines of a Golden State Warriors game in 2013. (Image: Getty)

Other notables on the short list include Nick Nurse from the Toronto Raptors, and Juwan Howard from the Michigan Wolverines. Assistant coach David Fizdale seems like a safety choice for the Lakers. He’s already on the payroll, familiar with the team, and almost took over if the Lakers fired Vogel in January. However, if Fizdale had a legit shot, then LeBron would be lobbying for Fizdale in the media, and not Jackson.

Back in the summer of 2019, LeBron lobbied heavily for Ty Lue to replace Luke Walton as head coach. However, the Lakers would not meet Lue’s salary demands, so he took the Clippers job instead. The Lakers settled on Vogel, who ended up winning the championship in his first season despite the pandemic-shortened season.

This time, LeBron likes Jackson. But how will this play out?

“Sources say LeBron James would be very enthused by the prospect of Mark Jackson landing the job,” wrote Sam Amick from The Athletic. “But as history tells us, that doesn’t mean it will actually happen.”

Jackson played 17 seasons in the NBA as a point guard and got his start with his hometown New York Knicks after playing college ball for St. John’s. After his playing days ended, Jackson pivoted to coaching. He was the head coach of the Golden State Warriors for almost three seasons between 2011 and 2014 and amassed a 121-109 record.

Jackson is a coach that’s better suited to oversee reclamation projects or rebuilds. He’s not the type of high-profile coach that’s coming in to specifically win a title. Jackson helped rebuild the Warriors when they were awful, and turned them into a playoff squad. But the team realized they needed a better coach to take them to the championship level. That’s why they brought in Steve Kerr, and he won three titles for the Warriors.

Jackson has not coached since he got fired in 2014 and spent the last eight years as a TV analyst.

In the last 48 hours, Snyder — head coach of the Utah Jazz — distanced himself from the Lakers job because of how the team handled the Vogel dismissal, especially just two years after he won them a championship. NBA head coaches are like a fraternity and there’s solidarity among the small, yet eclectic group of coaches that have one of the toughest job in pro sports. Many coaches would love to coach the Lakers, but there’s significantly more that would pass up on an offer after the treatment of Vogel.

Coaches often become the scapegoat for an inept franchise (e.g. the Knicks), or they get thrown under the bus from the front office due to poor decisions from the general manager, or they get canned because you cannot fire a player. Anyone that even remotely follows the Lakers knows Vogel was the scapegoat for a disastrous season caused by injuries and a terrible decision to acquire Russell Westbrook in a trade.

Even though Vogel knew that the Lakers were going to sh-tcan him at the end of the season, maintained a professional relationship and never passive aggressively went after players in the media. Even when the front office and teammates wanted Vogel to bench Westbrook, he remained faithful to his point guard.

As much as the Lakers job would look great on a resume, Snyder is smart enough to know that he doesn’t want to be sucked into the drama as LeBron’s puppet coach.

Snyder has his eyes on the San Antonio Spurs and replacing Gregg Popovich if he retires. Otherwise, he’d rather remain in Utah even after the Jazz breaks up at the end of the season.