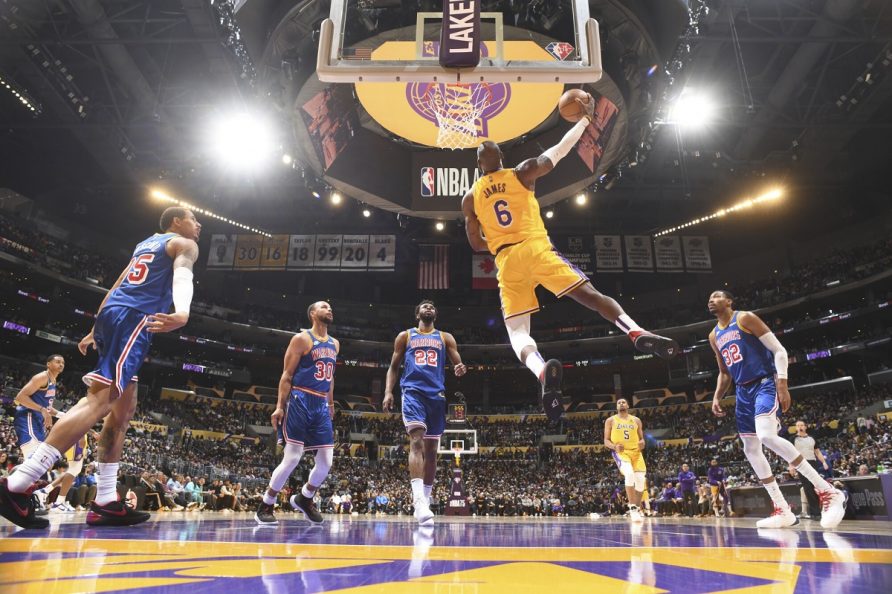 Like any popular superhero in a Hollywood flick, it’s nearly impossible to defeat them even when things look grim. In the case of LeBron James, he reminded the NBA that he’s still the biggest alpha dog in town when he scored a season-high 56 points and led the short-handed LA Lakers to a 124-116 comeback victory against the Golden State Warriors. 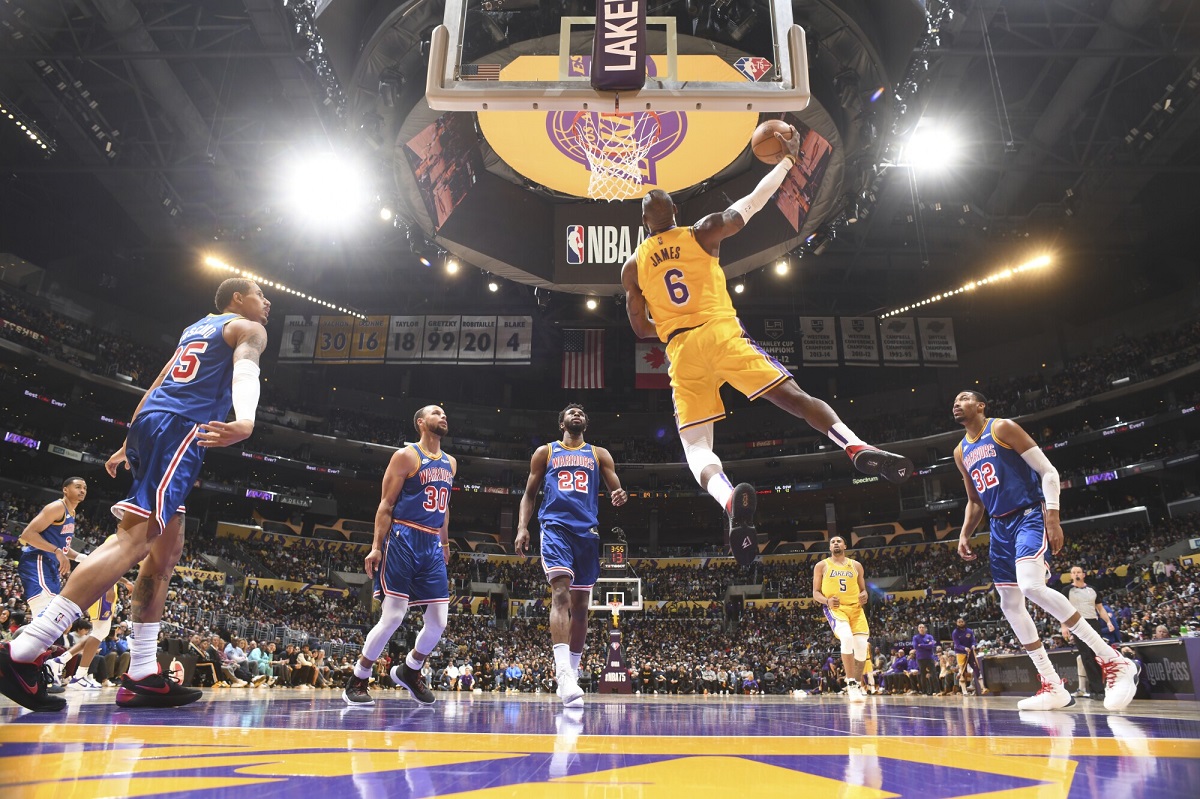 LeBron James from the LA Lakers elevates for a dunk to score just two of his game-high 56 points against the Golden State Warriors. (Image: Andrew D. Bernstein/Getty)

The Warriors led by as many as 14 points and they blew a fourth-quarter lead, when LeBron single-handedly spearheaded the late surge.

The Lakers are destined for the Western Conference play-in tournament, yet the way LeBron played on Saturday night, anyone postseason opponent will have a tough grind ahead of them if they have to face Super LeBron and his rag-tag Lakers.

The Lakers (28-35) ended a four-game losing streak, and their tailspin coincided with an ankle and foot injury to Anthony Davis. The Lakers currently occupy the #9 seed, but hold just a one-game edge over the New Orleans Pelicans in the #10 seed. The red-hot Pelicans are 4-0 since the All-Star Break. The Portland Trail Blazers are on the bubble in the #11 hole, but they’re three-games behind the Lakers with 19 games remaining in the regular season.

What more is there to say? 👑 pic.twitter.com/hYjW0KgQ8n

Without Davis in the lineup against the Warriors, LeBron took 31 shots for the Lakers and knocked down 19 of them including 6-for-11 from 3-point range. He was near-perfect from the charity stripe with a 12-for-13 clip from the free-throw line.

LeBron tallied 40 points by the end of the third quarter. He scored 16 points in the fourth quarter including a couple of huge three-pointers that dazzled the star-studded crowd that included the Super Bowl-winning, LA Rams quarterback Matthew Stafford and actor John C. Reilly from the upcoming HBO series on the 1980s Showtime Lakers.

“For us to get a win like this in front of our home fans, they deserve it,” said LeBron. “We haven’t been playing like much of anything as of late, so it was good to get a win in front of them.”

Steph Curry dropped 30 points for the Warriors, but the Lakers held Klay Thompson to just seven points. Thompson struggled shooting 3-for-13 from the floor and 1-for-5 from downtown. The Warriors did not help their cause when they shot a dismal 9-for-19 from the free-throw line.

With 56 points, LeBron tied the overall season high that was set by Trae Young from the Atlanta Hawks in January. The 56 points also marked LeBron’s highest total since joining the Lakers. He also added 10 rebounds, three assists, and one block in 39 minutes of action.

LeBron scored 50-plus points for the 13th time in his career. Among all active players, he’s second in that regard. He’s the first player in league history with a 50-point game before he turned 21 and after the age of 35.

With 55 points and 10 rebounds, LeBron became the oldest player in NBA history to achieve that rare feat at 37-years old.

“When they talk about the best scorers of all time, they never mention my name,” LeBron recently said on an episode of The Shop. “It pisses me off.”

LeBron became only the fourth player NBA history to score 50-plus points in a game after passing their 37th birthday. He joined Michael Jordan, Kobe Bryant, and Jamal Crawford.

Along with Michael Jordan, LeBron is the only player to score 50 points in a game in three different decades.

“Our guys were following me off the floor tonight going into the locker room and they asked me, ‘How does it feel to score 56?’” said LeBron. “I said, ‘Right now, I don’t give a damn about the 56. I’m just happy we got a win.’ That’s just literally the first thing that came to my mind.”

Only two players in NBA history have dropped 50 points in three different decades: