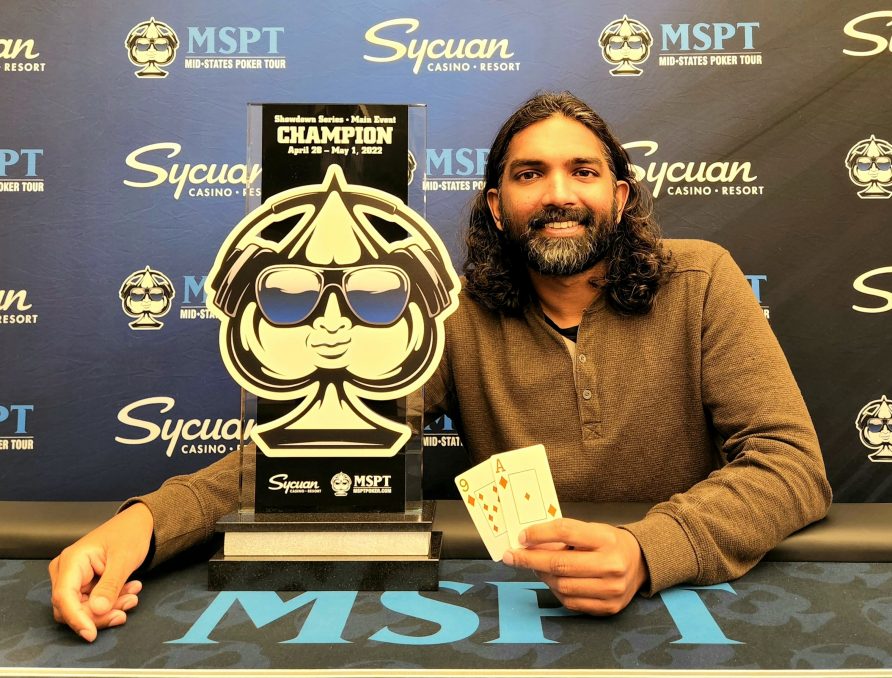 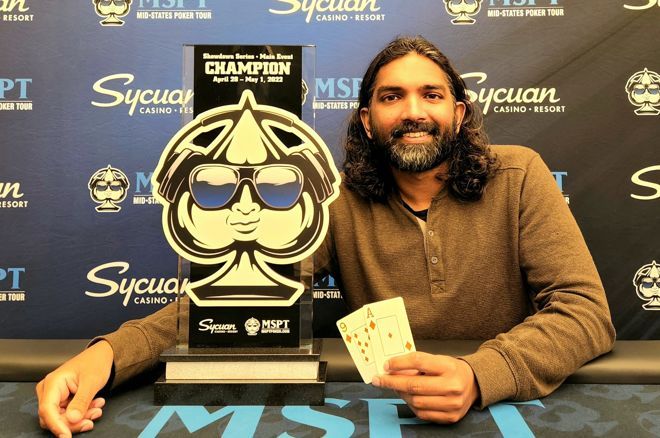 The second trip of the year for the Mid-States Poker Tour (MSPT) to San Diego, California was another massive success, culminated by the crowning of Sebastin Kolman as the $1,110 Showdown Series Main Event champion.

The Los Angeles pro, who is originally from Bombay, India, took home $79,671 in prize money and the champion’s trophy after a four-handed deal was struck that ultimately saw Kolman earn the final $23,000 that was left on the table for the winner.

The victory was Kolman’s biggest ever tournament score, and a huge boost for someone who says he’s primarily a cash game player.

“I play mostly cash, but I play tournaments occasionally and am starting to play more,” he said after his victory.

When asked what he’ll do with the money, playing more tournaments is definitely in Kolman’s plans, including a certain dream event he now says he’ll play: “I was already going to play at the World Series of Poker, but I’ve wanted to play the Main Event for a while. Now I have the incentive to play it.”

He’ll certainly be ready and able after outlasting a star-studded field in the MSPT event, including a final table that included four-time WSOP bracelet winner and MSPT champion Adam Friedman and MSPT Hall of Famer Rob Wazwaz.

Road to the Final Table

On Sunday, 59 players from the three opening flights returned with their eyes on MSPT glory. Just 54 of them would make the money, and it didn’t take long to burst the bubble as eventual runner-up Rich Lanes eliminated Adrian Lopez in 55th place to guarantee the remaining players $2,058 in prize money. 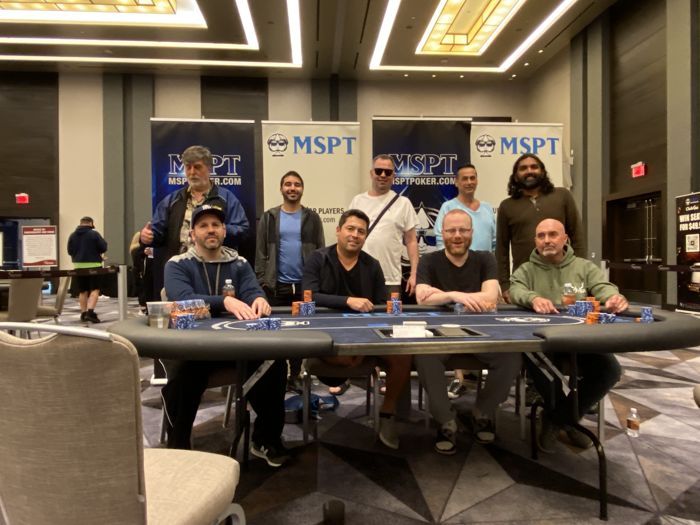 After a short dinner break, the players came back hungry for action with Day 1c chip leader Scott Sisler being the first to be sent home with $8,689. A swingy day for Wazwaz ended in eighth place for $11,433 after he lost a flip to third-place finisher Derek Molnar.

Friedman battled with a short stack as best he could at the final table before he was finally eliminated in sixth place by Lanes for $18,750. Friedman earned his 10th MSPT top-ten finish, tying him for third on the all-time list with Kou Vang.

From there, Kolman made the most of his stack, getting to heads-up play with the lead before whittling away Lanes’ stack before finally defeating him for the title.

Kolman’s crowning as Main Event champion capped a hugely successful couple of weeks for the MSPT, as along with the huge Main Event prize pool, they awarded over $300,000 in the many side events throughout the week.

The MSPT crew is now packed up and on its way to the next stop, their long-awaited return to Cleveland for the 2022 Ohio State Poker Championship at the JACK Casino Cleveland. Click here for a preview of that event, which will be live reported by PokerNews.