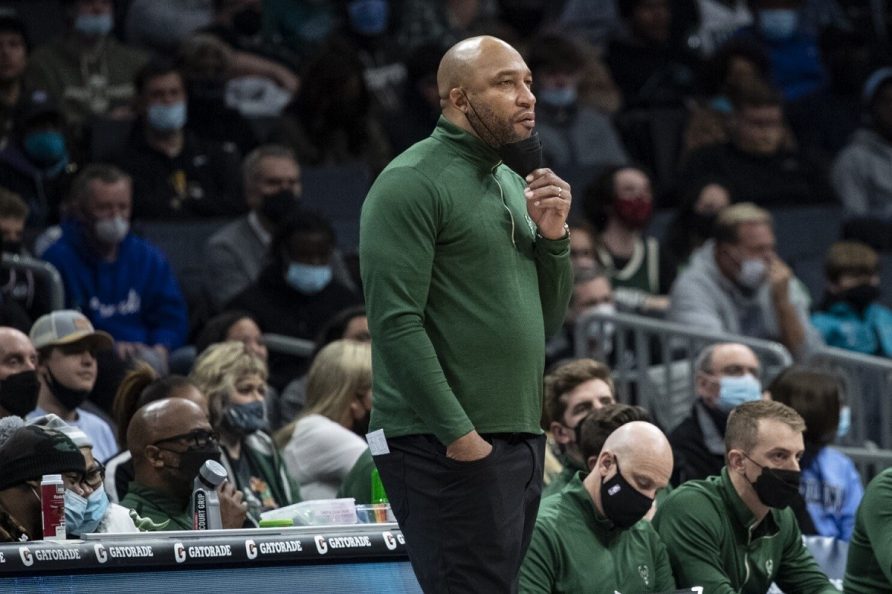 The search to replace former head coach Frank Vogel continues while the Los Angeles Lakers conduct interviews with top assistant coaches like Darvin Ham from the Milwaukee Bucks and Adrian Griffin from the Toronto Raptors. 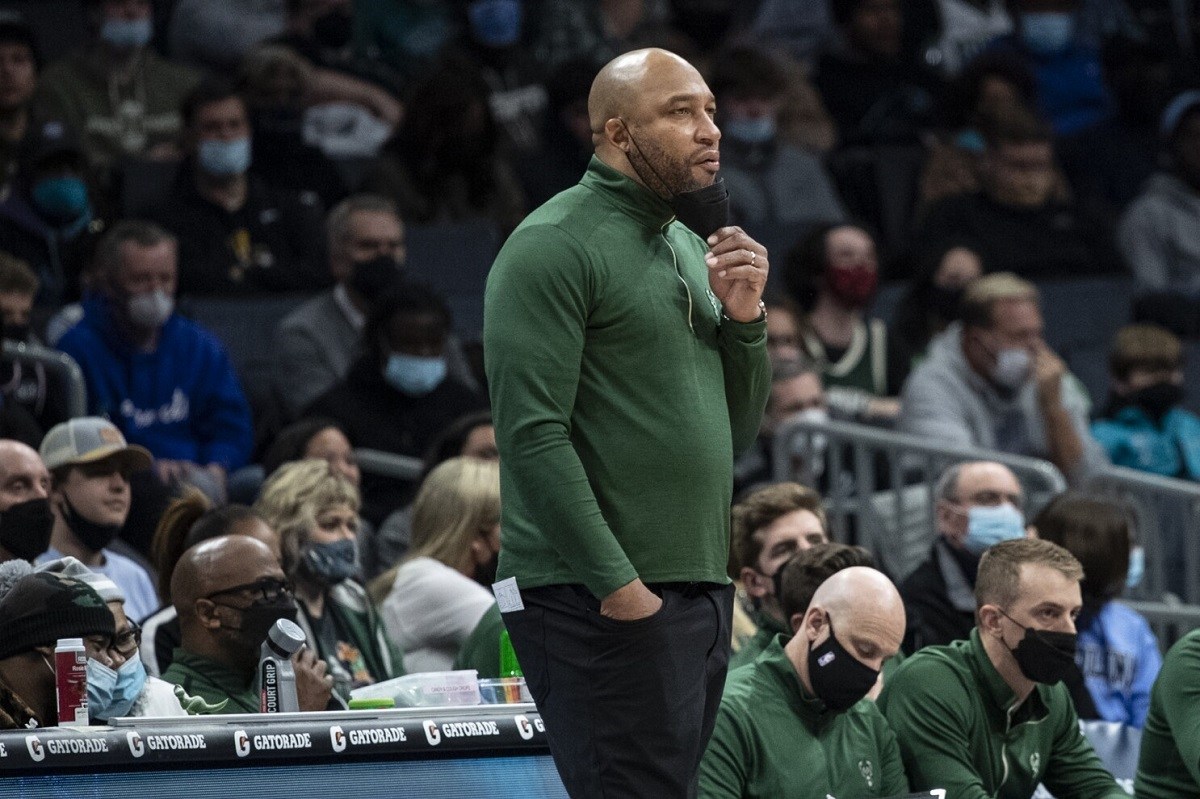 Meanwhile, Doc Rivers is still mentioned in numerous rumors that he’s at the top of the short list of candidates to become the next head coach of the Lakers. Rivers, currently the head coach of the Philadelphia 76ers, is down 0-2 in the Eastern Conference Semifinals against the top-seeded Miami Heat.

Darvin Ham is one of the most coveted assistant coaches in the NBA as the right-hand man for Mike Budenholzer with the defending champion Milwaukee Bucks.

Ham is most known for a viral dunk during his collegiate days at Texas Tech. In the 1996 March Madness tournament, Ham shattered the backboard during a thunderous dunk against North Carolina. Ham eventually led Texas Tech to their first trip to the Sweet 16.

Although Ham went undrafted, he latched on with the Denver Nuggets in 1996. As a swingman, he played 417 games as a pro for six different teams including three seasons with the Milwaukee Bucks where he started 36 games between 1999 and 2002. Ham averaged only 2.7 ppg and bounced out of the NBA by 2005.

Ham pivoted to coaching and paid his dues in the NBA G-League as the head coach of the New Mexico Thunderbirds. He joined the LA Lakers as an assistant coach in 2011 under Mike Brown. In 2013, Mike Budenholzer hired Ham as an assistant coach during his tenure as head coach of the Atlanta Hawks. After Budenholzer and the Hawks parted ways, the Bucks hired him in 2018 to help get a young Giannis ‘Greek Freak’ Antetokounmpo to the next level. Ham followed Budenholzer to Milwaukee, where he remained his top assistant. The Bucks won the 2021 championship and although Ham had a couple potential job offers in the collegiate ranks, he stuck around Milwaukee for another season. The Bucks are still alive in the playoffs, where they’re attempting to win back-to-back championships.

Ham is one of the frontrunners to become the next head coach of the Lakers. He’s also in contention to fill head coaching vacancies with the Sacramento Kings and Charlotte Hornets.

Griffin is a former standout from Seton Hall. As an undrafted swingman, he paid his dues in the defunct USBL and CBA, where he won a CBA championship in 1999 with the Connecticut Pride. Griffin finally got a shot to play in the NBA in 1999 with the Boston Celtics. He spent ten seasons in the NBA with five different teams averaging just 4.1 ppg, but started 127 games with the Dallas Mavericks in the early 2000s.

After Nurse won the title for the Raptors in 2019, other general managers were interested in raiding his staff because they liked Nurse’s offensive philosophy and how he related to modern players. The Minnesota Timberwolves plucked one of Nurse’s assistants in 2021 and hired Chris Finch as their new head coach. Finch helped the Timberwolves win the 2022 Play-In Tournament and secure the #7 seed in the playoffs.

Griffin is another Nurse disciple who is on the short list to become the next head coach of the Lakers.