The Los Angeles Dodgers spent most of the 2021 season looking up at San Francisco in the standings, with the Giants ultimately pulling off a massive upset by winning the NL West crown. On Wednesday, the Dodgers showed they had no interest in watching that story play out again. 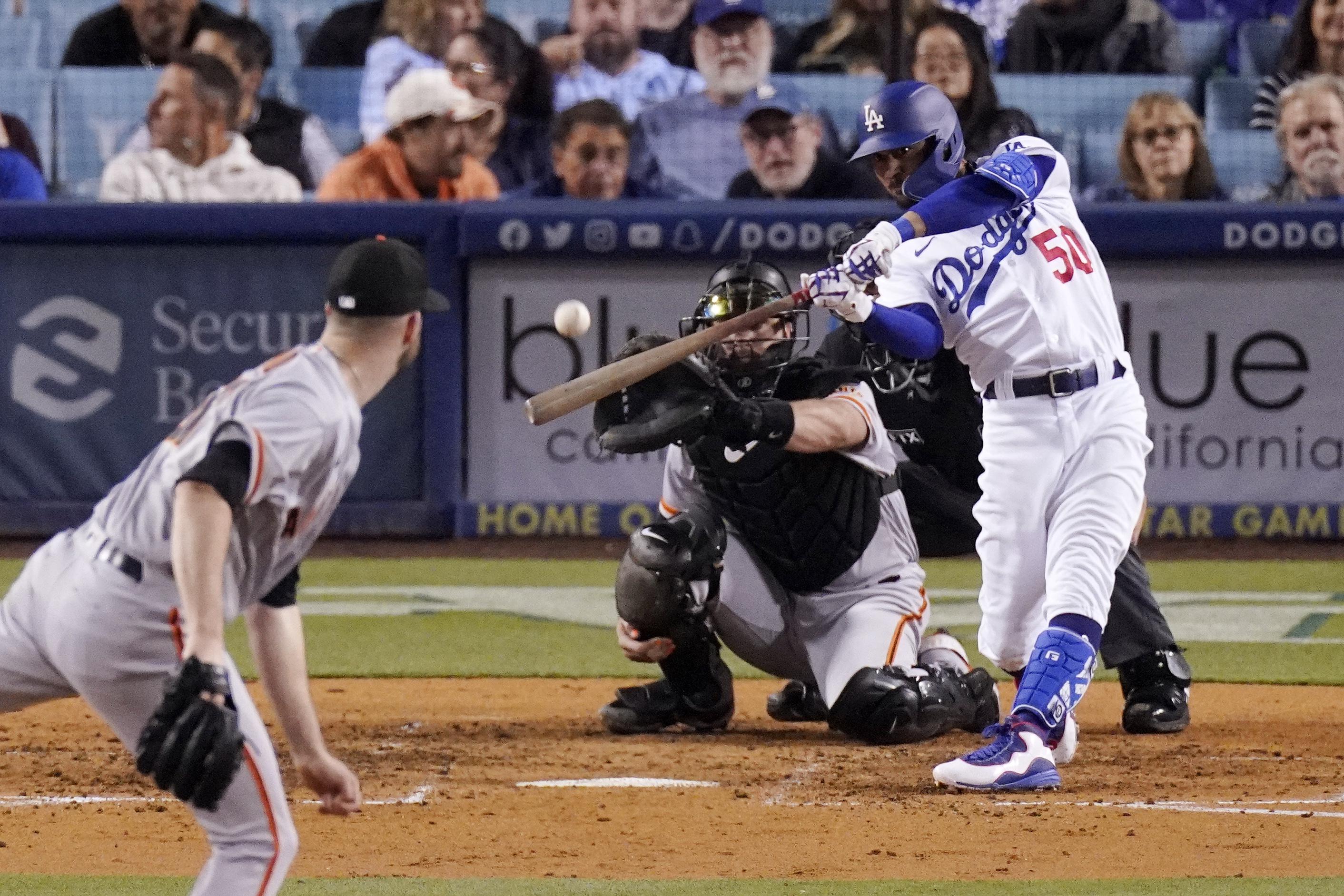 The Los Angeles Dodgers swept a short two-game series against the San Francisco Giants this week to make an early statement in the NL West race. (Image: Mark J. Terrill/AP)

Los Angeles completed a two-game sweep at home with an emphatic 9-1 win over San Francisco on Wednesday night.

After the mini-sweep, the Dodgers jumped out to a one-game lead over the San Diego Padres in the NL West race. The Giants sit 2.5 games back after the first month of the season.

Tony Gonsolin gave up just one run on three hits over five innings, then gave way to four relievers who shut the Giants down for the remainder of the game. Mookie Betts led the offense, going 2-3 with a home run in the win.

“I think collectively it was the best [game] we’ve played,” Dodgers manager Dave Roberts told reporters. “I think certainly, [playing the Giants] has to bring out the best in us. They sort of always do.”

Los Angeles ultimately got the best of San Francisco last year, beating the Giants 3-2 in an NLDS showdown. But the Giants won the season series 10-9, and won 107 games to top the Dodgers by a single game in the divisional race.

The Dodgers once again came into the season as a -235 favorite to win the NL West at DraftKings Sportsbook, not to mention the favorite to win the National League pennant (+230) and the World Series (+470). Despite their success last year, the Giants started as only the +550 third choice to win the division behind Los Angeles and San Diego (+350).

Those odds have remained stable so far, as the divisional race remains close. The Giants were quick to note that two games in May won’t determine the entire season for either side. San Francisco is also battling an injury bug, with Evan Longoria, Anthony DeSclafani, and Brandon Belt among those currently out.

“It’s one of those things where we just come to the yard ready to play every day and battle our asses off, treading water until some of these guys get healthy,” Giants starting pitcher Alex Wood told reporters. “Two tough ones here in LA, it’s a good team. It’s hard to come in here short-handed against a team like that.”

Meanwhile, the Dodgers are performing up to expectations to start the year. Their 16-7 record is the best in the National League, and their +57 run differential is the best in the majors. Even this early in the season, FanGraphs gives Los Angeles a 96.2% chance of making the playoffs and a 68.2% chance of winning a divisional title.

If the Dodgers continue playing like they did on Wednesday, there will be a lot of wins in their future.

“I think we’re capable of this every night,” Betts said after Wednesday’s win. “Obviously, it’s hard to do, but this is just something that hopefully we can get on this little wave and then ride it.”