The Los Angeles Lakers were officially eliminated from playoff contention last night when they lost to the Phoenix Suns, and the San Antonio Spurs defeated the Denver Nuggets to secure the final spot in next week’s Western Conference play-in tournament. 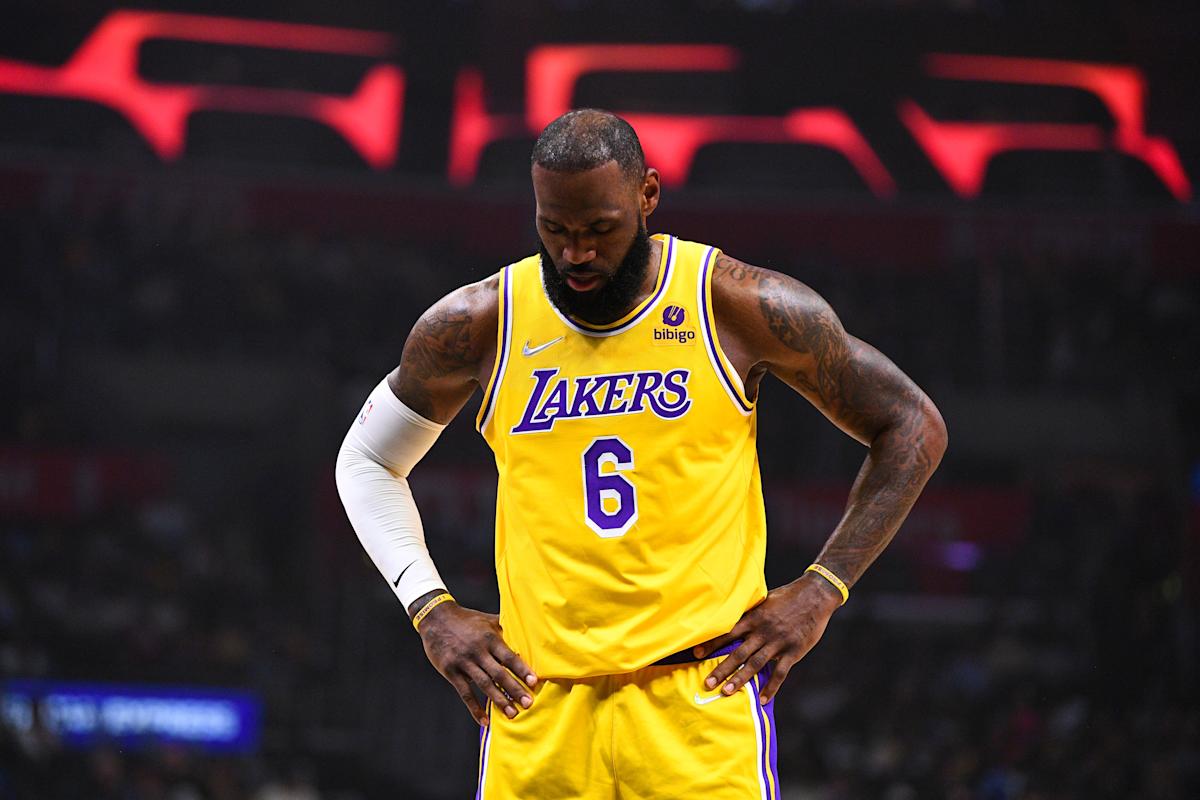 An exhausted LeBron James from the LA Lakers walks off the court during recent loss. (Image: Getty)

LeBron James, who has been nursing an ankle injury, did not suit up for the injury-plagued Lakers who faced a do-or-die situation against the Suns — the best team in the NBA — and the betting favorite to win the 2022 NBA Championship.

The Lakers made a costly decision to acquire point guard Russell Westbrook in a trade with the Washington Wizards. They gave up numerous role players like Kyle Kuzma who helped them win the 2020 NBA championship. However, the Lakers brass and LeBron thought Westbrook could be the third element in a Big 3 that could secure a second title in three seasons.

At the start of the season, the Lakers were the second-favorite to win the championship at +400 odds on the NBA futures board.

Oddsmakers projected the Lakers would win 52 or so games this season, but right now they’re 31-48 and 17 games under .500 with three games remaining. Even with the expanded play-in tournament, the Lakers could not even backdoor a playoff berth under the new system.

The Big 3 of LeBron, Anthony Davis, and Westbrook suited up for just 21 games together. That’s exactly one-quarter of a full season of 82 games. When you’re missing your core unit, bad things will happen.

Davis appeared in just 40 games and missed almost half a season, while LeBron missed 23 games or a quarter of the season.

It’s just a bad beat across the board, but the lack of a bench came back to bite the Lakers in the butt because they had to give up numerous role players to acquire Westbrook in the first place.

But let’s be honest, the Big 3 did not exactly gel together. The Lakers were just 11-10 with the Big 3 in the starting lineup. There was hope that they would get their proverbial shit together by the second half of the season, but by the time the new year arrived, Davis was out with a sprained MCL and there were whispers that the Lakers were shopping Westbrook in a trade.

Losing Time: The Decline of the Modern Day Lakers

Tinsel Town loves gossip, especially celebrity gossip, and once word got out that Westbrook was on the trading block, the team imploded. They were 21-19 after the first week in January, and who would’ve thought that would be the last time the Lakers would win back-to-back games. They went 10-29 since that high-water mark.

While Lakers fans drenched themselves in nostalgia with HBO’s new series “Winning Time” about Magic Johnson and the rise of the 1980s Showtime Lakers, they were disgusted with the current batch of inept Lakers, who were quickly dubbed “Losing Time” in numerous memes.

“This was a season where we just didn’t get it done,” said Carmelo Anthony.

LeBron competed for a scoring title at 37-years old, which is remarkable feat, but he had no choice but to shoulder the scoring load with so many different starting lineups due to injuries and COVID-19.

“This year, we had more starting lineups than wins,” said Davis.

“Extremely disappointed,” said Lakers head coach Frank Vogel. “Disappointed for our fan base. Disappointed for the Buss family, who gave us all this opportunity and we want to play our part in bringing success to Laker basketball and we fell short.”

The Lakers fought for the final spot in the play-in tournament the last couple of weeks, but could not overcome the surging San Antonio Spurs.

The Lakers will do a lot of finger pointing in the next few days. Expect Vogel to get fired sometime next week. He helped guide the Lakers to a championship inside the NBA bubble in Disneyworld in 2020, but he’ll become the easy scapegoat.

The Lakers should fire general manager Rob Pelinka for signing off on the Westbrook trade to begin with. If not for that misfire, then he should get axed for not coming up with a creative solution to unload Westbrook on another team. While numerous teams made serious moves at the trade deadline, the Lakers stood pat and did not acquire anyone. Then again, it was hard to wheel and deal in the modern NBA if you don’t have any coveted assets.

If Lakers owner Jeanie Buss decides to fire Pelinka, she could install Kurt Rambis as the general manager. Pelinka and Magic Johnson often butted heads, and ditching Pelinka would get Magic back into the inner circle. At this point, Buss needs all the help she can get real basketball minds instead of a former agent and glorified pimp like Pelinka.