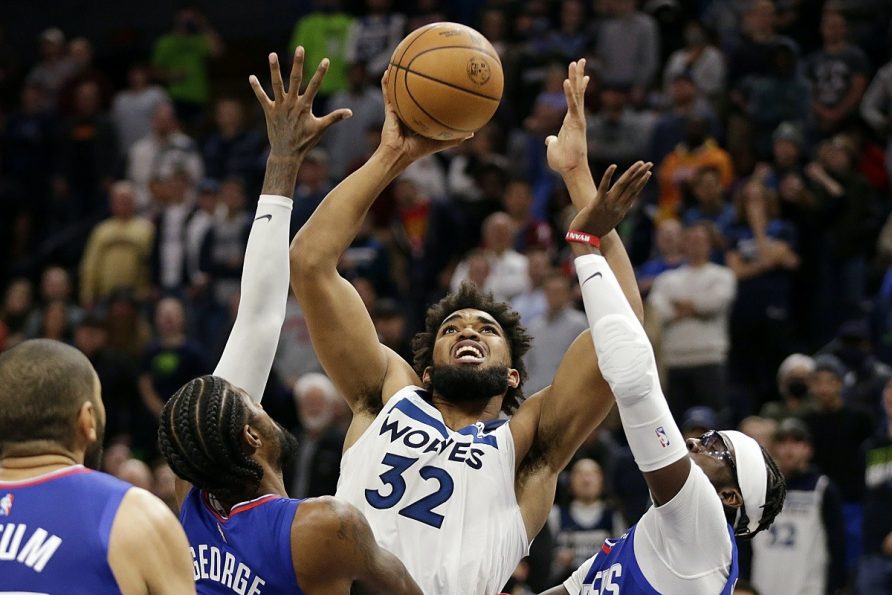 The Minnesota Timberwolves and the Los Angeles Clippers meet in the 2022 NBA Play-In Tournament with the winner securing the #7 seed in the Western Conference playoffs. The Clippers are 3-1 against the Timberwolves this season, but they enter the Play-in Tournament as a +3 road dog. 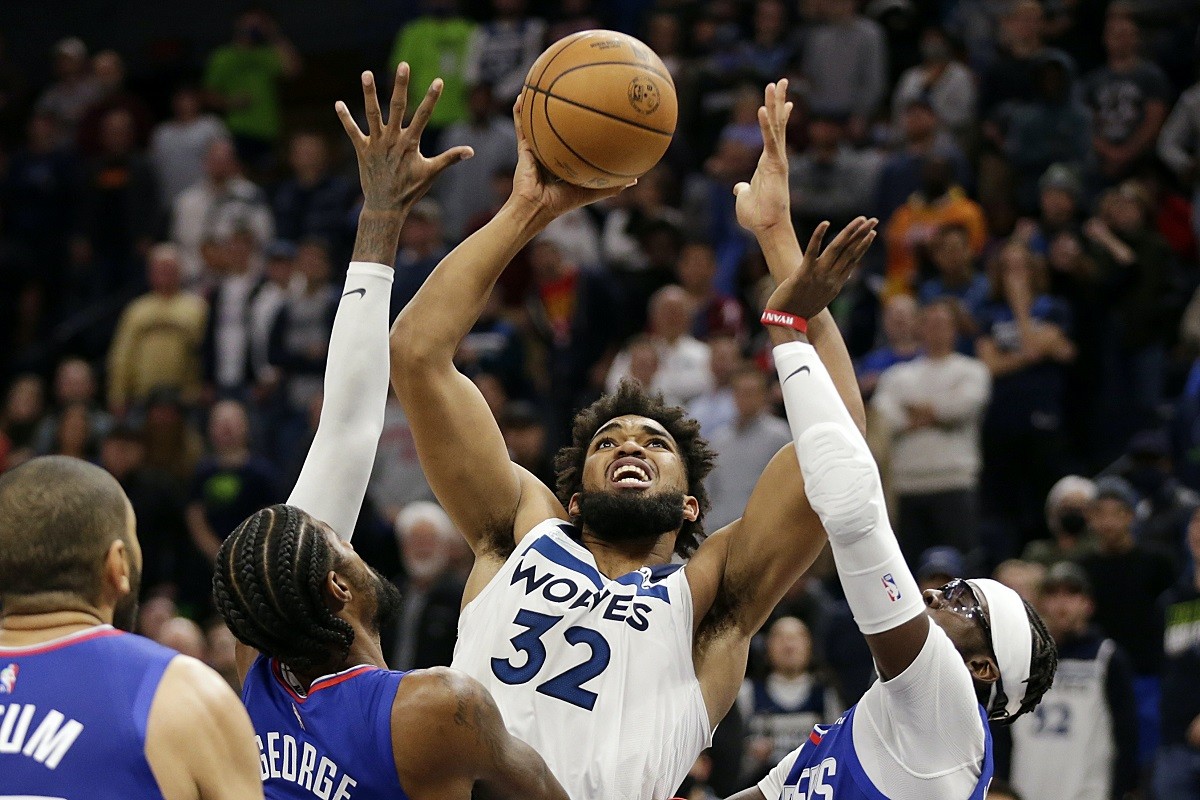 Karl-Anthony Towns from the Minnesota Timberwolves shoots in traffic over Paul George from the LA Clippers. (Image: Andy Clayton-King/AP)

The winner of the Timberwolves/Clippers Play-In Tournament game will meet the #2 Memphis Grizzlies in the first round of the Western Conference playoffs.

The loser of the Timberwolves/Clippers game still has a chance to lock up the #8 seed, but must play the winner of the ninth-place New Orleans Pelicans and tenth-place San Antonio Spurs on the other side of the NBA Play-In Tournament bracket.

The Timberwolves last qualified for the postseason in the 2018 NBA playoffs as the #8 seed, but were eliminated by the Houston Rockets in five games. The season, when Kevin Garnett played for the Timberwolves, was the last time they won a playoff series. That 2004 magical season was the only time the Timberwolves advanced beyond the first round with an appearance in the Western Conference Finals. Alas, the Lakers ended their run and they missed a chance at their first trip to the NBA Finals.

This current squad in Minnesota is still a player or two away from a bona fide championship run, but it’s a step in the right direction for the franchise. In the last seven season, the Timberwolves finished 13th place or lower five times. And now they have a chance to return to the postseason for only the second time since 2004.

Karl-Anthony Towns, the former #1 pick in the 2015 NBA Draft, leads the Timberwolves with 24.6 points, 9.8 rebounds, 3.6 assists, and 1.1 blocks per game this season. His PER rating of 24.21 was ranked #7 overall. He also shoots 41% from 3-point range, which is not surprising for the guy who won the 3-Point Shooting Contest during All-Star Weekend.

Towns led the most potent offense in the NBA this season, and the high-octane Timberwolves generated 115.9 ppg. Anthony ‘Ant Man’ Edwards, the #1 pick from the 2020 Draft, looked great in his second season averaging 21.3 ppg and shooting 35.7% from 3-point range. D’Angelo Russell is the team’s third-best scorer averaging 18.1 ppg, but he’s their best dishman with 7.1 assists per game.

The Clippers will face former teammate Patrick Beverly, who is one of the veterans coming off the bench for the Timberwolves.

PG-13 and the ‘Cardiac Clippers’

The Cardiac Clippers won a lot of ugly games this season without Kawhi Leonard, or Paul George in the lineup. You have to give head coach Ty Lue huge credit for winning games with a slew of role players. That’s what made the Lakers demise even more startling because the Clippers were able to stay competitive without their stars, whereas the Lakers never meshed as a team. That’s why the Lakers missed the playoffs and fired their head coach.

Meanwhile, Lue and the Clippers held the line long enough to get George back in the lineup. They’ll need him if they expect to make a run in the postseason.

“The story is very revealing,” George told the LA Times. “T-Lue is a hell of a coach. We have a hell of a roster. And things would be a lot different if we were healthy. We’ve been resilient, we have been tough, we have battled. We’re connected. Probably one of the closest teams in the NBA, and it shows. Anytime you take myself, Kawhi out of a lineup and you still have a team that is competing, it just says what kind of locker room that is.”

The Clippers hit the road for the play-in tournament against the Timberwolves.