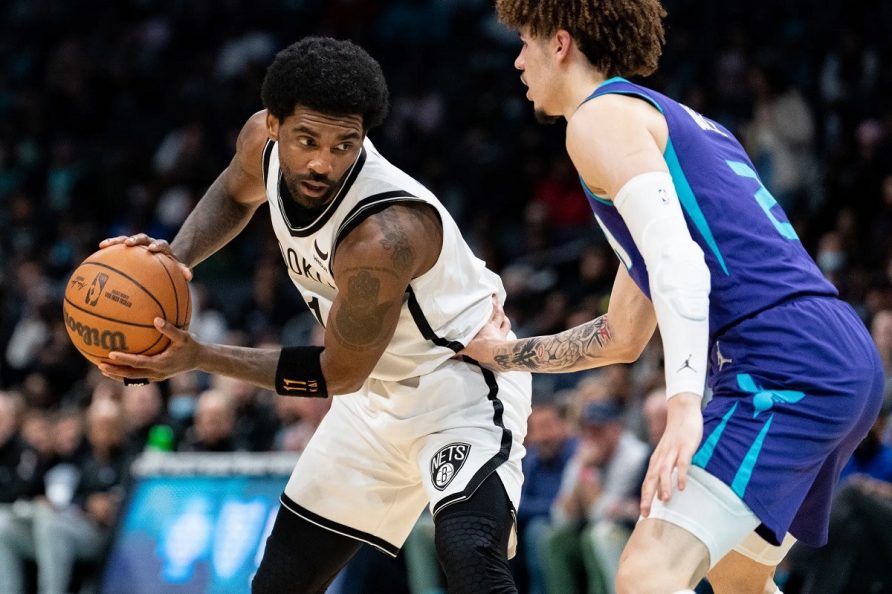 Kyrie Irving from the Brooklyn Nets lit up the Charlotte Hornets for a season-high 50 points and led the Nets to a 132-121 shootout victory in a hotly-contested Eastern Conference bubble fight. 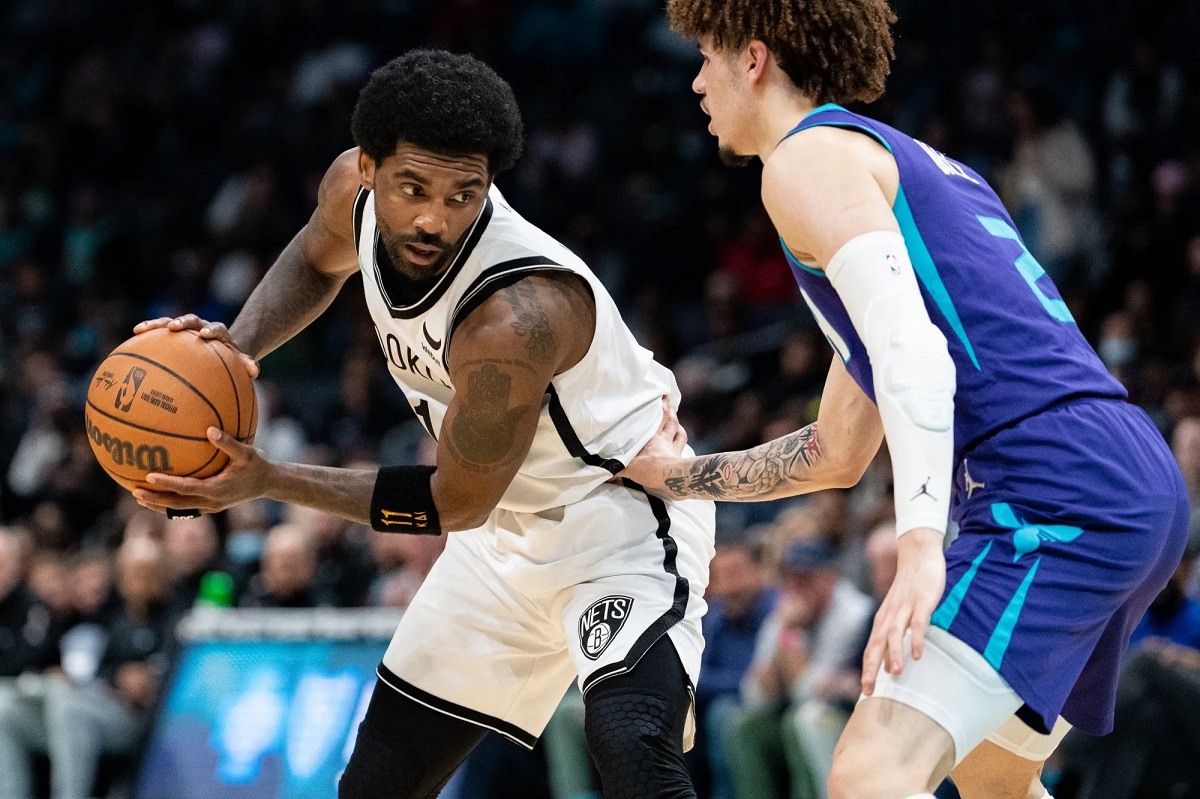 Kyrie Irving from the Brooklyn Nets is hand-checked by LaMelo Ball of the Charlotte Hornets, but that did not slow down Kyrie from scoring a season-high 50 points. (Image: Getty)

The Nets ended a four-game losing streak and improved to 33-33 on the season. If the season were to end today, the Nets would occupy the #8 seed in the Eastern Conference playoffs. The Hornets (32-34) slipped to #9.

“It felt like a must-win night,” said Irving. “I’m not saying the other nights didn’t feel like that, but you have to go into that deep place where you aren’t distracted by anything that is going on.”

The Nets now hold a 2.5-game lead over the Washington Wizards on the bubble in the #11 hole.

Irving put on a proverbial shooting clinic with a highly-efficient 15-for-19 from the field, including a sizzling 9-for-12 from 3-point range. He also knocked down 11-for-13 from the free-throw line.

“Younger players should watch this game and learn what it takes to score at that level,” said Kevin Durant.

“That was a Master Class,” added Durant.

Durant didn’t have to break much of a sweat and he scored only 14 points because Irving did all the heavy lifting.

“He was unbelievably efficient and difficult to defend,” added Nash. “Those were really big shots he made in the second half, but overall he’s just an incredible player, shot maker.”

“It was special,” said newly-added teammate Seth Curry. “He made great plays all over the floor. He didn’t force it. Catch and shoot, off the dribble and got to the rim, too. We needed that Kyrie.”

Irving missed matching his career-high of 57 points, but this marked his first instance of 59 points this season with the Nets.

Irving reached a rare milestone by scoring 50 points while shooting over 75% from the floor. It was the second time he did that in his career.

Irving became only the second player in NBA history to achieve that feat more than once. The other player with multiple games with 50 points on 75% shooting was Michael Jordan. Any time you’re mentioned in the same breath as Air Jordan, it’s a huge deal.

“He’s one of those scorers that his shots are not like super-explosive, it’s just that he’s steady throughout the whole game and then you look up and he has a big scoring night,” said Durant. “So that shows you how truly gifted and talented and special and hardworking Kyrie is.”

Guards in NBA history with multiple 50-point games on 75% shooting: