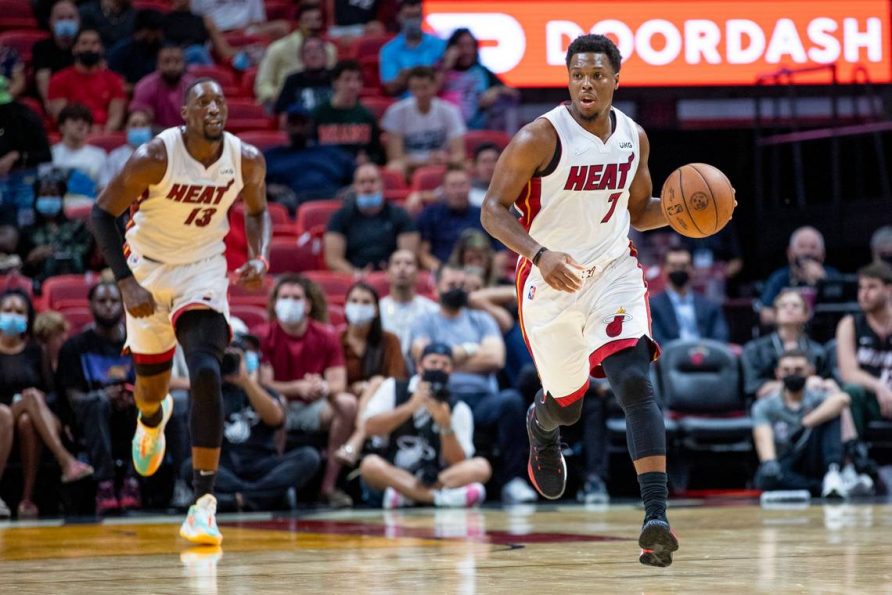 When the Miami Heat host the Philadelphia 76ers in Game 1 of the Eastern Conference Semifinals, they will not have point guard Kyle Lowry in the starting lineup because he’s still nursing a hamstring injury. 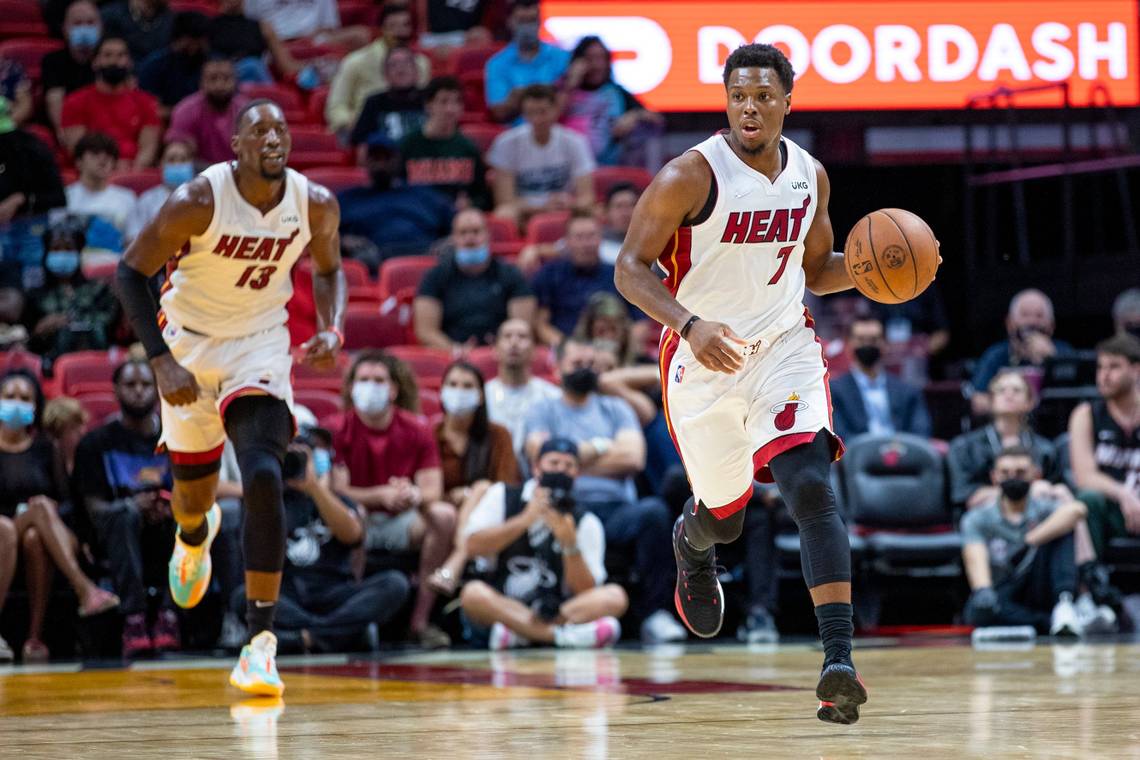 Kyle Lowry from the Miami Heat will miss Game 1 after suffering a hamstring injury in the first round of the playoffs. (Image: Kenny Forbin/Getty)

The top-ranked Heat are in a fortunate position where they do not have to rush Lowry back in the lineup, and allow his injury to properly heal.

“I’m not even going on any kind of timetable,” said Miami Heat head coach Erik Spoelstra. “He’s doing more. Gym (work) has been great. Everybody’s been able to do something and to prepare for the series.”

The Heat are the consensus betting favorite to win the series at -350 odds, because the 76ers will also start the second round without big man Joel Embiid in the lineup. Embiid did not travel with the 76ers to Miami because he’s still in concussion protocol with a orbital fracture on his right eye after catching an errant elbow in the final game of the first-round against the Toronto Raptors.

In his first season with the Heat, Lowry averages 13.4 points, 7.5 assists, and 4.5 rebounds per game. Pat Riley added a veteran point guard like Lowry to the mix as the missing ingredient to help the Heat win a championship. The Heat were the runner-up in 2020 when they lost to LeBron James and the Los Angeles Lakers inside the NBA Bubble. With the addition of Lowry, the Heat secured the #1 seed in the Eastern Conference this season while on a specific mission to return to the NBA Finals for the second time in the last three seasons.

Next Man Up: Gabe Vincent

Gabe Vincent, in his second full season out of UC-Santa Barbara, averaged 8.7 points, 3.1 assists, and 1.9 rebounds with the Heat. He started 27 games during the regular season, but he’s a valuable and dependable part of the Heat’s second unit that also includes Sixth Man of the Year Tyler Herro, Duncan Robinson, and Caleb Martin.

When Lowry went down with an injury in Game 2 against the Atlanta Hawks, Spoelstra inserted Vincent into the starting lineup for the rest of the first-round. Overall against the Hawks, Vincent averaged 8.4 points and 4.2 assists per game while connecting on 37.7% of his 3-pointers.

“We’ve had so many different rotations and lineups during the course of the year that we’ve been forced to stay in the present moment,” said Spoelstra. “And we have great care and empathy for the guys that have missed time, but we just have to totally lock into who’s available. Everybody else is ready to go. And we have a big challenge.”

“I feel like the rest of the team is built for it,” said big man Bam Adebayo about missing Lowry to an injury.

The Heat are not taking the 76ers for granted, even without Embiid for the first two games. There’s a chance that Embiid returns to action when the series shifts to Philadelphia, but for now, the Heat are focused on winning Game 1 and not worried about the rest of the series.

“We basically know, both teams, who’s going to play Game 1, and that’s the way it should be,” added Spoelstra. “You shouldn’t be thinking about Game 2, Game 3, Game 4, anything past that. Just embracing the competition and what’s ahead.”