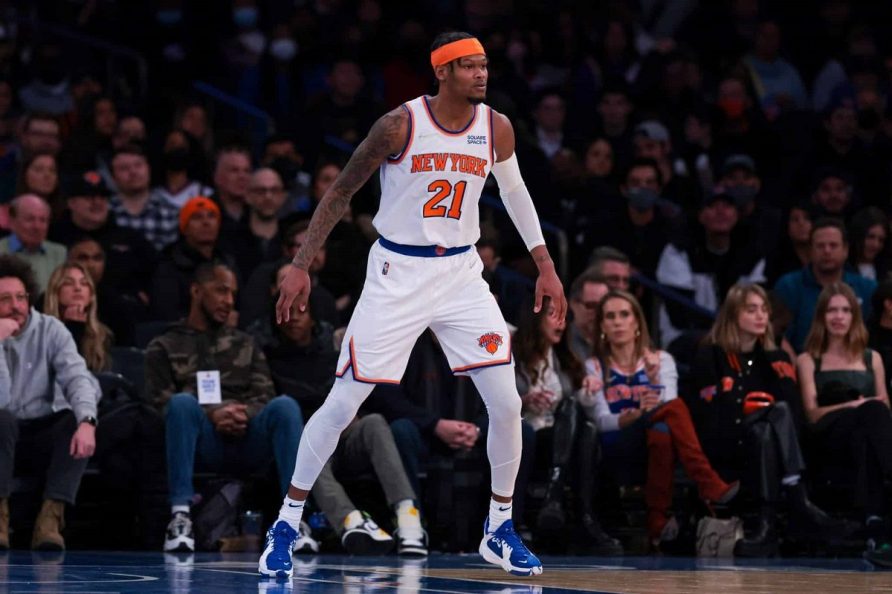 The New York Knicks incurred another bad beat when they lost Cam Reddish for the remainder of the regular season with a shoulder injury. 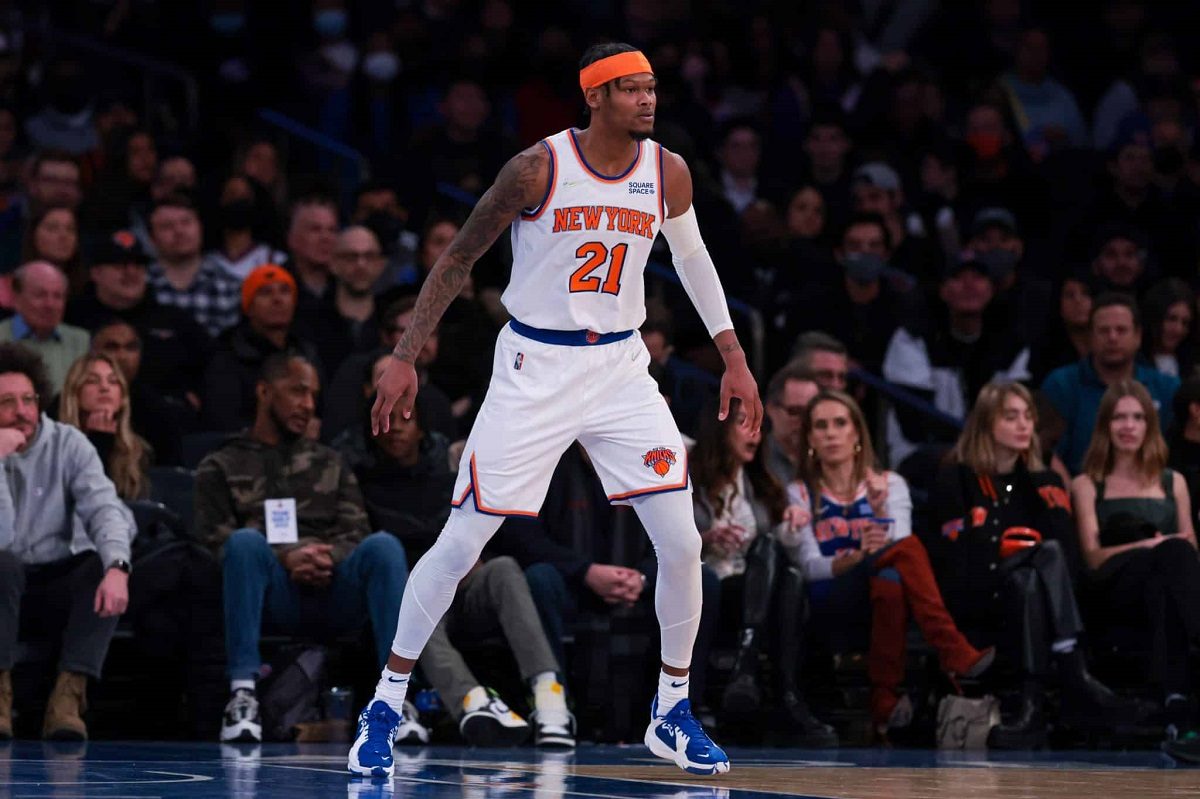 Cam Reddish on defense with the second unit of the New York Knicks during a recent game at Madison Square Garden. (Image: Getty)

The Knicks (28-38) have 16 games remaining, but Reddish will be out at least six weeks, so essentially he’s shut down for the rest of the season.

The Knicks occupy the #12 spot in the Eastern Conference and played themselves out of the playoff race with an awful 3-17 stretch, which included a seven-game losing streak. They actually won three games in a row, but it’s too little and too late.

The Knicks had a disappointing season considering they were the fourth-best team in the Eastern Conference last season. The Knicks locked up the #4 seed in the 2021 NBA Playoffs as the surprise team in the league thanks to kick-ass defense and an MVP-like season from Julius Randle. However, Randle played awful this season and couldn’t hit a trey to save his life. The Knicks looked lost on defense, and the additions of Evan Fournier and Kemba Walker did not pan out.

Reddish: Lost in the Rotation

The Atlanta Hawks traded Reddish to the Knicks shortly before the trade deadline in exchange for little-used Kevin Knox and a first-round draft pick (via the Charlotte Hornets).

Reddish, who is still only 22, got lost in the shuffle with the move to the Big Apple. Apparently head coach Tom Thibodeau was not consulted on the trade and did not want Reddish because the Knicks had too many guards.

Thibs already had to bench fan-favorite Kemba because of his poor defense, and now he was forced to juggle his lineup to find minutes for Reddish. Now that Reddish has a shoulder injury, his playing time is no longer an issue.

Reddish played 34 games with the Hawks this season and started seven games. He averaged 11.9 ppg and played approximately 25 minutes a night in Atlanta. After the trade to the Knicks. Reddish found himself relegated to the second unit. His playing time was drastically cut to 14 minutes a game and his scoring averaged dipped to 6.1 ppg.

Reddish went to Duke along with teammate RJ Barrett. The Knicks might try to reunite Reddish and Barrett with Zion Williamson. The three played at Duke together in the 2018-19 season.

The Knicks have been waiting for another chance at Zion, who has not been shy about his love of Madison Square Garden and a desire to someday play for the Knicks. The Knicks openly tanked during the 2018-19 season for a shot at grabbing Zion in the lottery, but they whiffed.

Zion declared for the 2019 NBA Draft after a one-and-done season and the New Orleans Pelicans won the lottery and they selected him with the #1 pick. The Knicks were awarded the third pick in the draft and they settled on Barrett. The Hawks selected Reddish with the #10 pick that year.

It took a couple of seasons before Barrett emerged into the Knicks’ most reliable scorer considering Randle has been inconsistent this year. Barrett gradually improved year-to-year with 14.3 ppg in his rookie campaign to 17.6 ppg last season to 19.2 ppg this season. He demonstrated flashes of brilliance after the All-Star Break. He averaged 28.3 ppg in February including a 46-point outburst against the Miami Heat.

If the Knicks can lure Zion to the Big Apple, then the trio from Duke can be reunited with the Knicks. Zion has yet to play a game for the Pelicans this season while slow to recover from a foot injury. Zion’s distant behavior all season indicated that he’s mentally checked out, but perhaps it’s just a ploy to get traded to the Knicks?