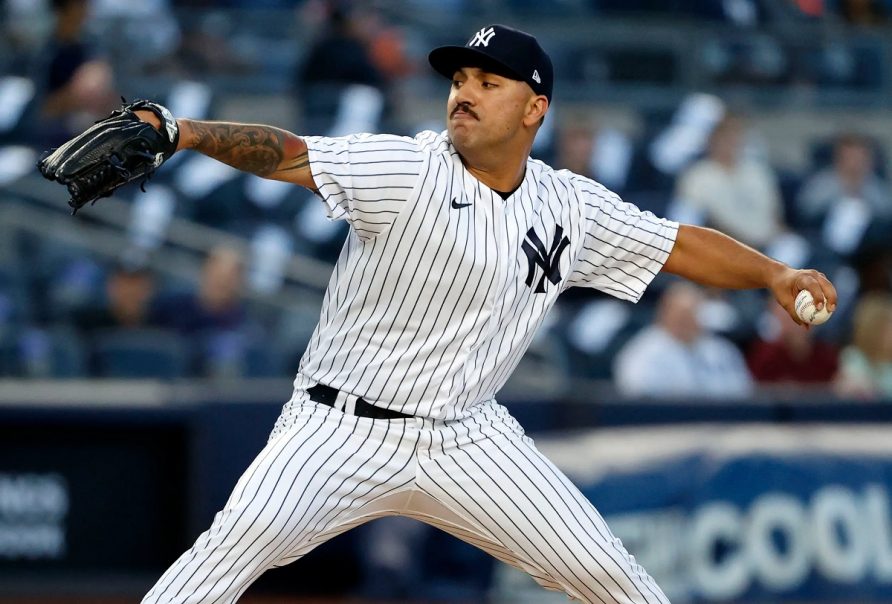 The New York Yankees (64-28) — thanks to a MLB-leading 33 home runs from Aaron Judge — secured the best record in baseball during the first half of the season, but can they maintain their torrid pace and remain healthy in the second half of the season? The Yankees need to continue everything they did correctly in the first 92 games of the season: sensational starting pitching, timely home runs, and unexpected heroes like Clay Holmes, Jose Trevino, and Matt Carpenter. 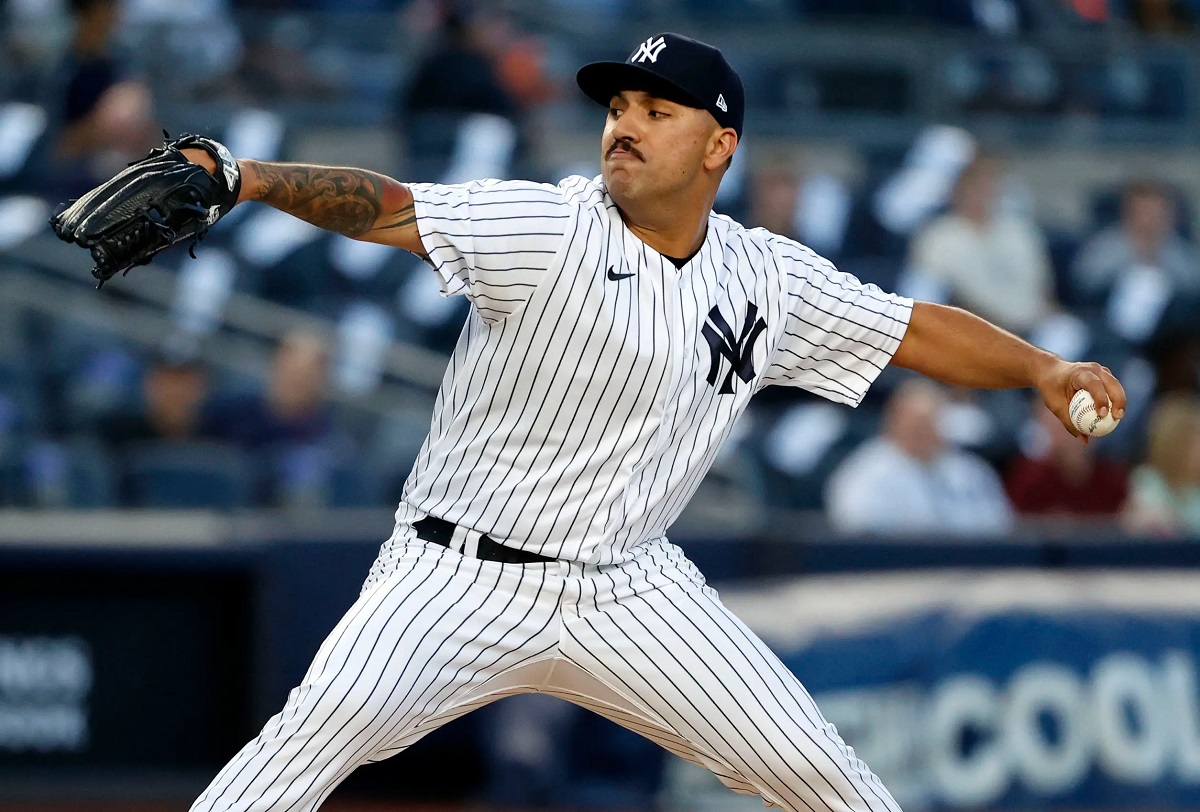 NY Yankees hurler Nestor Cortes has been outright nasty in the first half of the season and was named to the 2022 All-Star Game. (Image: Getty)

The Yankees expected big things out of superstars Judge and Gerrit Cole. Judge has been mashing, and Cole has been unhittable on the mound. The Yankees got a huge surprise at the plate from Trevino who was brought to the Bronx in a trade for his defense, and his hitting landed him a spot on the All-Star Team. Matt Carpenter, whom everyone in the league thought was washed up and headed for retirement, did not squander a rare chance to keep playing when the Yankees gambled on the veteran.

With 70 games remaining, the Yankees will fall short of the century-win mark with 99 wins if they go 35-35 the rest of the season.

Clay Davenport’s projections suggest the Yankees will finish the season with 105 wins and a final record of 105-57. I have a strong feeling that the line makers at DraftKings is a strong believer in Davenport’s model. DraftKings updated their MLB win totals, and they listed the Yankees at 104.5 o/u.

The Yankees are -10000 odds to win the AL East, so the bookies have faith that the Yankees will lock up the division crown and fend off the Tampa Bay Rays (51-41) and Toronto Blue Jays (50-43). The Yankees lead the AL East by 13 games and opened up a 16.5-game edged over their heated rivals — the Boston Red Sox (48-45). The Yanks really need to keep their eyes on the Baltimore Orioles (46-46). Seriously, the yardbirds down in Baltimore are playing their best ball in decades.

The Yankees are +175 odds as the favorite to win the AL pennant. In 2022 World Series odds, the Yankees are the second favorite on the DraftKings futures board at +400. Only the LA Dodgers (+380) have better odds.

In the first half, the Yankees starters looked as good as they’ve been since their last championship run in 2009. The main rotation guys do not have more than three losses, and they combined for 40 quality starts.

The starting rotation exceeded expectations, especially Nestor Cortes who earned a well-deserved trip to the All-Star Game. Cortes is 7-3 with a 2.63 ERA and a 1.00 WHIP. He’s pitched like an ace at times even though he was initially penciled in as the #5 starter. Jameson Taillon (10-2) is just four victories away from tying a career-best.

The Yankees are concerned with Luis Severino, who landed on the IL with a lat strain. Severino has a history of arm/elbow/shoulder trouble, so the Yankees could be looking at potential trades. Luis Castillo has been on the short list for a couple seasons now, but will the Reds finally trade him?

The starting pitching has been stellar, but then there’s the Aroldis Chapman problem out of the bullpen.  Once closers start to decline, it’s a quick and fast drop off. The Yankees hope this is just a momentary setback, and Chapman will work out his issues in the second half of the season, so he’ll be back to his old form by the time October rolls around.

Chapman looked off since the start of the season. He’s 0-3 in 23 appearances with just nine saves and a 4.74 ERA and 1.53 WHIP. Chapman got demoted, but struggled in his return from the IL.

After starting the season as the setup man, Clay Holmes has taken over as the closer with 16 saves. In 41 appearances, he’s 4-1 with an 0.87 ERA with a 1.31 WHIP. He’s been the most successful arm out of the bullpen, but Yankees fans are worried that manager Aaron Boone will overuse Holmes. It’s happened the last few seasons where Boone find a favorite relief pitcher and pitches them to death (e.g. David Robertson in 2018, Adam Ottavino in 2019, Zach Britton in 2019-20). Let’s hope that the Yankees have a lot of blowouts in the second half of the season and that Holmes doesn’t get overworked.

Aaron Judge and Giancarlo Stanton have been mashing for the Yankees, but can they stay off the IL in the second half of the season? Judge is playing his ass off to secure the bag and a lucrative new contract from the Yankees. It’s obvious that if Judge is healthy, he’s a monster at the plate.

Gleyber Torres looks like he found his sweet swing. He connected on 14 home runs and added 41 RBI while slashing at .268/.325/.484. He has been quiet at the plate with just one home run over the last month, but he’s looking much better than last season when he hit just eight homers and drove in 51 RBI.

Since joining the Yankees in late May, Carpenter has been on fire. He smacked 13 home runs in just 30 games. Fans took a shine to his Tom Selleck-like mustache, and the veteran has been a welcomed addition to the locker room.

After he was cut by the Texas Rangers, every team in baseball thought he was washed up. Well, except the Yankees. They were the only team to give him a call, and Carpenter made the most of his second chance. Carpenter is not an every-day player and started in just 20 games, but he’s slashing at .360/.473/.933. With Joey Gallo slumping, Boone gave Carpenter a few starts in the outfield.

“He’s really excited to be here every day, really excited to be a part of that team,” said Boone. “He just kind of fit in right away. A guy with his track record and experience, the kind of career he’s had, just a willingness to kind of do whatever has been asked. He’s done that and more, and we’re lucky to have him right now.”

The Texas Rangers also made a bad choice parting ways with Jose Trevino. The Yankees acquired him in a trade in spring training and thought he’d provide good defense as a backup catcher. However, Trevino has become the starter and even got named to the All-Star team.

“He’s one of, if not the best defensive catchers in the league,” said Boone. “He’s swinging the bat really well.”

In 63 games, Trevino hit seven home runs and drove in 27 runs. He’s slashing at .251/.299./.415 while providing top-notch defense behind the plate as the best pitch-framer in the league.