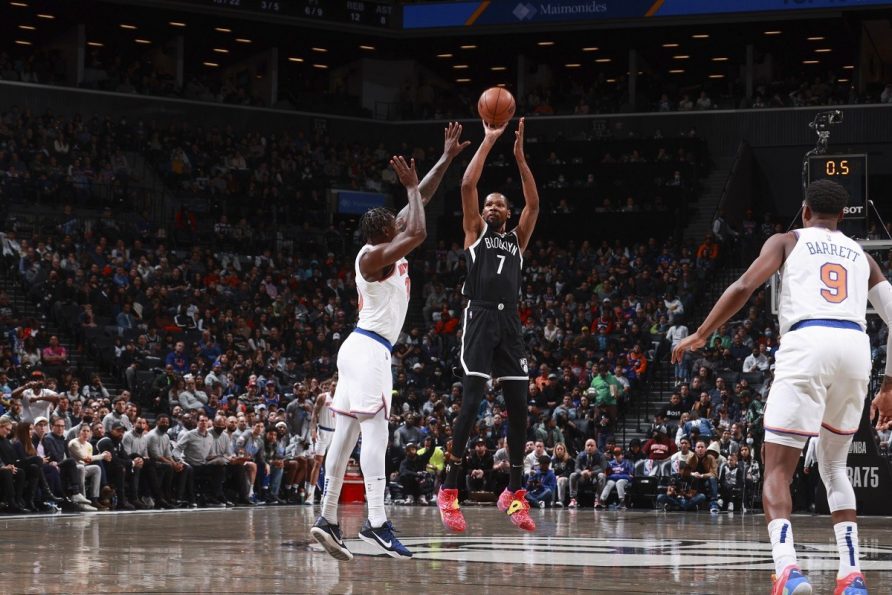 Kevin Durant unleashed his savage mode when he lit up the New York Knicks for a season-high 53 points in a 110-107 victory for the Brooklyn Nets at Barclay’s Center in downtown Brooklyn. 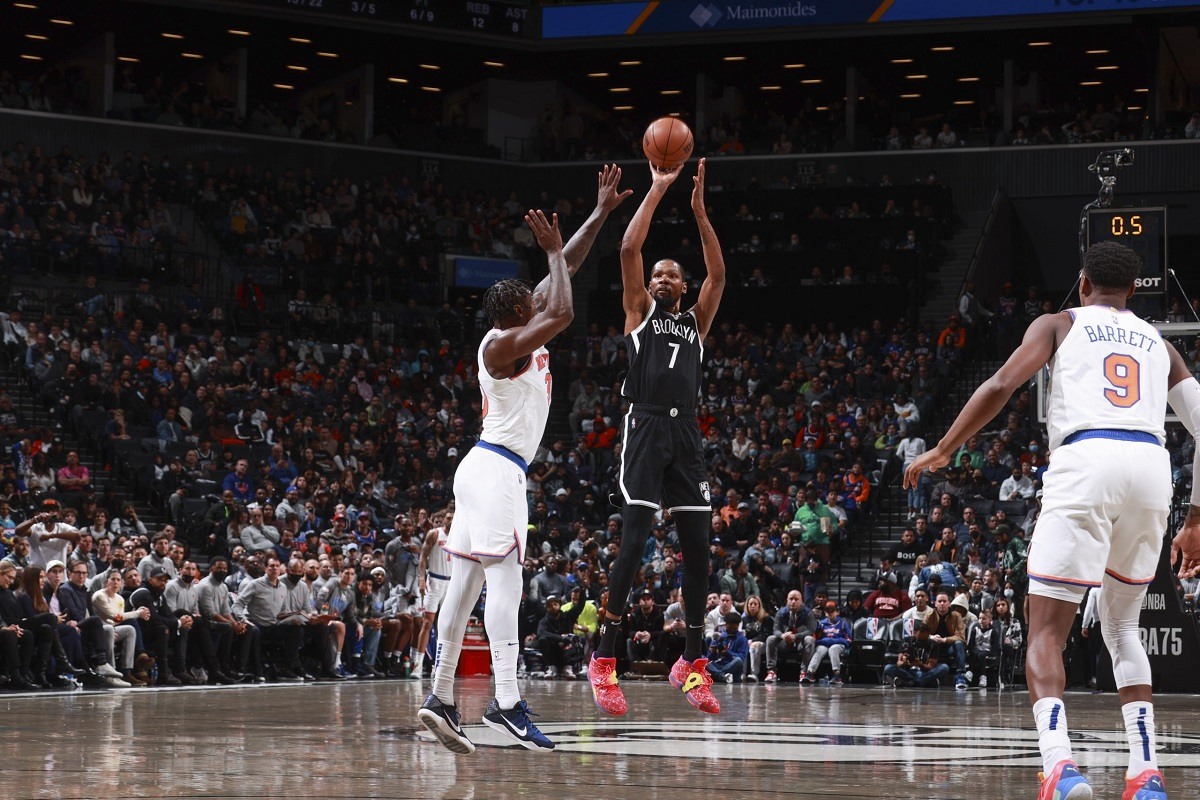 Kevin Durant from the Brooklyn Nets pulls up for a 3-point shot against Julius Randle of the New York Knicks. (Image: Getty)

Durant knocked down a 3-pointer to break a 103-103 tie with 56 seconds remaining. He added four free throws to ice the victory and pass the 50-point mark for the eighth time in his career.

With 53 points against the Knicks, Durant also became the 13th player in NBA history to score 40 or more points in a game at least 60 times.

Durant fell one-point shy of his career high of 54 points (set in 2014). Durant finished the night with 53 points, nine assists, and six rebounds.

More importantly, the Nets got a much-needed win. With a 35-33 record, the Nets now occupy the #8 seed in the Eastern Conference playoff standings. They’re 9.5 games out of first place, but now have a 1.5-game lead over the #9 Atlanta Hawks and a two-game edge over the #10 Charlotte Hornets.

Due to a weird loophole in the New York City health mandate, Kyrie Irving is not allowed to play in home games for the Nets, but he can walk into Barclay’s Center as a spectator. He sat at a courtside seat, but not on the Nets’ bench. The crowd gave him a thunderous applause upon his arrival.

Durant unleashed 40 points through the first three quarters. He added 13 points in the fourth quarter to help lock up the victory.

“KD’s one of the best to ever do it,” said RJ Barrett from the Knicks. “So, it’s tough when he gets hot like that. Especially the shot he hit with a minute left. Was a big shot.”

Durant struggled from 3-point range with a 4-for-13 clip, but he drilled the one trey that mattered the most in crunch time. He shot 15-for-24 from inside the arc, and 11-for-12 from the free-throw line.

“That man’s insane,” said teammate Bruce Brown. “He makes everything look easy out there.”

Durant notched his second 50-point game of the season including 51 points against the Detroit Pistons a week before Christmas. Durant joined LeBron James and Jayson Tatum as the only players to score 50-plus multiple times.

LeBron and Durant find themselves in a tight race for the NBA scoring title. A sizzling-hot LeBron recently dropped back-to-back 50-point games at home in LA including a season-high 56 points. LeBron leads the league in scoring with 29.71 ppg versus Durant and his 29.59 ppg.