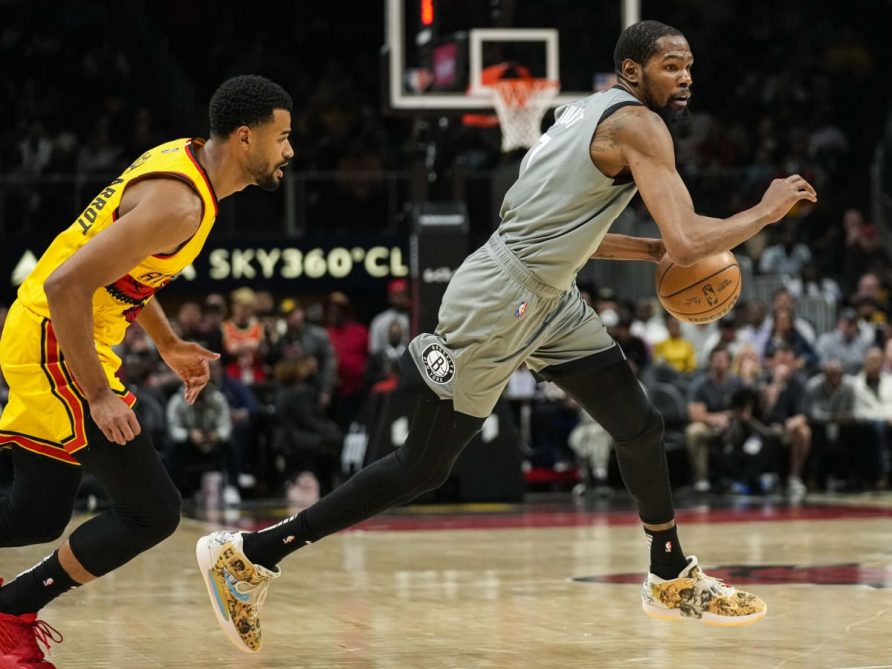 Even though Kevin Durant scored a career-high 55 points, the Brooklyn Nets lost 122-115 to the Atlanta Hawks which spoiled a sensational performance from KD. 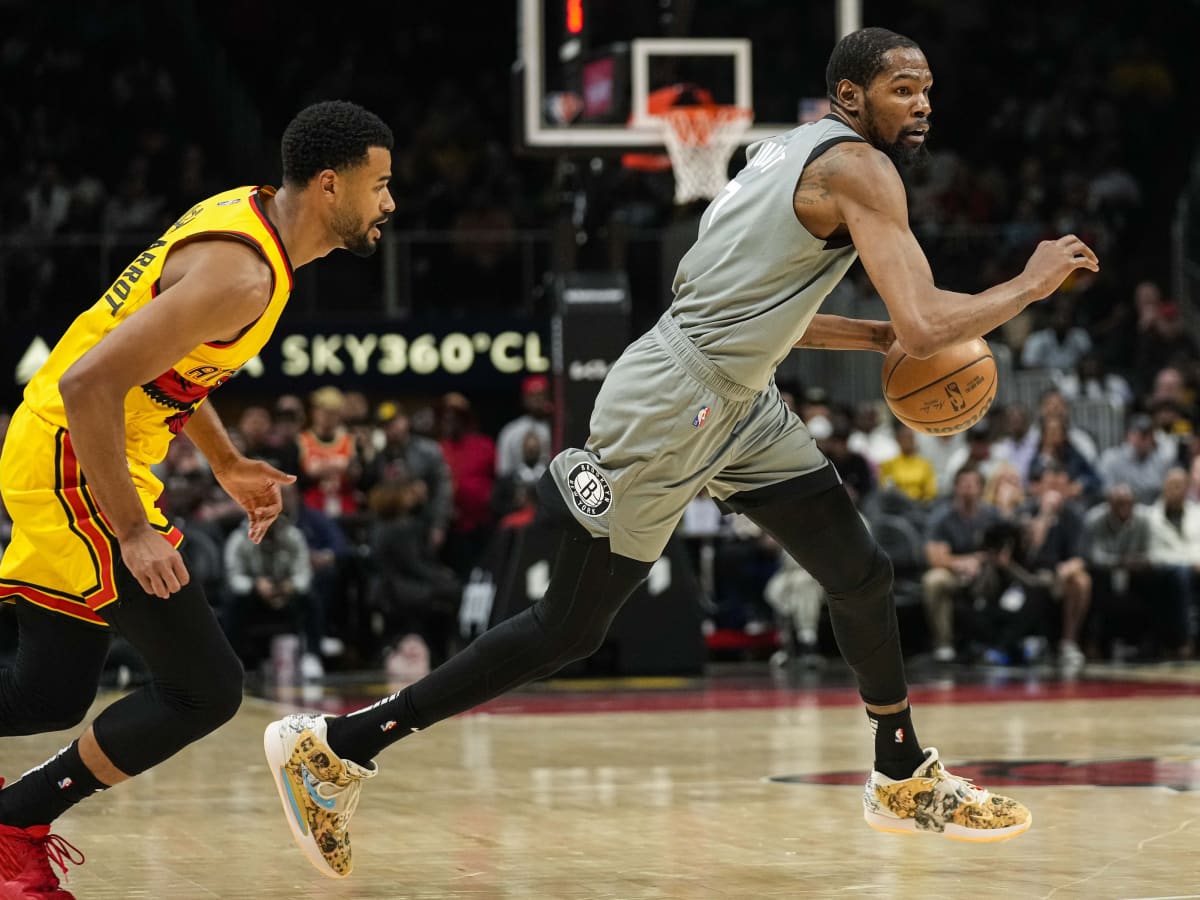 Kevin Durant from the Brooklyn Nets puts a move on Timothe Luwawu-Cabarrot from the Atlanta Hawks to score two of his career-high 55 points. (Image: Getty)

The Nets fell behind by double digits in the second quarter and never fully recovered. They erased a 15-point halftime deficit with a huge third quarter from Durant and Kyrie Irving. The Hawks held off a fourth-quarter rally to secure a victory thanks to Trae Young, who scored nine points in the final minute to ice the game.

The Hawks (41-37) moved into the #8 spot in the Eastern Conference playoff standings after unleashing a 10-3 run over their last 13 games.

Durant got off to a sizzling start by scoring 13 out of Brooklyn’s first 18 points of the game. He looked unstoppable, especially from behind the arc where he connected on 80% of his 3-pointers on 8-for-10 shooting from downtown.

Despite the loss, Durant finished the evening with 55 points, seven rebounds, three assists, and one steal.

“Amazing individual performance from KD, but our poor defense as a team ruined (everything),” said head coach Steve Nash.

Durant torched the Knicks for 53 points last month, but his 55 points eclipsed his previous all-time high. In 2014, when he played for the Oklahoma City Thunder, Durant set his initial career high with 54 points.

“I’m just mad at the loss,” said Durant. “I’m glad I shot the ball well. Made eight 3s, a career high, but I wish we would have came out with a W just by doing the little stuff.”

Irving added 31 points for the Nets. Irving and Durant combined for 86 points and generated nearly 75% of the Nets’ total offense. The rest of the Nets contributed 29 points in the loss. The other starters — Andre Drummond, Patty Mills, and Kessler Edwards combined for just 17 points, while the bench added only 12 points. The Hawks relied heavily on their second unit — aka the Bench Mob — who outscored the Nets’ bench 46-12.

A red-hot Durant and Irving combined for 15-for-24 from 3-point range, while the rest of the Nets tallied 2-for-13 from downtown. The bench shot blanks with a 0-for-4 effort, while Mills couldn’t hit a trey to save his life with a 0-for-5 clip.

Check out more highlight videos and other installments of NBA High Guys.