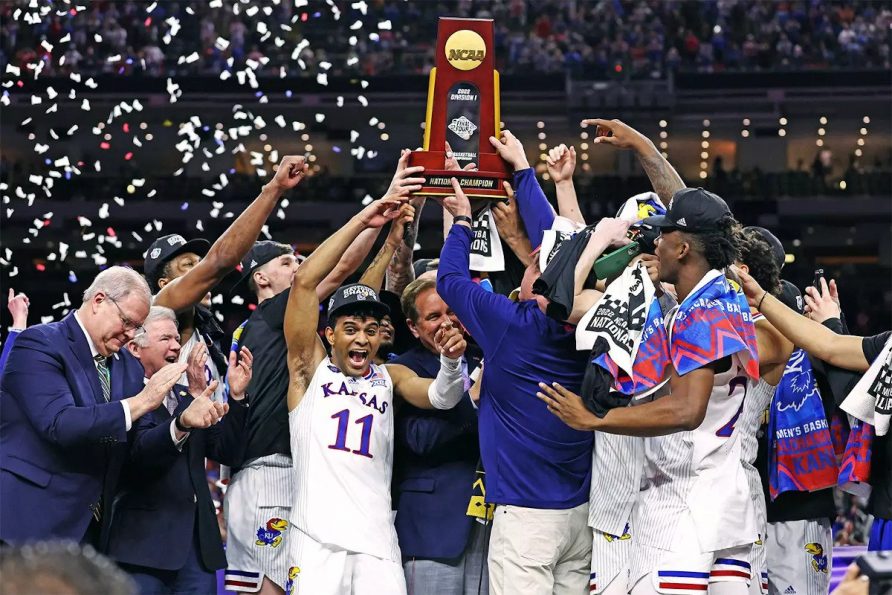 The Kansas Jayhawks won their fourth national title in school history by beating North Carolina in the final of the NCAA Men’s Basketball Championship on Monday night. Less than 24 hours later, some sportsbooks have already pegged them as the favorites to win March Madness again in 2023. 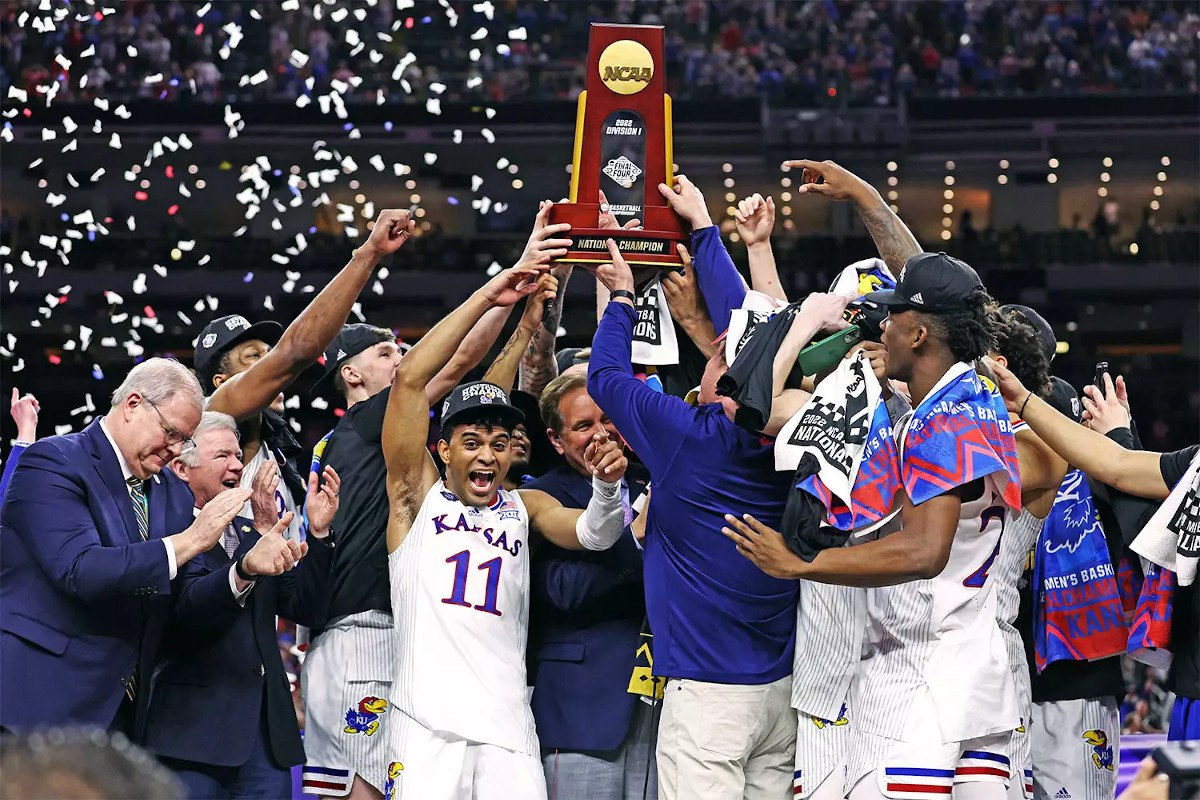 The Kansas Jayhawks are the early favorites to win the 2023 March Madness championship at some sportsbooks. (Image: Tom Pennington/Getty)

Caesars Sportsbook opened Kansas as the +1000 favorite to win the 2023 NCAA Tournament, though that was far from a unanimous selection among sportsbooks.

Kansas rebuilding for another title run

Kansas came back from a 15-point halftime deficit to beat the Tar Heels 72-69 in a thrilling title game that came down to the final seconds. It was the first national championship for the Jayhawks since 2008. DraftKings had listed Kansas as a +1100 pick at the start of the tournament.

That was far behind tournament favorite Gonzaga (+350), which lost in the Sweet 16. Caesars doesn’t see much of a drop off for Gonzaga in the coming 2022-23 season, posting the Bulldogs as the +1200 second choice. Gonzaga could lose both center Chet Holmgren and Drew Timme to the NBA Draft in the coming weeks.

Kansas will also be losing much of its star power this coming offseason. Final Four Most Outstanding Player Ochai Agbaji will likely leave, as will finals standout David McCormack. Remy Martin, Mitch Lightfoot, and Christian Braun are other contributors unlikely to give Kansas minutes next year.

That turnover has led some sportsbooks to look elsewhere for a favorite, or at least consider other teams at the top of the board. FanDuel lists Kansas as a +1300 co-favorite alongside both Arkansas and Duke, each of which made deep runs this year. They also see a number of very close contenders this far out, including Houston (+1400), UCLA (+1400), Kentucky (+1500), North Carolina (+1500), and Baylor (+1500).

Like Kansas and Gonzaga, Duke will lose some significant pieces in the offseason, likely including star freshman Paolo Banchero. The most significant departure is that of Mike Krzyzewski, who coached at Duke since 1981, but retired at the end of the 2021-22 season.

No matter where you want to bet on next year’s March Madness winner, nearly all of the top contenders will be blue bloods and major college basketball powers. That doesn’t mean you can’t drop some money on a Cinderella, though. Saint Louis made a magical run to the Elite Eight this year, and DraftKings now lists them as +9000 picks to win the title in 2023 – the same odds as Illinois, and ahead of former champions like Syracuse (+10000) and Louisville (+15000).