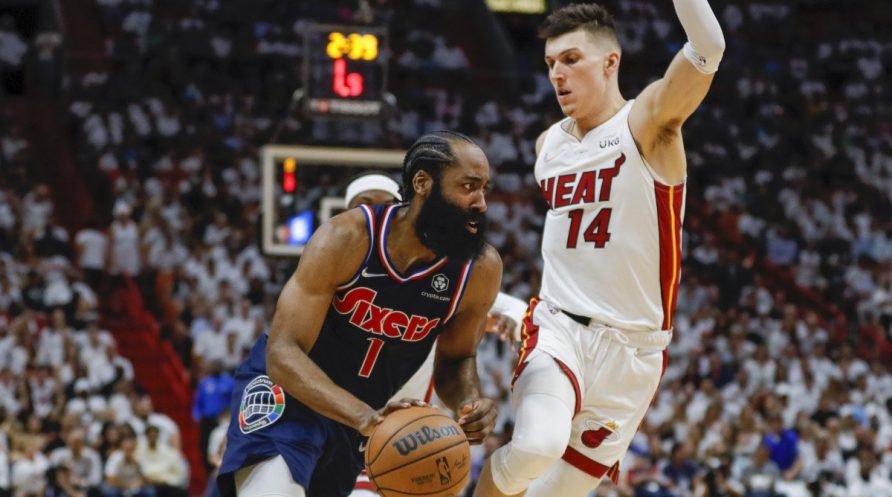 The Philadelphia 76ers lost Game 1 of the Eastern Conference Semifinals against the Miami Heat without Joel Embiid in the lineup while the MVP-candidate nurses an orbital fracture injury and a concussion, but the Sixers could get Embiid back in the lineup as early as Game 3 when the series shifts to Philadelphia. 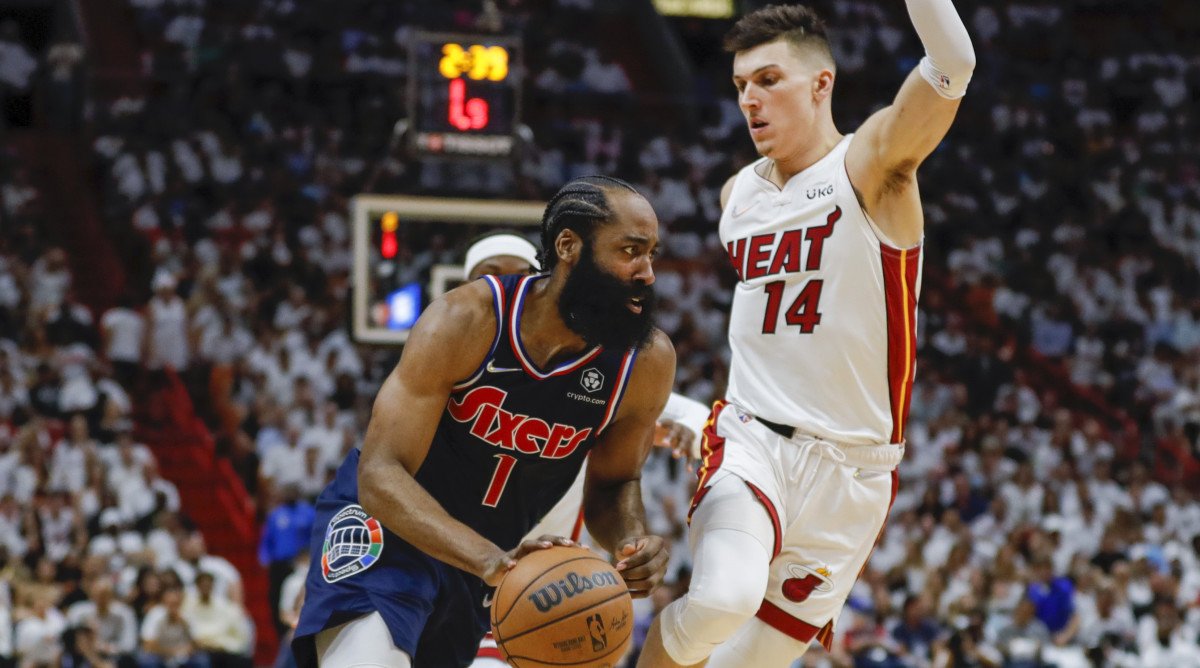 James Harden from the Philadelphia 76ers attempts to blow by Tyler Herro of the Miami Heat during a Game 1 loss at American Airlines Arena in downtown Miami. (Image: Getty)

In the series-clinching Game 6 against the Toronto Raptors in the first round, Embiid caught an errant elbow from Pascal Siakim late in the fourth quarter. Embiid quickly exited the game, but it wasn’t until the day after the victory that the 76ers indicated that Embiid was out indefinitely and not expected to suit up for the start of the second-round series against the top-seeded Miami Heat.

Embiid did not travel with the 76ers for Game 1 and Game 2 in Miami. So long as Embiid clears concussion protocol, he will attempt to play for the 76ers at home with the orbital injury while utilizing a facial mask.

Embiid led the NBA in scoring this season averaging 30.6 points, 11.7 rebounds, and 4.2 assists per game. He also posted the third-best PER rating in the league at 31.24. He was among the three finalists for 2022 MVP along with reigning MVP Nikola Jokic and Giannis ‘Greek Freak’ Antetokounmpo.

Without Embiid in Game 1, the 76ers were outrebounded (47-37) by the Heat. They also struggled to score buckets in the second half during a 106-92 loss. Tobias Harris led the 7ers with 27 points on an efficient 11-for-18 from the floor, but the rest of the 76ers looked sluggish on offense.

James Harden was a huge disappointment with just 16 points on 5-for-13 shooting, including 3-for-7 from 3-point range. With Embiid sidelined with an injury and concussion, the 76ers need Harden to revert back to his alpha-dog scoring ways when he played with the Houston Rockets if they expect to steal a win in Game 2.

DeAndre Jordan started in place of Embiid, but Doc Rivers tapped three other different players to help plug the line without Embiid on the court. Rivers will continue to rotate four players in Game 2 including Jordan, Paul Milsap, Paul Reed, and rookie Charles Bassey.

“We may need all four guys, even if it’s to burn minutes,” said Rivers. “The one thing Miami is, if they’re nothing else, they’re clever. They’re foul magnets. That’s a concern for us. Two reasons. Firstly, they shoot free throws well, so we don’t want to play the whole series in the penalty. Secondly, getting some of our guys in foul trouble. We just have to be very smart in how we plan our bigs.”

Tyler Herro dropped 24 points off the bench for the Heat on 4-for-6 shooting from downtown. Big Man Bam Adebayo took advantage of the Embiid injury and scored 24 points and added 12 rebounds in the Game 1 victory.