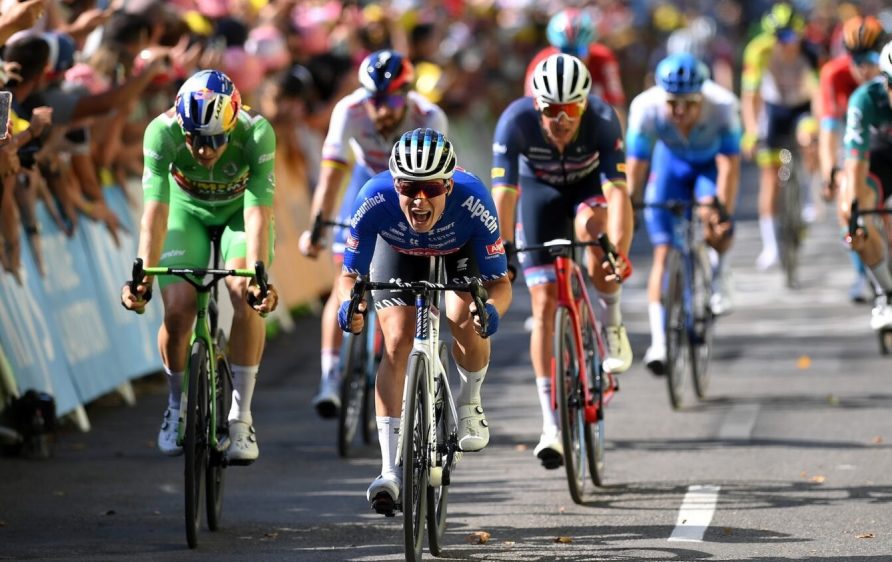 Sprinter Jasper Philipsen from Alpecin-Deceuninck secured his first-ever stage victory in the Tour de France by edging out Wout van Aert (Jumbo-Visma) at the finish line in Stage 15 at Carcassonne. 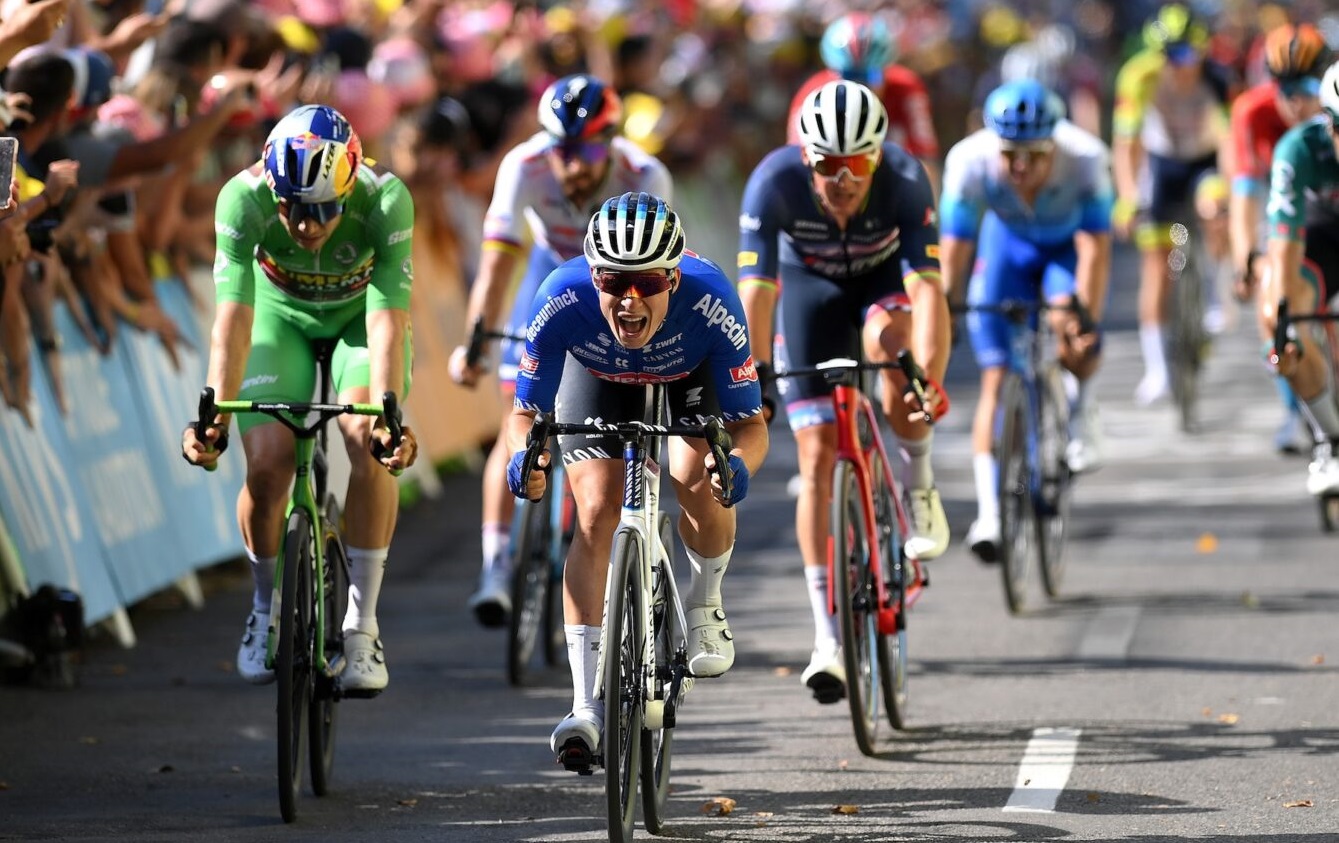 Stage 15 featured the last 200-plus km stage during a flat route from Rodez to the walled city of Carcassonne, which would be the penultimate stage for sprinters before the final stage in Paris next Sunday.

Despite a sloppy lead out and discombobulated organization from teams in the final kilometer, a final surge from Philipsen put him ahead of van Aert and Mads Pedersen. Pedersen, Stage 13 winner from Denmark, finished in third place and missed a chance to lock up a second stage victory for Trek-Segafredo since Friday.

Van Aert won two stages already on Le Tour, and he was the betting favorite at +500 odds coming into Stage 15, but he finished in second place once again. Philipsen was +550 odds as the second favorite to win Stage 15 on the betting board at DraftKings. Thanks to Philipsen, Alpecin-Deceuninck also secured their first stage win this year.

🏆 A first Tour stage win and what a way to do it!

Monday is the final rest day of the 2022 Tour de France as the peloton makes their way to the Pyrenees for the last mountains stages this week. On Tuesday, Stage 16 features a hilly 178.5 km route from Carcassonne to Foix with four categorized climbs. There’s a pair of Category 1 climbs in the final third of Stage 15 including ascents of Port de Lers and Mur de Peguere.

In the final week of Le Tour, expect teams without any wins to try to stage hunt via a breakaway. At the same time, it’s crunch time for Tadej Pogacar. The defending champ is expected to make a move in Stage 15 to try to shave time off Jonas Vingegaard’s lead.

Pogacar continues to trail Vingegaard by 2:22 and Geraint Thomas (Ineos) is 2:43 off the lead in third place.

Jumbo-Visma took a huge blow on Sunday when they lost two riders. Primoz Roglic was a late scratch before the start in Stage 15. They also lost Steven Kruijswijk — one of their top climbers who was going to help protect Vingegaard in the mountains – to a crash in the middle of Stage 15. Kruijswijk was whisked away in an ambulance and his Tour de France is over.

Oddmakers adjusted the betting lines to reflect Jumbo-Visma’s distress. Vingegaard is now only -225 odds to win the 2022 Tour de France, while Pogacar bumped from +300 to +175.

Check out OG’s extensive coverage of the 2022 Tour de France.