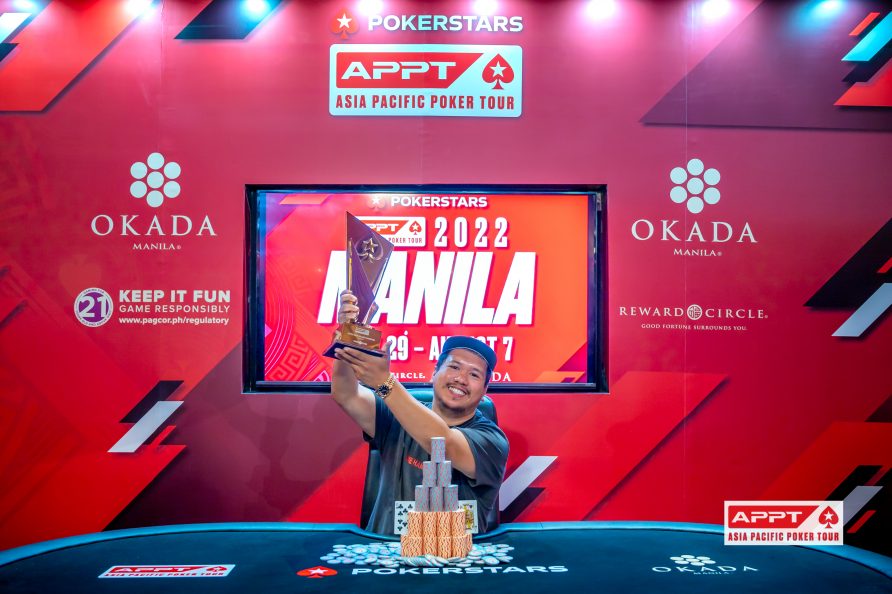 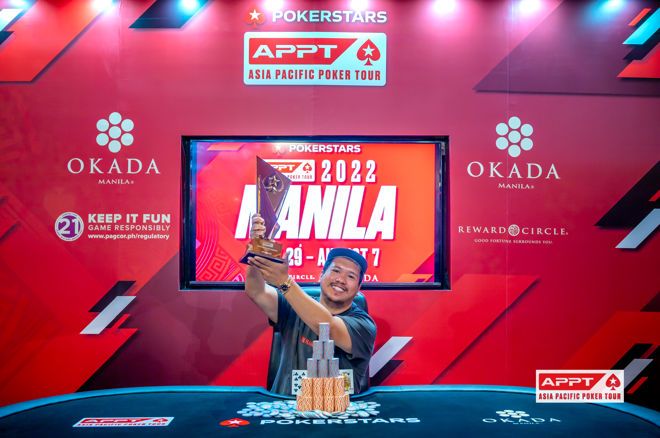 Take a look at what is going on at the PokerStars Asia Pacific Poker Tour (APPT) Manila festival if you need proof that live poker is booming in the Philippines. PokerStars placed a ₱20 million ($359,559) guarantee on the ₱65,000 buy-in ($1,168) APPT Manila Main Event, but a bumper crowd of 355 entrants on Day 1a means that guarantee has already been hit!

Only 77 of those hopefuls made it through Day 1a unscathed, and nobody bagged up more chips than the 348,500 of Edilberto Gopez. South Korea’s Ju Ha (347,000) came close to Gopez but ultimately fell short.

While the APPT Manila Main Event was cutting down the first of the first flight, the ₱500,000 ($8,988) buy-in Super High Roller was busy crowning its champion, and that champion was none other than APPT regular James Mendoza.

Mendoza was one of 44 players who bought into the APPT Manila Super High Roller, who helped create a ₱20,699,800 ($371,121) prize pool that the top six finishers shared. Mendoza has fought it out on the popular APPT circuit since 2012, and managed to win an event seven years later. His victory came in the 2019 APPT Manila Finale and came with ₱410,600 ($7,817). This latest outright win came with a prize weighing in at 15-times that amount!

The eventual champion entered the final table stage with 24 big blinds and the unwanted title of the final table’s short stack. However, Mendoza kept his cool and managed to improve his position before eliminating China’s Kong Yue to give himself some ammunition to mount a charge for the title.

The money bubble burst when Steve Yea got his last ten big blinds into the middle with ace-king of spades, and Mike Takayama called with ace-trey of diamonds. Yea flopped two kings, but Takayama held a flush draw, which came in on the river.

John Tech fell in sixth when his tens failed to hold against Takayama’s ace-queen; Takayama again hit a flush.

With only five players remaining, Mendoza went on a one-man wrecking spree, and he was responsible for busting his final four opponents. Mendoza’s queens held against Takashi Ogura’s queen-ten, and then his ace-seven beat the queen-ten of Takayama. Mendoza then eliminated Zhingang Chen who was down to only four big blinds before he busted.

The heads-up duo struck an ICM deal that significantly lessened the pay jumps, and the pair continued to fight it out for the title and the trophy. Mendoz whittled Victor Chong’s stack down to 15 big blinds over the course of the next 40 minutes, prompting Chong to take a stand with pocket threes for his stack. Mendoza called with jack-ten, flopped two pair, and became the 2022 PokerStars APPT Manila Super High Roller champion.