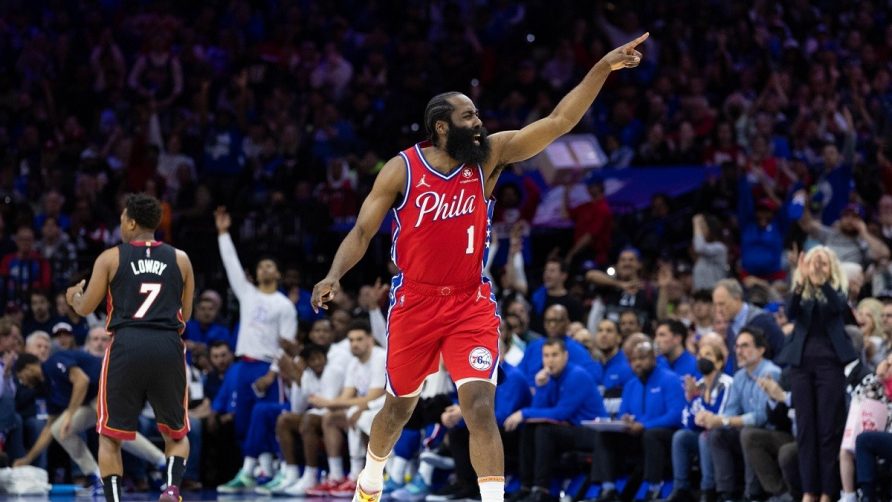 It’s been a while since opposing teams had to fear the beard. For the first time with the Philadelphia 76ers, James Harden looked like the ferocious assassin who won the MVP in 2018 with the Houston Rockets. Harden scored 31 points and Joel Embiid added 24 points to lead the 76ers to a 116-108 victory over the Miami Heat in Game 4 of the Eastern Conference Semifinals. 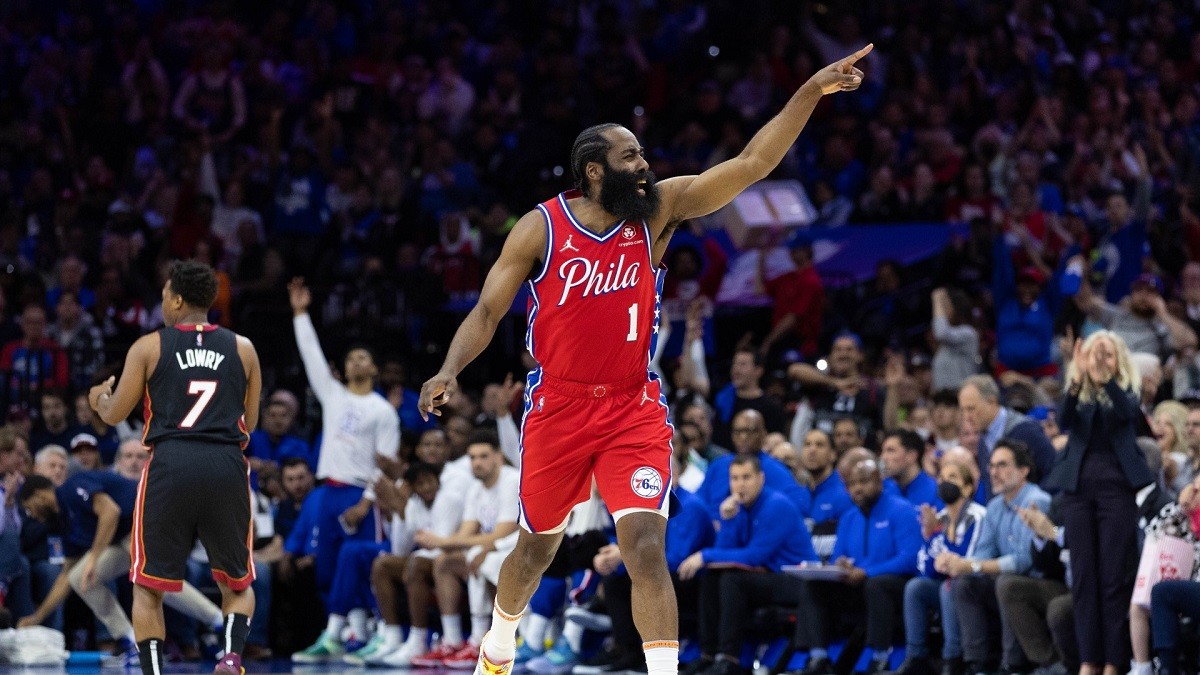 James Harden from the Philadelphia 76ers celebrates a big 3-pointer in the fourth quarter against the Miami Heat. (Image: Getty)

The 76ers won two games in a row at home to even the series at 2-2. Without Embiid (concussion, orbital fracture) in the lineup for the first two games of the series in Miami, the Heat took a 2-0 lead. With Embiid back in the lineup and wearing a face mask, the 76ers rattled off two consecutive victories. And now that Harden finally looks like his old self, this is a brand-new series.

With Game 5 returning to Miami on Tuesday night, the Heat are -3 favorites.

The Heat are -150 odds to win the series and advance to the Eastern Conference Finals for the second time in three years. The 76ers are +125 odds to pull off a sick comeback and win the series.

After losing two games in a row, the Heat saw their championship odds drop to +800. The 76ers saw their title odds bump to +1600.

Fear the Beard, Fear the Mask

The 76ers were waiting for Harden to finally wake up from a deep slumber, or snap out of his funk, or finally bring the heat against the Heat. Insert whatever cliche you want, but Harden put on an old-school performance. He scored 15 of his team-high 31 points in the fourth quarter and knocked down some of his patented step-back 3-pointers.

“It’s just James being James,” said head coach Doc Rivers. “I felt like he was going to have a big game tonight. You can just sense it.”

“Nothing really changed,” deadpanned Harden. “I just made shots.”

Harden shot 8-for-18 from the flooring including 6-for-10 from 3-point range. He also went 9-for-10 at the free-throw line. Harden finished the night with 31 points, nine assists, seven rebounds, and one steal.

“He’s a good player,” said Jimmy Butler. “He did what he was supposed to do.”

Despite the back-to-back wins, Embiid downplayed his performance.

“We haven’t seen the best of Joel in this series yet,” added Rivers. “He’s still trying to figure out how to play with that mask sliding all over his face.”

Jimmy Buckets Gets 40 in L

Jimmy Butler scored 40 points in a losing effort. He was definitely on a roll, but the Heat play their best basketball when the entire team is sharing the rock. With the Heat sharpshooters going cold, Butler shouldered the offensive burden. He shot an efficient 13-for-20 from the floor, but just 2-for-6 from 3-point range. He also added six assists, three rebounds, two steals, and two blocked shots.

“Didn’t mean nothing because we got the L,” said Butler about his game-high 40 points.

Bam Adebayo added 24 points and seven rebounds, but the rest of the team could not get going.

“I thought we had some really good looks, but we just missed them,” said Heat head coach Erik Spoelstra.

Oladipo contributed 15 points off the bench, but he had the worst plus/minus rating on the Heat in Game 4 at -12.

“We just have to get back to Miami and see,” said Spoelstra.