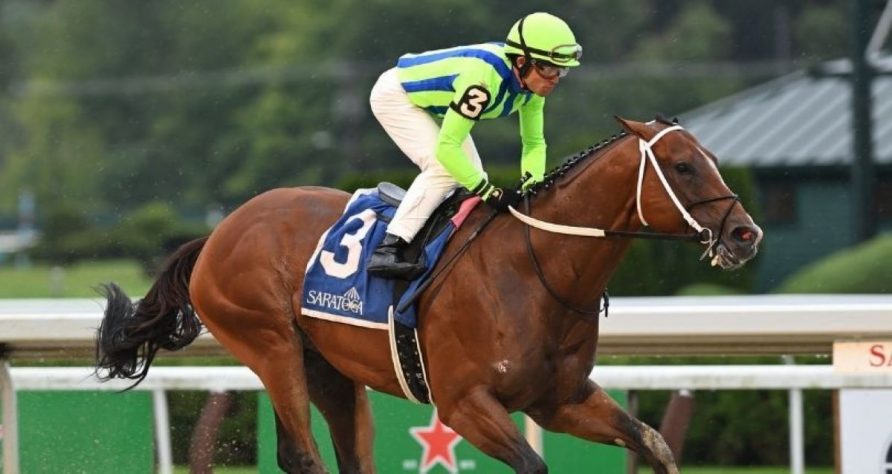 Since Jackie’s Warrior is understandably attracting all the attention in Saturday’s Grade 1 Alfred G. Vanderbilt Stakes, trainer Steve Asmussen is searching for more superlatives to describe his star sprinter. 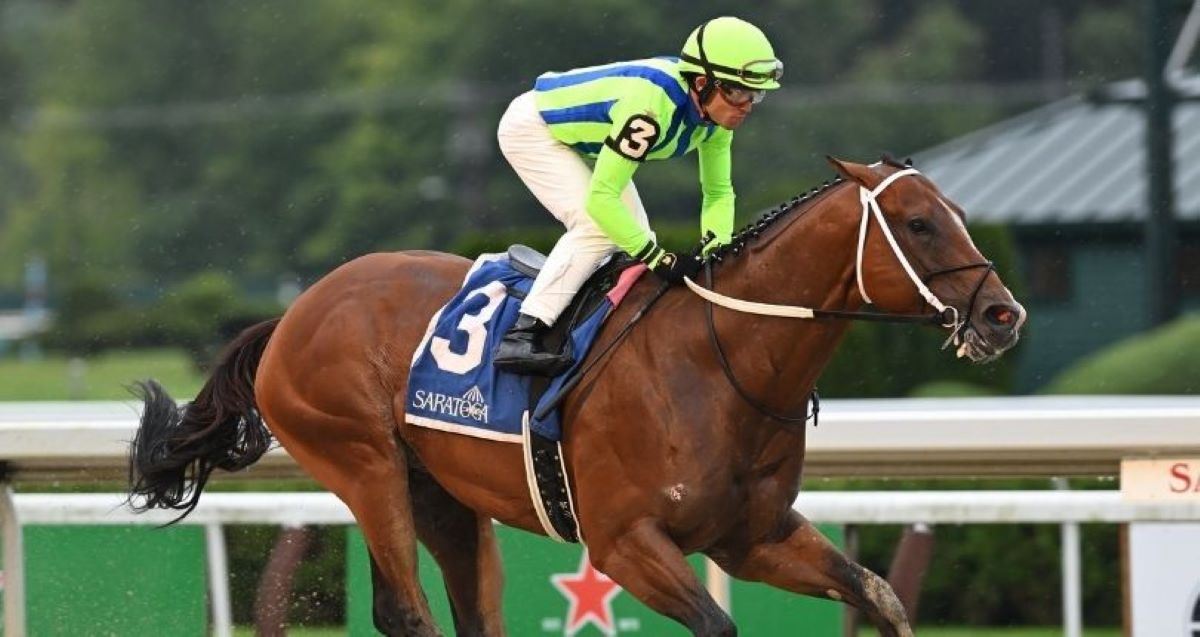 He’s officially out of superlatives. And even after looking at Jackie’s Warrior’s resume, Asmussen realizes simple is best.

“He’s 4-for-4 at Saratoga, all graded stakes. It’s a wonderful opportunity and we’re very much looking forward to it,” Asmussen said. “He’s an excellent horse and in interviews about him, you want to say something different, but he has just been consistently brilliant.”

That’s an accurate description for last year’s Champion Male Sprinter, who comes into the six-furlong sprint for 3-year-olds and up 6-for-his-last-7. Since finishing second in the 2021 Woody Stephens to Drain the Clock, Jackie’s Warrior won two Grade 1s, three Grade 2s and a Grade 3. His only hiccup was an uncharacteristic sixth in the Breeders’ Cup Sprint at Del Mar.

One of those Grade 2s, the Amsterdam at Saratoga, not only kept Jackie’s Warrior’s Spa record perfect, but avenged that loss to Drain the Clock. Jackie’s Warrior beat him by 7 ¼ lengths in the rematch.

Vanderbilt the logical next step in the process

Jackie’s Warrior’s average Equibase Speed Figure in those seven races – even counting the Breeders’ Cup Sprint – is 108.6. He’s won his three 2022 races by a combined 9 ¾ lengths.

That explains why you’re seeing Jackie’s Warrior at Saratoga. And why you’re seeing him carry a 1/5 morning line. Asmussen built the 4-year-old’s season toward rectifying that oversight. The Vanderbilt is the latest step in the process, one starting with the Grade 3 Count Fleet Handicap at Oaklawn in April. It moved to victory in the Grade 1 Churchill Downs and the Grade 2 True North at Belmont Park in June.

“He was put back in training this year with the Breeders’ Cup in mind. Last year, he started out in a two-turn race and defined himself in one-turn races,” Asmussen said. “This year, we’ve had less racing to this point and a fresher horse. We’re sure of what we want to do with him. We have three dominant victories and three races left on his calendar. We want to be purposeful and exact.”

Not even Vanderbilt would have cashed last year’s event

That continues with the Vanderbilt, where five challengers attempt pulling off what 34/1 shot Lexitonian did in last year’s Vanderbilt. The first and likely most recognizable name is Ny Traffic.

Yes, that Ny Traffic (6/1). The one-time router who nearly beat Horse of the Year Authentic in the 2020 Haskell and who finished eighth in the 2020 Kentucky Derby and ninth in that year’s Preakness.

After Ny Traffic finished second in last year’s Grade 3 Salvator Mile, trainer Saffie Joseph Jr. reinvented him into a sprinter. He won three minor sprint stakes: two at Belmont Park and one at Penn National. Two of those came in six-furlong affairs this year.

But never mind a Grade 1 score.  Ny Traffic has yet to win a graded stakes. Any graded stakes. He finished fifth in his last graded outing: March’s Grade 2 Gulfstream Park Mile Stakes. He makes his 20th lifetime start in the Vanderbilt.

“Since we cut him back, he’s improved to run some fast numbers,” Joseph Jr. said. “Before, he was on the Derby trail and he kind of always didn’t finish up his longer races going a mile, a mile and an eighth. So, since we cut him back, that seems to be what he wants to do.”

The other name of note is Long Range Toddy. A millionaire 6-year-old, Long Range Toddy makes his 29th career start looking for his first victory in 40 months. That neck score came at the 2019 Grade 2 Rebel Stakes – during Long Range Toddy’s 3-year-old season. He has three graded placings since, most recently in April at the Grade 3 Commonwealth on a sloppy Keeneland track.

The last time the Dallas Stewart charge went up against Jackie’s Warrior came at the Churchill Downs. There, he finished sixth, a non-threatening 12 ½ lengths behind.

The Vanderbilt is the eighth of 11 races on Saratoga’s Saturday card.