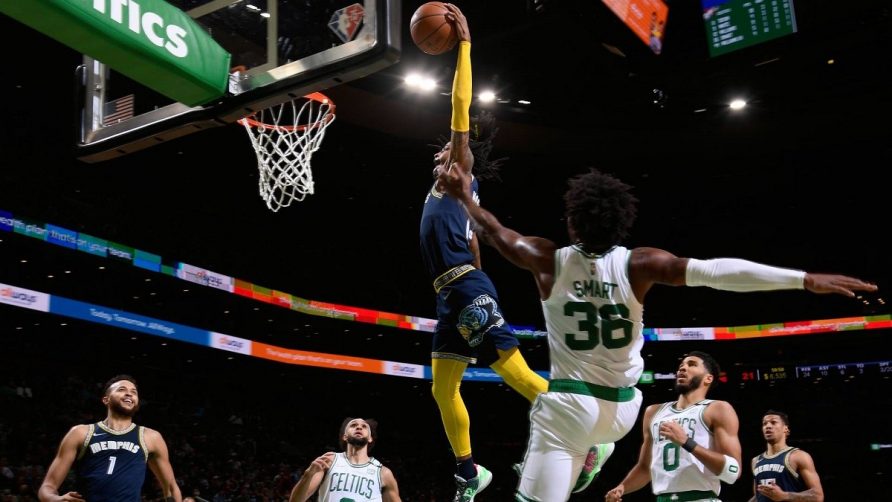 Ja Morant is in the middle of an MVP-like season, but the Memphis Grizzlies will keep him out of the lineup while he nurses a knee injury. 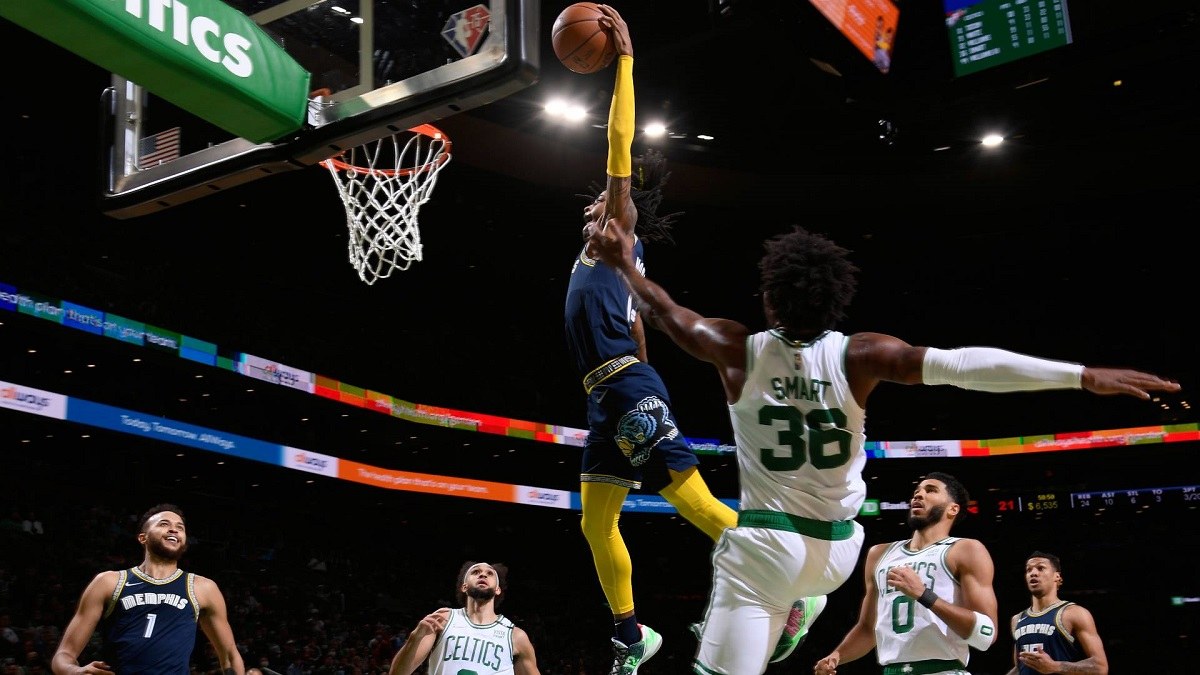 The high-flying Ja Morant from the Memphis Grizzlies elevates for a dunk against the Boston Celtics. (Image: Getty)

The Grizzlies announced they will reevaluate the knee injury in two weeks, but it’s mostly a precautionary move in order to keep Morant fresh for the postseason. The young Grizzlies are eager to make a splash in the playoffs and this upcoming postseason will give them the opportunity to gain much-needed experience.

The Phoenix Suns are the top team in the NBA with a 60-14 record, but the Grizzlies (51-23) joined the Suns as the only two teams to pass the 50-win mark. The Grizzlies hold down the #2 seed in the Western Conference with a 2.5-game lead over the Golden State Warriors in third place.

Saving Ja for the playoffs

Morant averages 27.6 points, 6.7 assists, and 5.7 rebounds per game. He’s the NBA’s seventh-best scorer, and he’s ranked #7 overall with a 25.00 PER rating. Morant missed the last three games with soreness in his right knee, but if this were the playoffs, Morant indicated that he would play through the injury.

“We expect him to make a full recovery before the playoffs, and we’re excited about that with two-and-a-half weeks left in the season,” said head coach Taylor Jenkins. “We’ll offload him early, then he’ll start reloading pretty soon here with that two weeks in mind to reevaluate.”

Without Morant in the lineup, the Grizzlies are 16-2 this season thanks to a deep bench. Backup point guard Tyus Jones started 18 games with Morant out, and he’s averaging 8.3 points and 4.3 assists per game.

Shooting guard Desmond Bane is probably the best player in the NBA who you don’t know about, and he’ll gladly pick up the scoring slack. Bane averages 18.2 ppg while shooting a deadly 42.6% from 3-point range. Without Morant the other night, Bane dropped 30 points against the Indiana Pacers.

Dillion Brooks (17.8 ppg) and Jaren Jackson Jr. (16.4 ppg) are also having sensational seasons. Brooks returned to the lineup after missing time with an injury, so the timing is right with Morant out the next two weeks.

The Grizzlies have the third-best offense in the NBA that generates 115.1 points per game, which is one of the reasons why six players average double digits. They also boast the best rebounding team in the league with 49.5 boards per game thanks to 10.0 per game from center Steven Adams, and 5.8 per game from Jackson.