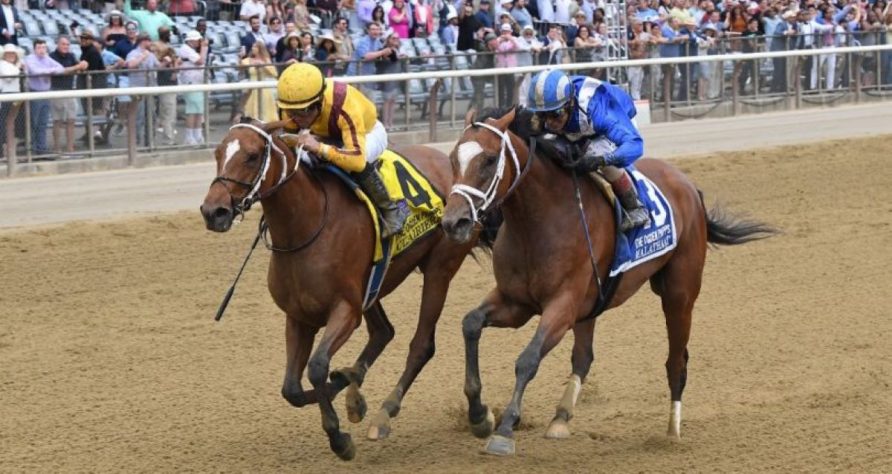 Clairiere and Malathaat share the same sire (Curlin) and the same breeder (Stonestreet Stables), so it’s only natural the two 4-year-old fillies share the same stage for the sixth time in Sunday’s Grade 2 Shuvee Stakes at Saratoga. 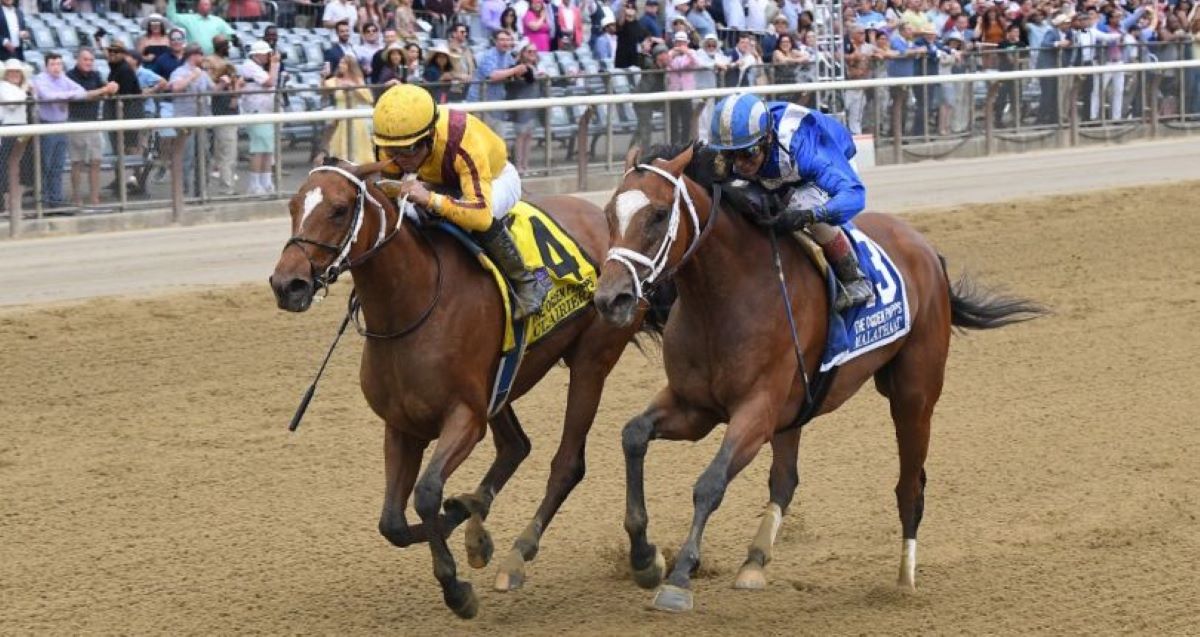 As rivalries go, this one took a while. But these two ride into the Shuvee with one of the best rivalries in horse racing. And the 1 1/8-mile Shuvee – even with a small four-horse field – provides yet another salvo in the battle for dominance in the older filly and mare division.

Why this rivalry took so long to finally crystalize was easy to define. Malathaat was the hammer and Clairiere was the nail. Todd Pletcher’s Malathaat won the first four meetings between the two, starting with last year’s Kentucky Oaks. The dominance continued through the CCA Oaks, where runner-up Malathaat finished one spot ahead of Clairiere and into Malathaat’s score in the Alabama a month later. It concluded in last November’s Breeders’ Cup Distaff, where third-place Malathaat bested Clairiere by one spot and a quarter length.

Add it up and Malathaat defeated her erstwhile rival by a combined 10 ½ lengths in the four races. Clairiere was good, but not quite good enough.

Until 2022. Until the Grade 1 Ogden Phipps on the Belmont Stakes undercard. That’s when Clairiere finally became the hammer. She was fourth of five at the half-mile pole: 14 ½ lengths behind pace-setter Letruska. At the three-quarters pole, she remained fourth: 8 ¼ lengths back.

But Joel Rosario bided his time perfectly. He swung Clairiere four-wide coming into the stretch, then relentlessly reeled in both new leader Search Results and Malathaat. The head victory gave Clairiere her second Grade 1 win and her first over her rival. It also came with a career-best 106 Beyer Speed Figure.

“It was a huge win for her to finally come out on the right end of Malathaat, a mare that I have the greatest respect for and last year’s deserving 3-year-old Champion Filly,” a relieved trainer Steve Asmussen told the New York Racing Association. “We always believed that Clairiere could get it done and last time out she did. That meant a lot to us.”

Asmussen said this was one of the most gratifying victories of his career. Quite the statement, coming from North America’s all-time winningest trainer.

“That’s what I love about horse racing. The last race is an indication of what you’re capable of, but it will not give you a head start on the next one,” Asmussen said. “You have to do it again. Malathaat beat her twice here last year and I expect to have two more runs against her here this year with the ultimate goal being the Breeders’ Cup Distaff. We’re at a very good level right now, but we’ll keep our eye on the prize, and that’s year-end honors.”

Those “year-end honors” rightfully belonged to Malathaat last year. That third in the Breeders’ Cup Distaff is the only time Malathaat finished outside the exacta in 10 races (7-2-1). She’s already north of $2 million in career earnings with plenty of high-profile, big-money races in front of her.

That includes the Grade 1 Personal Ensign Aug. 27 at Saratoga. Naturally, Clairiere is expected there as well, because both trainers see the Shuvee as the natural prep for that race.

Malathaat comes into the Shuvee never losing back-to-back races. She opened her 2022 with a three-quarter length victory as the 3/10 favorite in the Grade 3 Doubledogdare at Keeneland in April. She’ll continue it in the Shuvee sporting blinkers. She breezed with the new gear in 49.22 seconds for four furlongs July 17.

“We’ve thought about putting blinkers on her for a long time and it was hard to do last year because she was in the midst of such a good season,” Pletcher said. “We’ve felt like in both starts this year, she kind of lost focus at a certain stage of the race, so we decided to breeze her in blinkers and felt we got the desired effect that we were looking for.”

Looking for a piece of the Shuvee board – along with any attention – are Crazy Beautiful and Exotic West. Kenny McPeek’s Crazy Beautiful comes in off a runner-up at the Lady Jacqueline at Thistledown in Ohio. She’s run 18 times at 10 tracks in her career, amassing a 7-5-1 record and more than $1 million. But she’s never been a factor against Malathaat or Clairiere.

“Crazy Beautiful has been an overachiever. She’s accomplished a lot,” McPeek said. “She’s doing exceptionally well here and she’s going to need to find another level to beat Malathaat and Clairiere. Even if she is third or better, I think it’s going to be worth the try.”

Exotic West pulled off a 10/1 upset at the Top Flight Invitational at Aqueduct in April. But she bounced badly in her next start, finishing 14 ¼ lengths behind Super Quick in the Allaire DuPont Distaff as the 3/2 favorite.