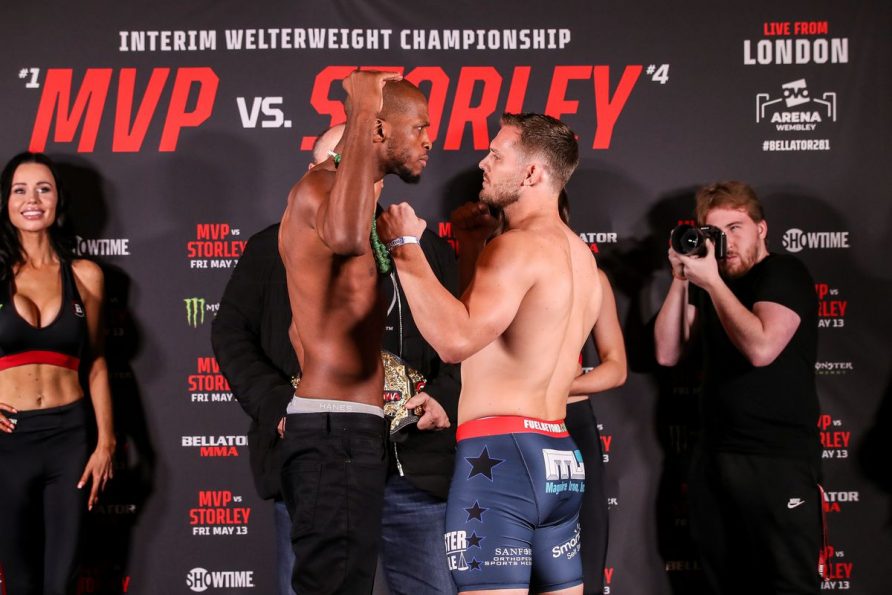 Michael “Venom” Page expected to fight for the Bellator Welterweight Championship on Saturday in London. Instead, he’ll face off with Logan Storley for the interim version of that title in the main event of Bellator 260. 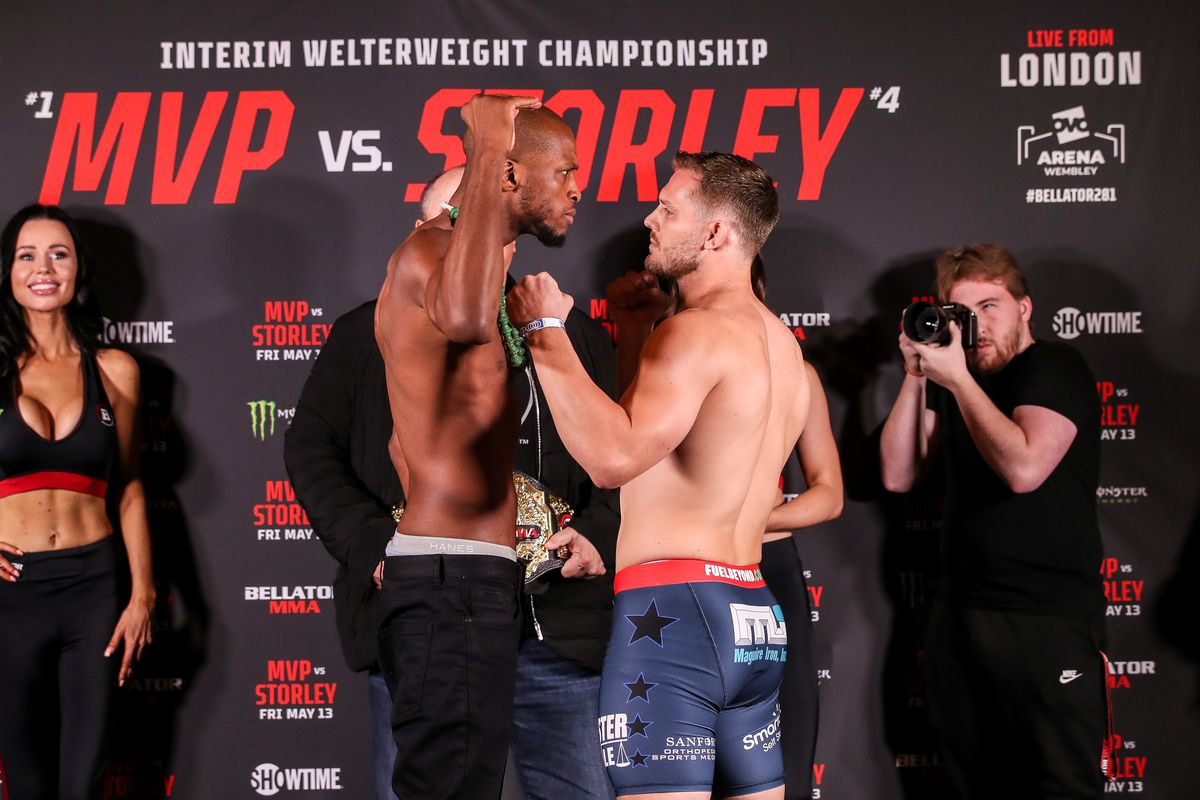 Welterweight champion Yaroslav Amosov dropped out of the bout, as he is fighting for his native Ukraine during the ongoing Russian invasion.

With that in mind, Bellator pegged Storley (13-1) as his replacement. With Page (20-1) ranked as the No. 1 contender in the division, and Storley the No. 4 welterweight, the winner will emerge as a deserve champion until the undefeated Amosov (26-0) can return to action.

Despite their rankings, Storley comes into the fight as a -280 favorite over Page (+225), according to DraftKings Sportsbook. It’s the culmination of an incredible journey for Storley, who earned All-American honors in wrestling four times for the Minnesota Golden Gophers.

Storley’s only career loss came to Amosov in November 2020. He barely had to think when it came time for a chance to fight for the interim title, knowing a win would likely earn him a rematch with the champion.

“I was like yeah, who, what, when?” Storley said, via GopherHole.com, recounting the call he received from his agent. “He said MVP and interim belt, for a title shot. I said ‘Yep, I’m ready.’”

Page wasn’t mad about losing his fight against Amosov, given the circumstances. His mind is now entirely on Storley. And while Storley is obviously a highly accomplished wrestler, there are other areas where MVP is certain he holds an edge.

“[His striking is] nowhere near mine,” Page told MMA Junkie after watching Storley’s recent win over Neiman Gracie. “It’s not something that I looked at and thought, ‘Oh my God, now I need to worry about his striking.’ Not at all.”

Storley faces challenges that go beyond Page’s ability to do damage on his feet. The UK crowd will be fully behind Page, who hails from London. Storley acknowledges that keeping the crowd out of the fight will play a role in getting this win.

“I know I need to be active on top and do damage and not let that crowd pay any factor in this fight,” Storley told reporters. “I’ve got nothing against them. I know they want their guy to win…But it’s my time right now, and I’ve got to go in there and do my job.”

Ultimately, Storley believes that if he sticks to his gameplan, he’ll find success somewhere over the course of five rounds.

“The biggest thing with him is, you can’t get frustrated,” Storley said. “Maybe I don’t get to my takedown. Maybe I don’t really land much and not a lot happens. You have to stay calm. You have to stay focused. So I don’t know if the first three minutes really tell everything. It’s a long fight and things can change really quickly.”