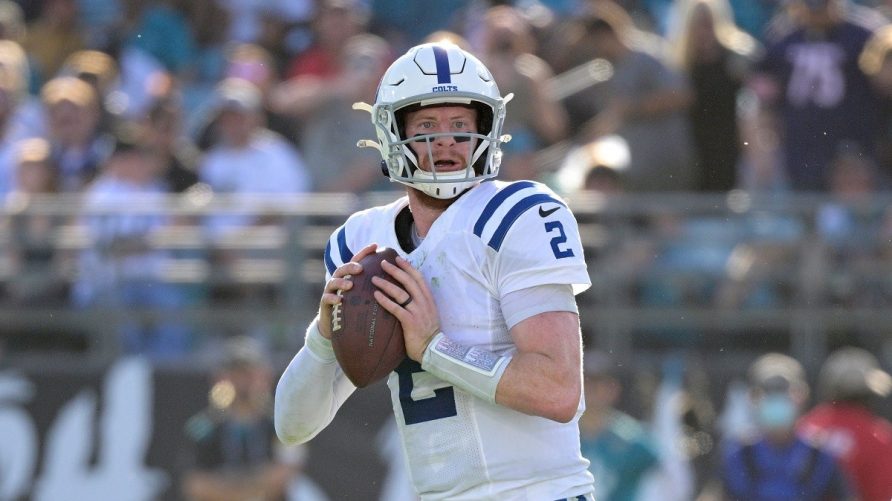 The Washington Commanders finally got a quarterback when they acquired Carson Wentz in a trade with the Indianapolis Colts. 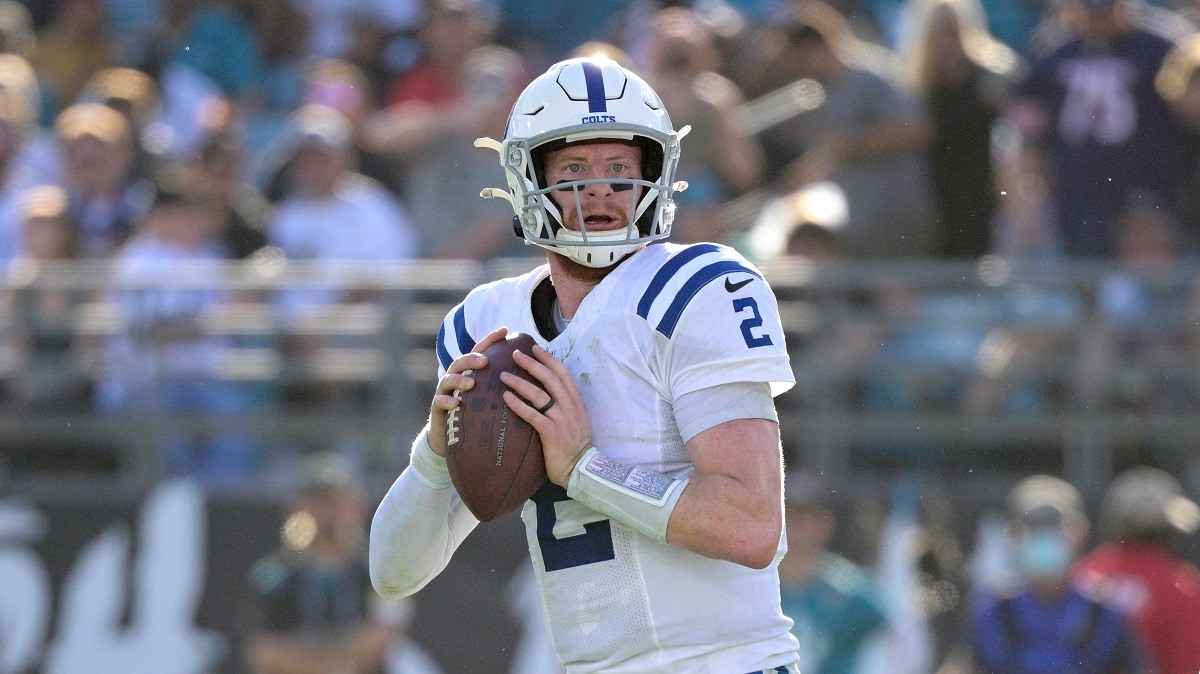 Carson Wentz, the ex-quarterback of the Indianapolis Colts, drops back for a pass in September 2021. (Phelan M. Ebenhack/AP)

The Commanders will send the Colts two third-round picks from 2022 and 2023. The 2023 pick is conditional and could become a second-round pick if Wentz logs 70% of the snaps this season for the Commanders.

The Commanders and Colts also swapped second-round picks in the upcoming 2022 NFL Draft. As a result, the Colts move up from the #47 overall pick to #42.

The Commanders will be on the hook for $28 million this season, which is what Wentz will be paid according to his contract. He’s also due a $5 million roster bonus, which kicks in next week, which the Commanders will also pay.

Last season, rookie Taylor Heinicke got a fire by baptism after Ryan Fitzpatrick suffered a hip injury in Week 1. Heinicke posted a 7-8 record as Washington Football Team’s starter, which is not that bad all things considered with 20 touchdowns and 15 interceptions. However, head coach Ron Rivera wanted a better option at quarterback and the Commanders ended up with Wentz. At least they still have Heinicke on the roster as the backup if/when Wentz gets injured.

Wentz played a full season with 17 games in 2021. He completed 62.4% of his passes for 3,563 yards, 27 touchdowns, and just seven interceptions. He was tied for third with the lowest amount of picks in the league, which meant he made good decisions in the pocket. Wentz finished the season with a 54.7 QBR, which was ranked #9 in the NFL.

In 2017 with the Philadelphia Eagles, Wentz tossed 33 touchdowns in just 13 games during his second season in the league. The Eagles dealt Wentz to the Colts in an offseason trade last year for a third-round pick in the 2021 NFL Draft and a conditional second-rounder in 2022.

The Colts gambled on Wentz and they went 9-8 season and missed a shot at the AFC Wild Card. It looks like that Wentz might be a one-and-done quarterback with the Commanders this season, but local fans are not happy because many of them wanted Jimmy G.

The Commanders failed in their attempt to lure Russell Wilson to the DC area when the Seattle Seahawks rejected their trade offer last week. The Commanders apparently offered a trio of first-round picks, but it’s unknown on who declined the trade (either the team, or Wilson, or both parties). Instead, Wilson went to the Denver Broncos in a blockbuster trade.

The Commanders also eyed Jimmy Garoppolo from the San Francisco 49ers. However, they were unable to work out a deal for Jimmy G. The 49ers went all-in and traded up in the 2021 NFL Draft to grab Trey Lance, whom they feel is the future of their franchise. Although Jimmy G was the starter this season and led the 49ers to a playoff upset over the top-seeded Green Bay Packers, his days with the Niners are numbered.

Now that the Commanders locked up a new quarterback with Wentz, other teams will scramble to acquire Jimmy G in a trade like the Indianapolis Colts.