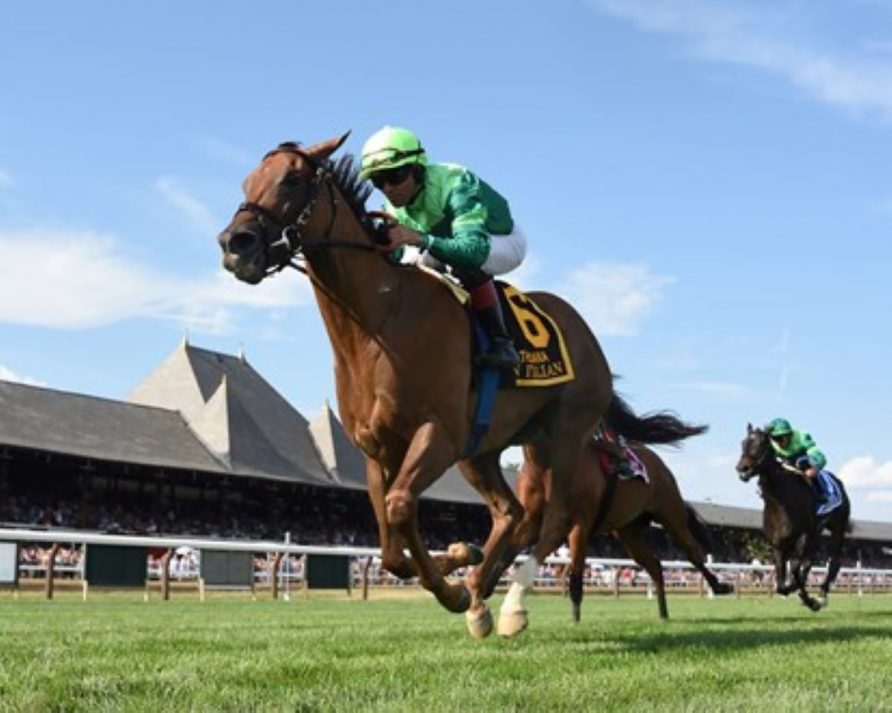 In Italian was Chad Brown’s fourth of four entries into Saturday’s Grade 1 Diana Stakes at Saratoga. At 8/1, she was the longest shot of Brown’s four-headed Diana armada, charged with being the rabbit for undefeated Bleecker Street or Rougir. Run fast, set a blistering pace for the closers to chase, then maybe catch a piece of the board. 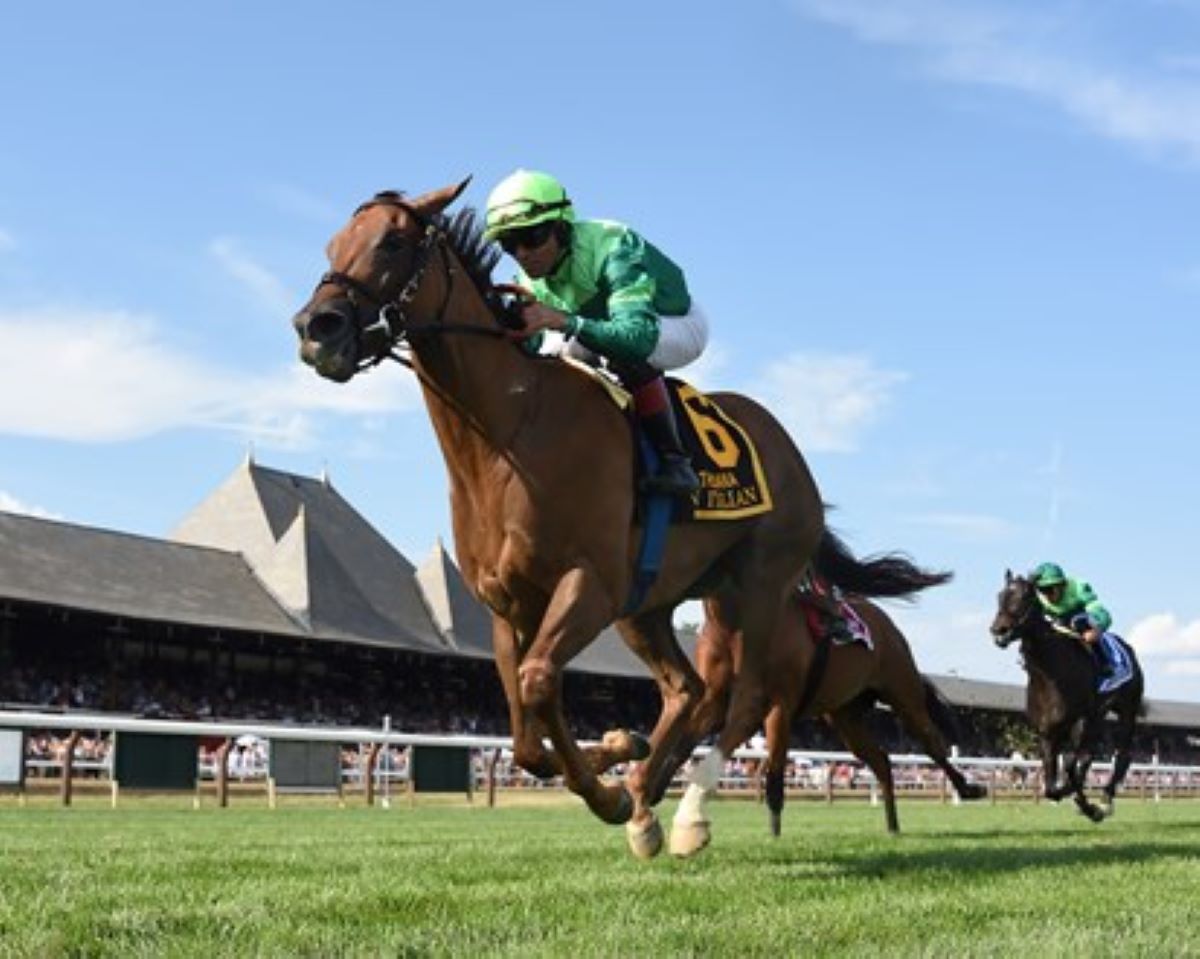 But instead of playing the rabbit for Brown’s talented closer duo, In Italian kept the pace she set all the way to a Saratoga track record. In Italian won the 1 1/8-mile Diana gate-to-wire, covering the nine furlongs in a Mellon Turf Course-record 1:45.06. It was the daughter of Dubawi’s third victory in five 2022 races and first since she won the Grade 3 Honey Fox Stakes at Gulfstream Park in March.

“I just think she’s a terrific filly and she wouldn’t be here if we didn’t think she had the ability to win,” co-owner Peter Brant told the New York Racing Association. “The instructions to (jockey) Joel (Rosario) were ride this race like you can win, not just for pace, and he did it.”

The victory gave Brown his seventh Diana title and fifth in the past six runnings. Not surprisingly, he went 1-2-3, with Technical Analysis providing a late, but futile challenge to finish second by 1 ½ lengths. Bleecker Street suffered her first defeat in eight races, winding up third by three lengths.

“I’m so lucky to have so many great horses in the division,” Brown said after the race. “When you can work them together and put them in different situations in their morning drills. I can really see when they’re in peak form and I can identify their preferred way to run.”

In Italian and Technical Analysis were supposed to be the front-end speed. They lived up to their billing, although Technical Analysis showed a new dimension. She was in fourth at the three quarters pole before turning on a late burst that overtook tiring Dalika and Creative Flair. Bleecker Street rallied from sixth and last under Irad Ortiz Jr., holding off Rougir for third.

In Italian paid $18.60, $7 and $3 for a $2 wager. This boosted Brown’s confidence immensely when it comes to older turf fillies. The line forms behind his deep, grassy barn when it comes to turf runners.

“They separate each other when you run them together,” he said. “My approach is, I would rather run them against each other and settle it on the track than start to cherry-pick who’s running and who’s not and a bunch of ‘What Ifs’ if I ran the one I didn’t run. I like to run the horses against each other, settle it out on the track, and this day it worked out that way. We’ll see if they meet in the future and maybe someone turns the tables. We’ll see.”

Brant purchased In Italian for the odd price of $609,634 at the 2019 Tattersalls October Yearling Sale. She kept her perfect in-the-money record intact, posting a 4-2-1 record in seven races, with $591,220 in career earnings.