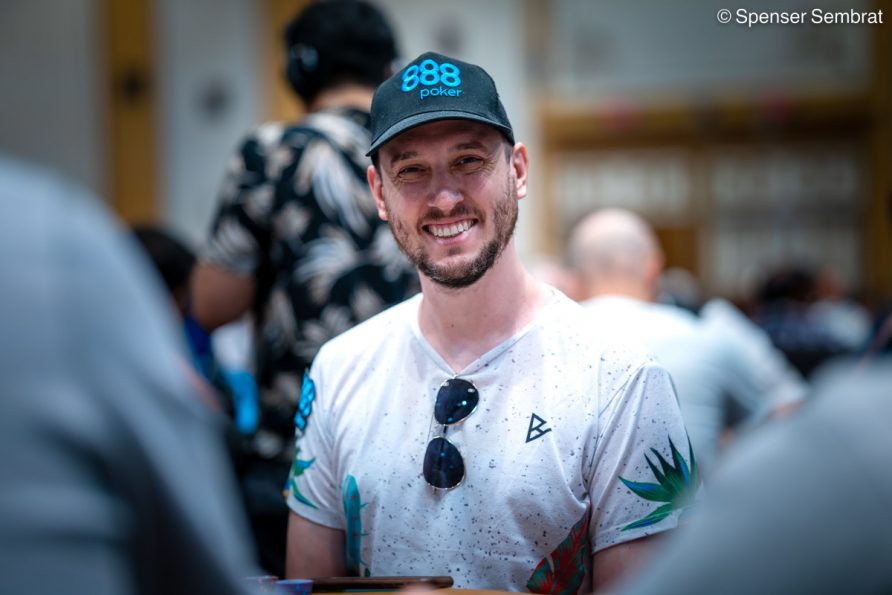 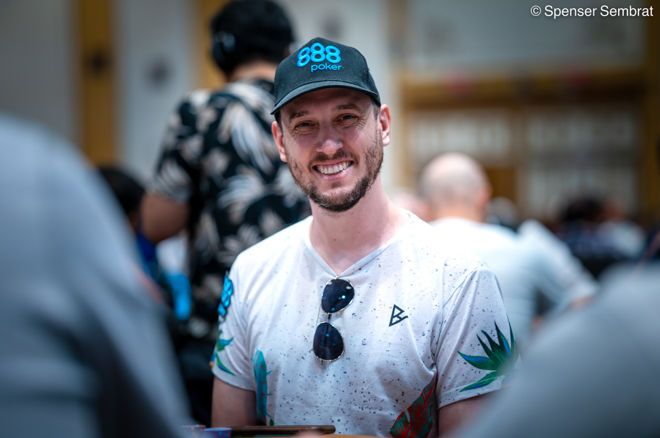 888poker’s newest ambassador Ian “Simpioni” Simpson got back to winning ways over the weekend, after a jaunt to the 2022 WSOP, when he was the last man standing in the $109 buy-in $15,000 guaranteed Sunday PKO Rumble. Simpson walked away with a bankroll-boosting $4,252 for his efforts.

The Sunday PKO Rumble drew in 210 entrants, including re-entries, and they created a $21,000 prize pool, some $6,000 more than the advertised guarantee. The top five finishers turned their $109 investment into a four-figure haul.

Simpson locked horns with Romania’s “Fisherman95” evenly matched in chips. Neither player could put any distance between themselves and the other, until a huge pot put the ball firmly in Simpson’s court.

That hand left Fisherman95 with a meager four big blind stack, while Simpson had over 100 big blinds. Fisherman95 doubled up, but any thoughts of an epic comeback were soon dashed when Simpson shoved with ten-eight, and Fisherman95 called with ace-nine. The all-queen flop kept the all-in player ahead, but a ten on the turn improved Simpson to a full house. A brick on the river meant it was job done for Simpson.

Lithuania’s “NL_Sport” helped themselves to almost $28,000 after a runner-up finish and a victory in two high stakes events at 888poker.

The final three players paused the clock to discuss a deal, and those discussions bore fruit. With chunky prizes locked up, the last standing trio set about concluding the tournament. “nusoviau” fell in third for $11,300, leaving fellow Lithuanian NL_Sport heads-up against Finland’s “mylly8.” NL_Sport fell at the final hurdle yet still walked away with the biggest prize of $12,865 compared to the champion’s $12,793.

NL_Sport’s victory came in the $525 buy-in Texas 8-Max High Roller event, which was part of The Festival Online. Some 101 players created a $55,500 prize pool, and NL_Sport made amends for their earlier runner-up finish by bulldozing their way to victory here.

Five of the eight finalists hailed from Lithuania, with the three podium finishers secured by the yellow, green, and red striped flag. “Edgarito12” fell in third for $7,770 before NL_Sport defeated “Destroyer300” heads-up to resign the second-place finisher to a $10,267 consolation prize, while securing the $15,123 top prize for themselves.

Latest Results From The Festival Online