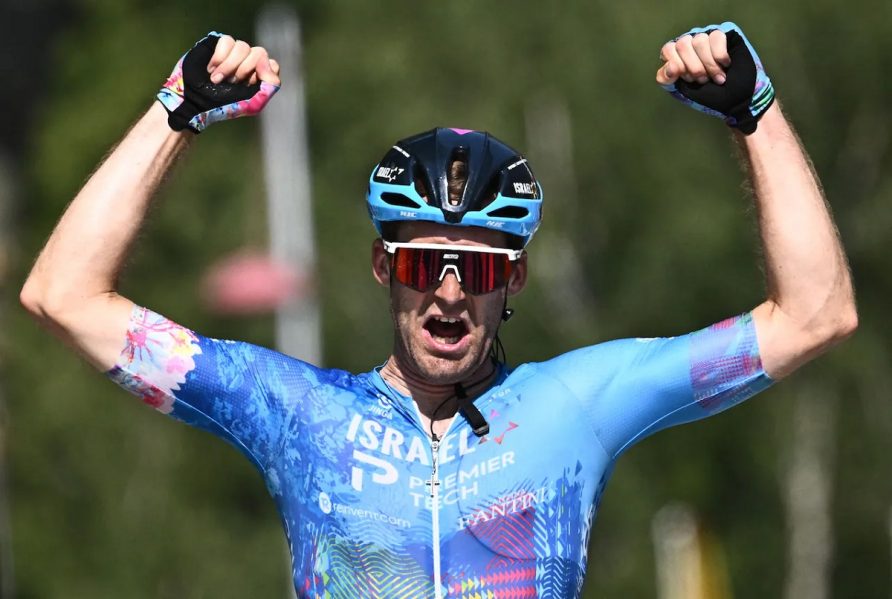 Hugo Houle from Israel-Premier Tech held off a chase pack on the grueling ascent of Mur de Peguere, and on the ensuing windy descent to win Stage 16 of the 2022 Tour de France. Houle became the first rider from Canada to take the top step on the podium since Steve Bauer won a stage 34 years ago during the 1988 Tour de France. 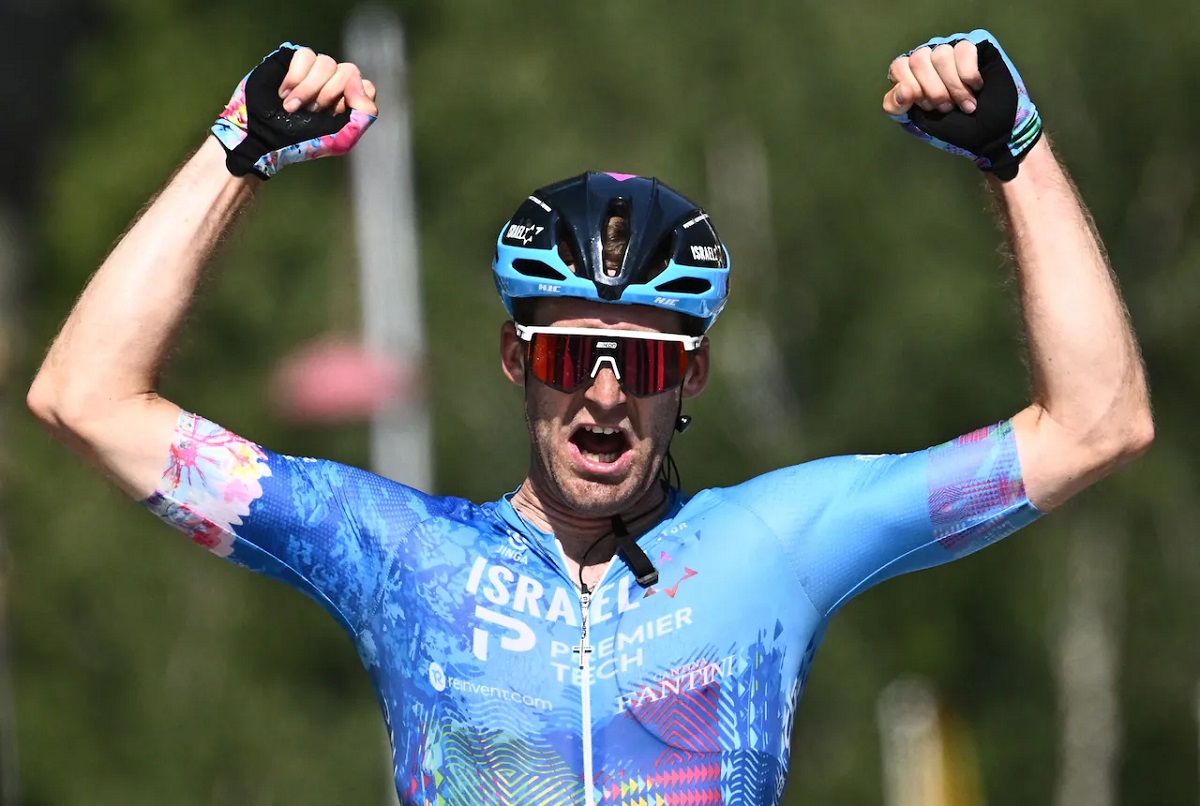 Hugo Houle (Israel-Premier Tech) celebrates his victory in Stage 16 of the Tour de France at the finish line in Foix. (Image: Reuters)

Stage 16 from Carcassonne to Foix – considered “hilly” as a prelude to the Pyrenees – is a technical 178.5 km route with a pair of Category 1 climbs with the Port de Lers and Mur de Peguere.

Houle attacked with 27 km to go and held off the chase pack to finish 70 seconds ahead of teammate Michael Woods and Valentin Madouas (Groupama-FDJ) to secure his first-ever stage victory in any major event on the Grand Tour. American Matteo Jorgenson (Movistar) was a part of the chase group, but the American crashed on the descent, yet still finished in fourth place.

The victory marked a second stage win for Israel-Premier Tech including Simon Clarke’s impressive victory when he conquered the cobblestones in Stage 5.

Houle dedicated the Tour de France stage win to his brother Perrick, who died in a tragic accident ten years ago in Canada.

The heat wave in Europe continues and Pogacar struggles in high temperatures, but he’s running out of stages to regain the yellow jersey. Pogacar did not make a move in Stage 16 despite a rest day on Monday. Either he didn’t have legs, or he’s waiting until Peyragudes to make a move on Vingegaard.

Stage 17 is only 129.7 km, but it features four categorized climbs including a trio of awful Category 1 ascents at Col d’Aspin, Col de Val Louron-Azet, and the infamous Peyragudes which has an average gradient of 7.8 km. With two ascents in the final 20 km, expect fireworks on Stage 17. Should be a fun game of cat and mouse in the Pyrenees on Wednesday.

In the overall general classification standings, there was no change among the top three contenders. Jonas Vingegaard (Jumbo-Visma), Tadej Pogacar (UAE Team Emirates), and Geraint Thomas (Ineos) finished clustered together in a group 5:54 behind Houle, but they still remain 1-2-3 in the GC standings. Once again, Vingegaard successfully defended the yellow jersey. And, yet once again, Pogacar failed to trim any time off Vingegaard’s 2:22 lead.

Romain Bardet (DSM) and Adam Yates (Ineos) fell out of the top five. Yates slipped to sixth place, and Bardet slipped to ninth. Nario Quintana (Arkea-Samsic) moved into fourth place and he’s 4:15 back, and David Gaudu (Groupama-FDJ) is only 4:24 back in fifth place.

Check out more of OG’s coverage of the 2022 Tour de France.