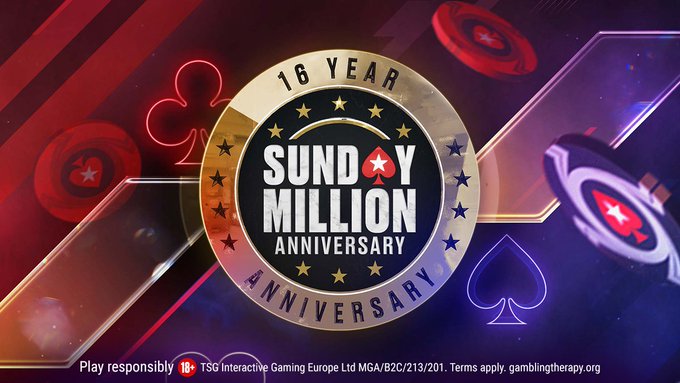 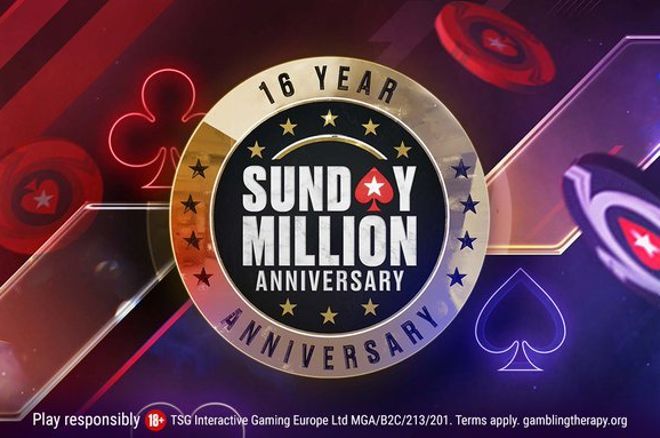 The Sunday Million 16th Anniversary edition takes place at 5:05 p.m. GMT on March 20, meaning time is rapidly running out if you want to win you way into the $215 buy-in $10 million guaranteed event.

PokerStars wants as many of its players to have the opportunity to play for a share of a guaranteed $10 million that it has launched the Fast Track qualification route.

Round 1 of Fast Track sees you sit down in a $0.50 buy-in Sunday Million edition of the site’s popular Spin & Go jackpot sit & go tournaments. These award, among other prizes, $1.50 tickets to Round 2 of the Fast Track qualification process. The $1.50 buy-in satellites payout entries to the $5 buy-in Round 3, with those dishing out $20 Round 4 tickets. Those Round 4 satellites have up to 30x $215 Sunday Million 16th Anniversary seats guaranteed.

There are, of course, other routes you can take if you want to play in the $10 million guaranteed Sunday Million for a fraction of its $215 buy-in. Freeroll tournaments run several times per day, making it possible to start your route to the final with no financial outlay.

Sit & Go specialists have satellites of their own. Four-handed $1.50 and $55 buy-in sit & go satellites run throughout the day.

What to Expect From The $10M Sunday Million

The anniversary editions of the Sunday Million are always special and players flock to them in droves, hoping to reach the final table where massive prizes await.

Luke “Bdbeatslayer” Vrabel won the first of these special events, taking down the 5th anniversary edition for an impressive $671,094 score.

The PokerStars EPT Returns to Monte Carlo This April