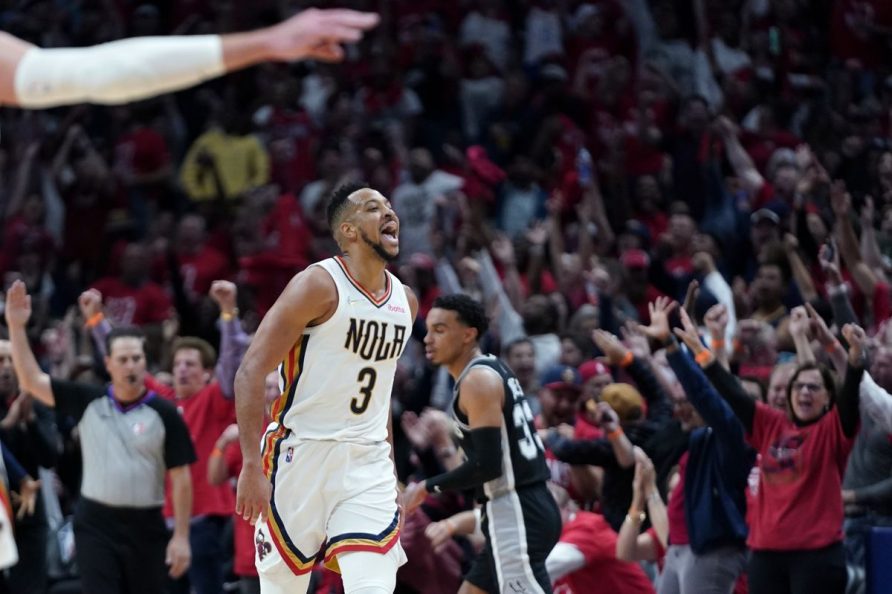 The ninth place vs tenth place games took place last night in the other side of the Play-In Tournament bracket and two teams were knocked out. The Atlanta Hawks defeated the Charlotte Hornets in the Eastern Conference, and the New Orleans Pelicans beat the San Antonio Spurs in the Western Conference. 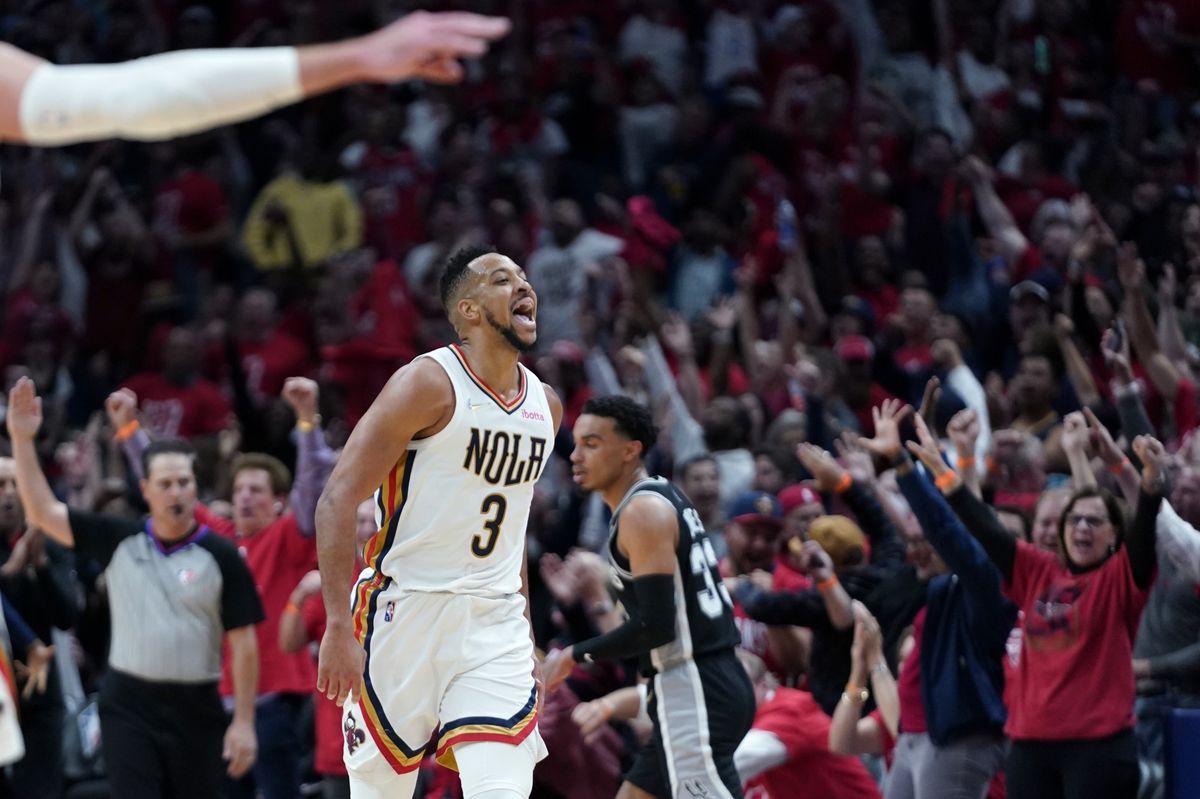 A fired-up CJ McCollum from the New Orleans Pelicans acknowledges the feisty crowd at Smoothie King Center after he knocked down a 3-pointer against the San Antonio Spurs. (Image: Getty)

The Hawks will play the Cleveland Cavs on Friday. The winner lockers up the #8 seed in the Eastern Conference, and the loser bubbles the playoffs.

On Friday night, the Pelicans head to Los Angeles to play the Clippers for the #8 seed in the Western Conference.

In the I-85 battle, the Charlotte Hornets looked sluggish out of the gate in the Play-In Tournament against the Atlanta Hawks, and never recovered. The Hornets cut their early deficit to eight points at halftime, but then got blown out in the second half and outgunned by 18 points in the third quarter. The Hawks never looked back and won by 29 points.

Lonzo Ball scored 26 points and dished eight assists in the loss for the Hornets. With the Hornets behind by 20-plus points in the second half, Ball shot a slew of 3-pointers in desperation. He finished the night 4-for-14 from 3-point range. Overall, the Hornets shot 31.7% from beyond the arc, compared to 50% from the Hawks.

All five starters for the Hawks tallied double digits and at least 13 points. Trae Young led the Hawks with 24 points, even though he struggled in the first half to find his shot with a 1-for-9 clip in the first quarter. De’Andre Hunter added 22 points and helped the Hawks pull away from the Hornets at the start of the third quarter.

“We’re definitely confident right now,” said Hunter. “But we’ve got a lot more work to do. We’re not satisfied yet.”

The Hawks fly up to Cleveland to play the Cavs for the final playoff spot in the Eastern Conference. The Cavs, who finished in eight place in the conference, lost to the Brooklyn Nets on Tuesday night. The Nets secured the #7 seed, but the Cavs and Hawks are now fighting for the #8 seed.

CJ McCollum did not waste any time heating up for the New Orleans Pelican in the Play-In Tournament against the San Antonio Spurs. McCollum set the tone early and scored 27 of his game-high 32 points in the first half.

“CJ was great,” said Pelicans head coach Willie Green. “He set the tone early. He understood the moment, and it sort of calmed the rest of the guys down. We just got the ball to him and he made play after play, score after score, and then the rest of the guys that just started to feed off CJ.”

The Spurs could not match the same intensity of the Pelicans, thanks to a frenzied home crowd.

“This is the start of something special, for sure,” McCollum said. “You see the energy. Feel the energy. We’re playing the game the right way. It’s going to be a lot of winning in our future.”

Devin Vassell led the Spur with 23 points in a losing effort. The Pelicans kept Dejounte Murray in check and held him to 16 points on 5-for-19 shooting, including 1-for-5 from 3-point range.

Meanwhile, the Pelicans need to win one more game to lock up the #8 seed in the Western Conference. The Pelicans and Clippers square off Friday night in Hollywood. The loser goes home an doubles the playoffs, but the winner snags the final spot and the #8 seed.