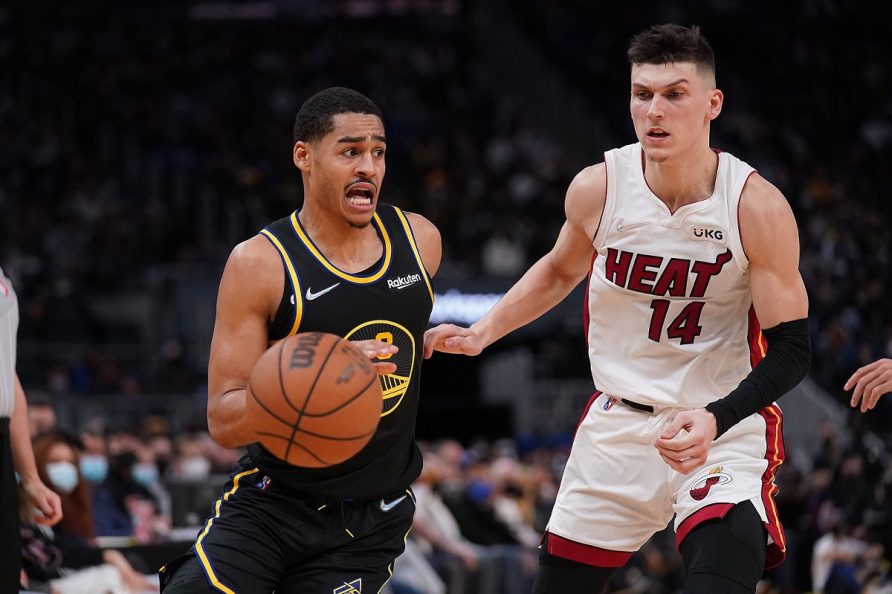 Tyler Herro from the Miami Heat is the reigning Sixth Man of the Year award winner, but he’s the betting favorite at +450 odds to win again in 2023. Jordan Poole from the Golden State Warriors is a close second on DraftKings’ board at +600 odds to win the prestigious honor, followed by 2021 NBA Sixth Man of the Year Jordan Clarkson (+1200) from the Utah Jazz, and Malcolm Brogdon (+1800) from the Boston Celtics. 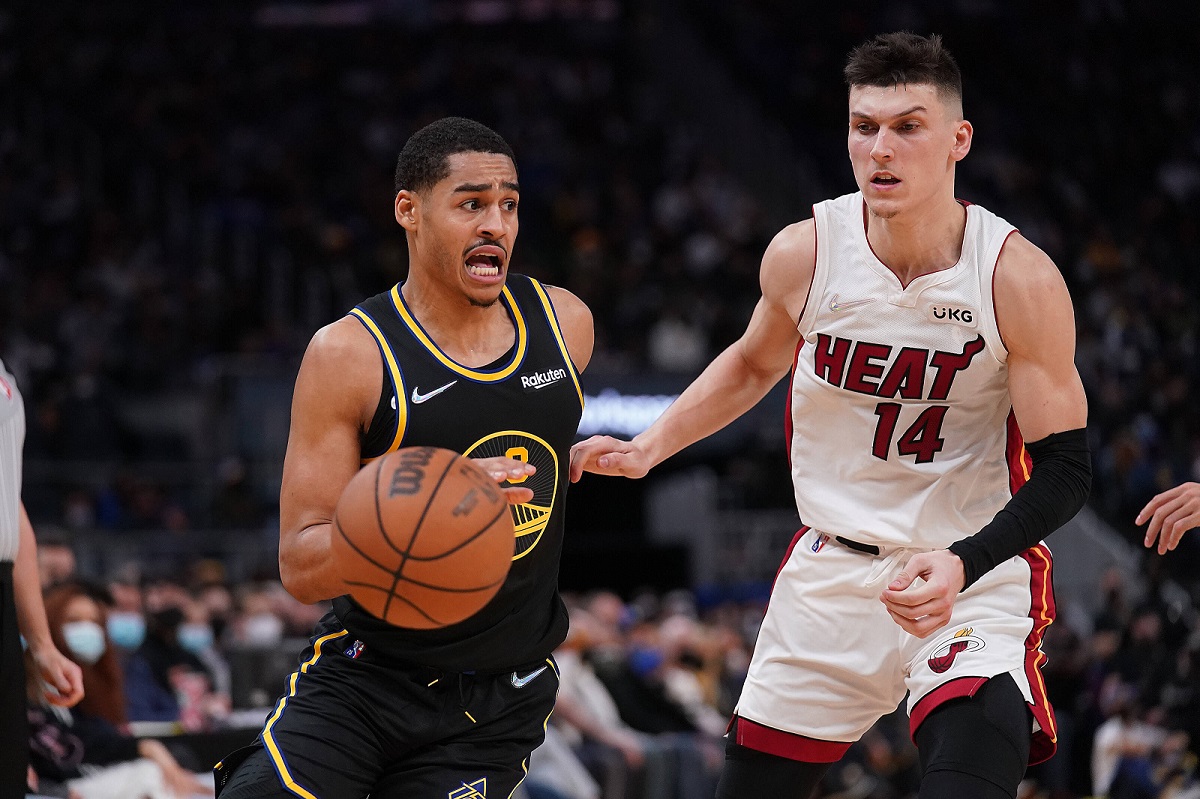 Tyler Herro (14) from the Miami Heat defends Jordan Poole of the Golden State Warriors, and the two are 2023 NBA Sixth Man of the Year contenders. (Image: Getty)

During this offseason, Herro and Clarkson are the subject of trade rumors. If that’s the case, they could end up starting for their new teams. Remain cautious if you want to back them, and perhaps wait until closer to the start of the season before you fire away on bets on Herro or Clarkson to win Sixth Man of the Year.

Immanuel Quickley and Obi Toppin from the Knicks are also mentioned in trade rumors. They want to acquire Donovan Mitchell in a trade with the Utah Jazz and both Toppin and Quickley were mentioned as part of the trade package.

Herro averaged 20.7 ppg, 5.1 rebounds, and 4.0 assists off the bench as instant offense for the Heat last season. He suffered a hamstring injury in the postseason, which is one of the reasons the Heat fell short of returning to the NBA Finals. Even though Herro has been mentioned in trade rumors, he’s still worthy of a flier at +450 odds.

Poole emerged as the third brother of the so-called Splash Brothers with the Golden State Warriors. Much like Steph Curry and Klay Thompson, Poole has a deadly 3-point shot and he’s not shy at hoisting up treys. Poole is a solid choice at +600 odds especially because his position with the Warriors is stable.

The Boston Celtics acquired Brogdon in a trade with the Indiana Pacers specifically to bolster their bench. Ime Udoka will utilize Brogdon as the Sixth Man and spot starter when Marcus Smart goes down, which is why he’s worth of a flier at +1800 odds to win the 2023 NBA Sixth Man.

Kevin Love emerged as the Sixth Man for the Cleveland Cavs last year during an upstart season despite a banged-up backcourt. Love provides steady offense and leadership off the bench, and he’s a strong value pick at +2000 odds to win his first-ever Sixth Man of the Year so long as he remains healthy.

With Jamal Murray missing time last season with an ACL injury, rookie Bones Hyland provided the Denver Nuggets with a great shot in the arm. Murray returns to action this season, and the Nuggets added Kentavious Caldwell-Pope to the starting five, but Bones will be the anchor of the second unit for the Nugs. He’s our outside pick to win Sixth Man of the Year at +2000 odds.

Cam Johnson was the Sixth Man on the best team in the league last season. The Phoenix Suns loved Johnson’s ability to provide a quick offensive boost off the bench. So long as the Suns do not make a trade for Kevin Durant, Johnson will resume his role of Sixth Man and he’s also worthy of a flier at +3000 odds.

The LA Clippers acquired Norman Powell in a trade with the Portland Trail Blazers to help out as a third offensive option behind Kawhi Leonard and Paul George. Powell is +3500 odds to win the Sixth Man of the Year for the Clippers, who had a lock on this award in the late 2010s with Lou Williams and Montrezl Harrell.

Check out more odds for the major NBA awards like MVP, Coach of the Year, Most Improved Player, and Defensive Player of the Year.