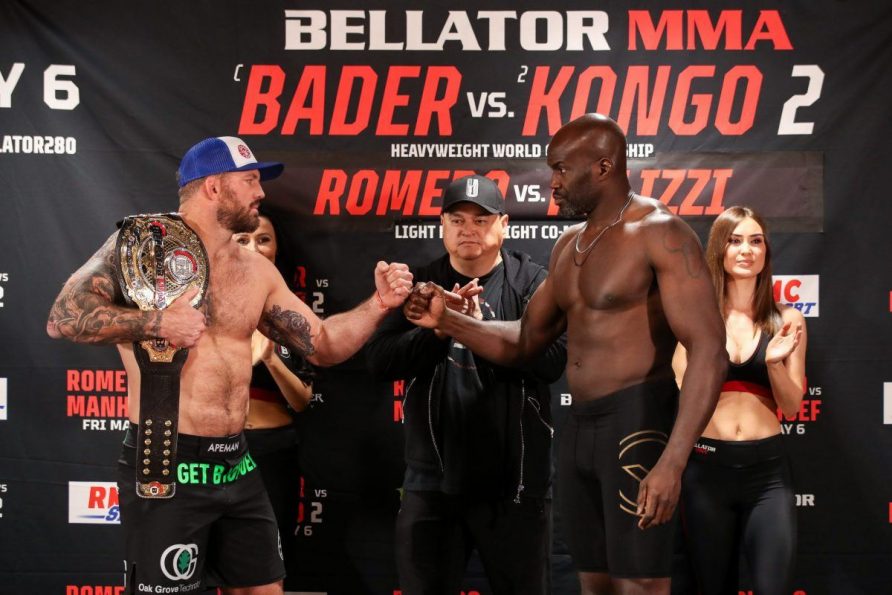 The 46-year-old Cheick Kongo will attempt to become the oldest first-time champion in Bellator history when he takes on Ryan Bader for the heavyweight title at Bellator 280 on Friday in Paris. 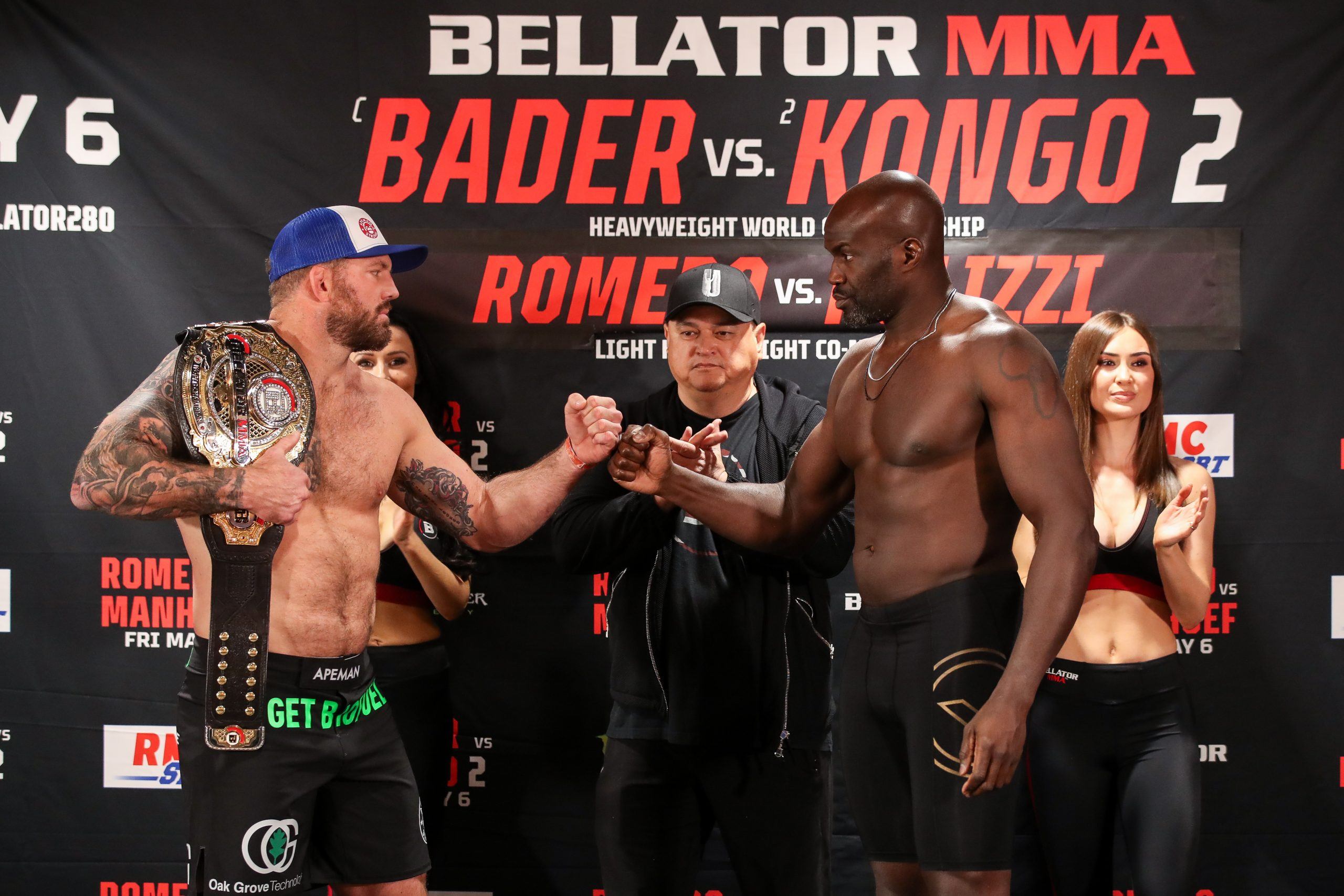 Ryan Bader (left) will defend his heavyweight title in a rematch vs. Cheick Kongo at Bellator 280. (Image: Lucas Noonan/Bellator MMA)

Bader enters as a significant -525 favorite over Kongo (+385) according to DraftKings Sportsbook.

While Kongo may be attempting to set new marks, Bader (29-7) isn’t a spring chicken himself. He’s now 38 years old. But the champion just signed a new four-fight contract with Bellator, and says he’ll focus on the heavyweight division in his later years.

He may not be close to done, but Bader says he won’t have the kind of longevity Kongo is displaying.

“I don’t think I’m going to be at 46 years old fighting,” Bader told reporters. “I have other stuff I want to do, but when we talked about this contract, I don’t see myself going down to light heavyweight anymore. That was one thing. I don’t know if I want to put myself through that, that weight cut, and I just didn’t feel great.”

Kongo (31-11-2) first fought Bader back in 2019. That fight ended in a no contest after Bader accidentally poked Kongo in the eye in Round 1. Kongo was unable to continue, ending the fight without a result.

At the time, Bader made comments suggesting that he never actually poked Kongo in the eye, provoking his opponent. But with three years in between the bouts, Kongo now says those comments are in the distant past.

“I didn’t have anything against him, but I was quite frustrated to not be able to explain and be here,” Kongo told reporters. “I still have a bitter taste, but I’m good. Finally we make it.”

Since that fight, Kongo has dropped a split decision to Timothy Johnson, but bounced back with a second-round submission victory over Sergei Kharitonov at Bellator 265 last August. Bader has more active in that time, fighting four times. That includes two losses at light heavyweight, which may be contributing to his decision to move permanently to the heavyweight ranks.

At this point in his career, Kongo presents a threat mostly due to his size and power. He can end a fight with one punch, and can use his weight to fend off takedowns, at least to a certain extent.

Still, Bader clearly possesses more skill and more athleticism. Not only does he present a threat on his feet thanks to his boxing skills, but he has the ability to take down any opponent at heavyweight. He even managed to take down Kongo in their first fight, something he’ll look to do again in the rematch.

Oddsmakers expect Bader to find a way to finish Kongo, likely somewhere on the ground. DraftKings is offering -110 odds on Bader to win by KO or TKO, compared to +225 for him to win a decision. Given Kongo’s power, he’s also most likely to win by knockout (+500), though any win would be a major upset for the aging Frenchman.