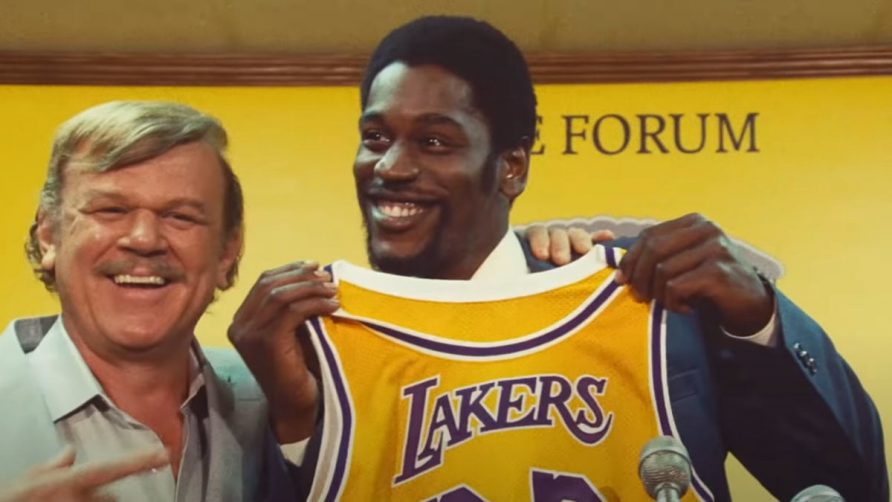 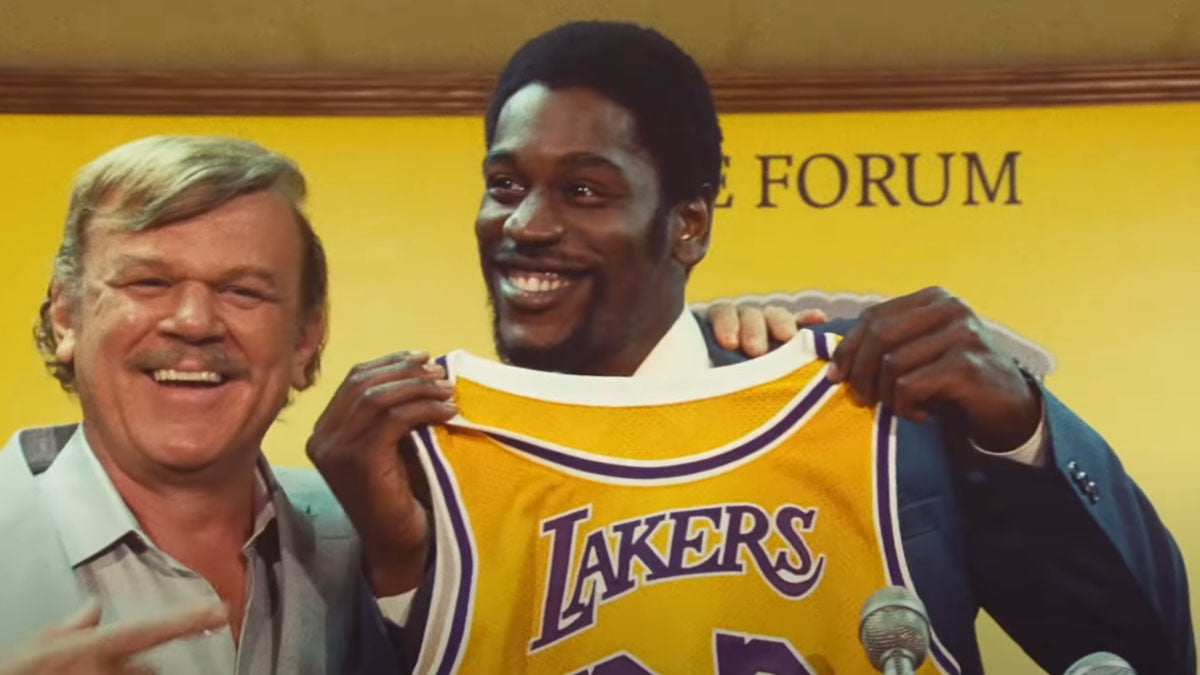 Dr. Jerry Buss (John C. Reilly) and Magic Johnson (Quincy Isaiah) in the debut episode of the new series “Winning Time” about the rise of the LA Lakers on HBO. (Image: HBO)

“Winning Time” is an hour-long series with ten episodes that’s based on a book by Jeff Pearlman about the 80s Lakers from the time Dr. Jerry Buss purchased the team in 1979 from Jack Kent Cooke through the heartbreaking announcement when Magic prematurely retired after he tested positive for HIV in 1991.

McKay is most famous as a Hollywood director (“The Big Short”, “The Anchorman”, and “Vice”) and the mastermind of the current HBO hit series “Succession.” McKay recently directed “Don’t Look Up” and earned an nomination for Best Picture at the 2022 Oscars.

McKay is the showrunner and he directed the pilot episode for “Winning Time”, which aired on Sunday evening on HOB, and it’s currently available to stream on demand at HBOMax.

When HBO released the trailer for “Winning Time” in December, the new series about the Lakers gave off “Boogie Nights” meets “Friday Night Lights” vibes. The NBA does not want anything to do with this series, due to the sensitive subject matter of the fragility of the league at that time. The suits running the NBA will not endorse anything that makes them look bad.

The first episode of “Winning Time” begins with real estate mogul Dr. Buss (John C. Reilly) negotiating the purchase of the Lakers from Cooke. Buss paid for half of the $67.5 million deal in cash and the other half in real estate, which included the Chrysler Building in New York City.

We meet Magic Johnson (Quincy Isaiah), who was fresh off a victory for Michigan State in the 1979 March Madness tournament (against Indiana State’s Larry Bird). Magic — the son of a Lansing, Michigan garbageman — leaves school early to fulfill his lifelong dream to play in the NBA.

In this episode, the audience also catches a glimpse of the mercurial Kareem Abdul-Jabbar (Solomon Hughes), on the set of “Airplane”, and his interaction with teammate Norm Nixon. Nixon, the Lakers starting point guard, would presumably lose his starting job to the incoming rookie.

Isiah was cast in his first major role. The former college football player is originally from Michigan, just like Magic. Hughes played his collegiate ball at Cal and performed with the Harlem Globetrotters for several seasons, so he had the skills to play Hollywood’s version of Abdul-Jabbar and the NBA’s all-time scorer. Meanwhile, DeVaughn Nixon plays his father, Norm, in an unique but obvious casting choice.

We have yet to meet any of the other Lakers, or even Pat Riley (Adrien Brody), but they will play bigger roles in future episodes.

Both the real-life Magic and Abdul-Jabbar were skeptical about the Hollywood version of their lives and have not endorsed the series whatsoever. Apple+ will debut a four-part documentary series about Magic next month.