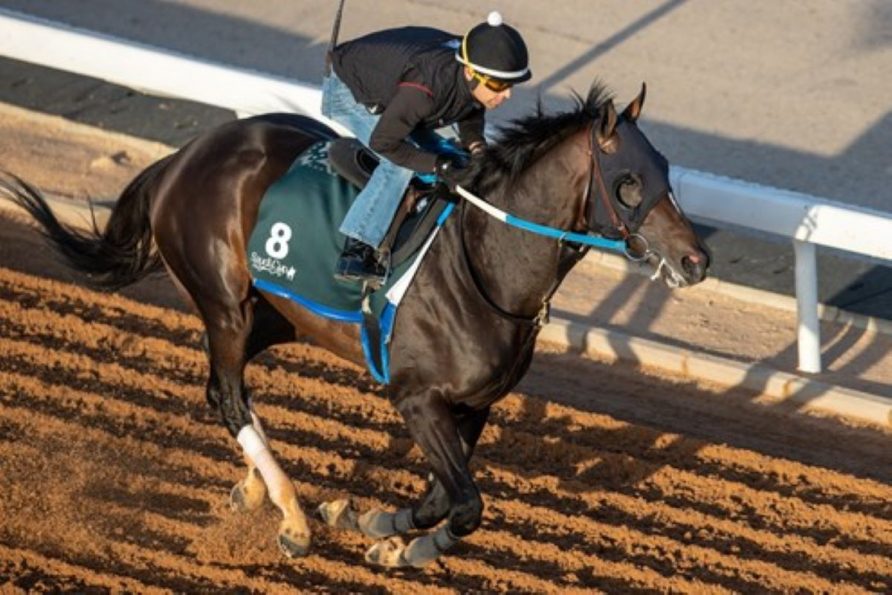 Midnight Bourbon, a presence in some of the biggest races of the last 17 months, died suddenly in his Churchill Downs stall of what Hall of Fame trainer Steve Asmussen called “an acute gastrointestinal situation.” The Tiznow colt was 4. 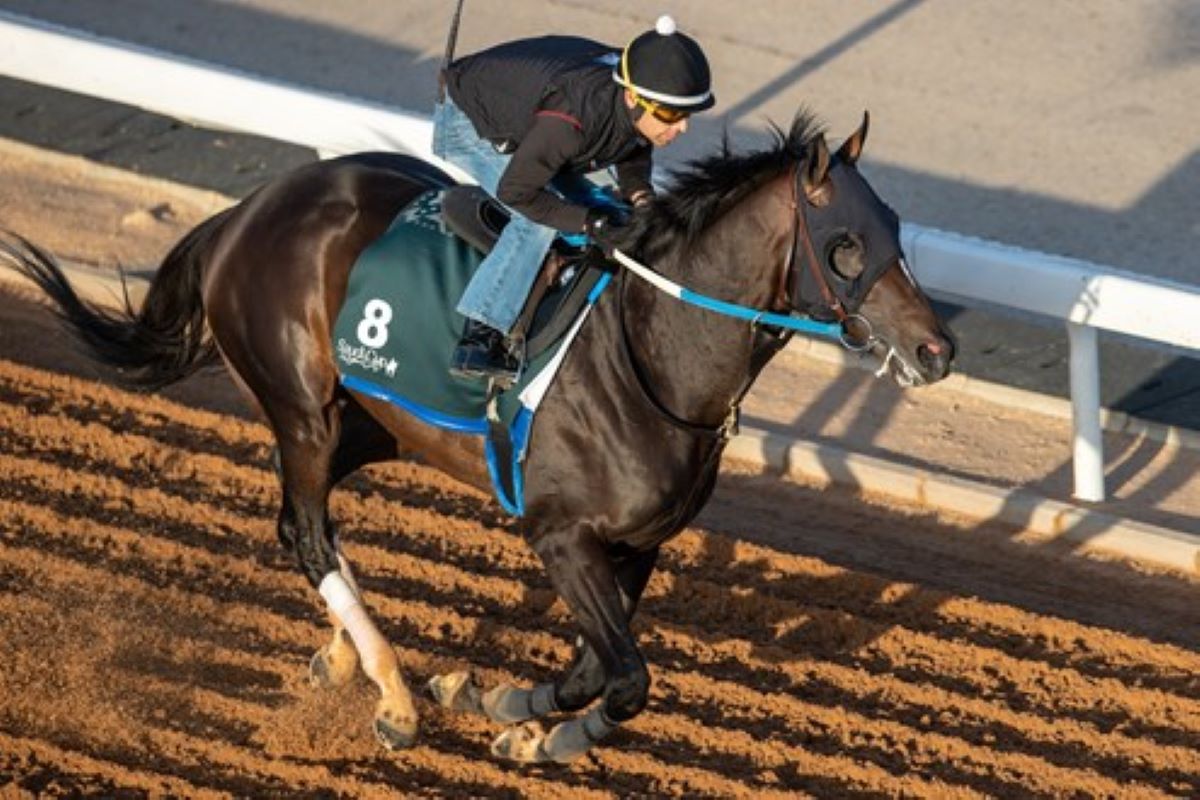 Midnight Bourbon, warming up for the Saudi Cup in February, finished a game third in that $20 million race: the 13th and final time in 16 races he finished in the money. The 4-year-old Tiznow colt died suddenly in his Churchill Downs stall Sunday. (Image: Jockey Club of Saudi Arabia/Mahmoud Khamed)

The Daily Racing Form reported that Midnight Bourbon breezed five furlongs at Churchill Downs Sunday morning. Not long after completing that breeze in 1:01.20, the colt became ill. He died in his stall later that morning.

The Kentucky Horse Racing Commission and the Kentucky Veterinary Diagnostic Laboratory are both investigating, according to the DRF. This is standard procedure under state regulations, which stipulate all horses that die at a licensed racing or training facility undergo a necropsy.

“It’s a devastating situation to the whole barn and everyone who was involved with him,” Asmussen told the DRF. “He’s an irreplaceable horse in more ways than one. It’s beyond sad.”

Midnight Bourbon dodged no one

Winchell Thoroughbreds purchased Midnight Bourbon for $525,000 at the 2019 Keeneland September Yearling Sale. He managed just two victories in 16 career starts — with the 2021 Grade 3 Lecomte Stakes at Fair Grounds being his lone stakes win.

He finished fifth in the Kentucky Derby, one of only three times he failed to hit the board in those 16 starts (2-6-5). Midnight Bourbon wrapped up his 3-year-old campaign with a third in the Grade 1 Clark Stakes at Churchill Downs.

He opened his 4-year-old season with his last runner-up finish: a second to perennial rival Mandaloun in the Louisiana Stakes. From there, Asmussen sent Midnight Bourbon to the Middle East. There, he finished third in the Saudi Cup to Emblem Road and Country Grammer.

His $3,557,970 in career earnings illustrated Midnight Bourbon had enough class to make his presence felt in every race. Despite his lackluster win total, horseplayers felt confident enough he’d find his way into the mix. Confident enough to throw money at him. In only two of his seven US Grade 1 starts did Midnight Bourbon go off at higher than 5.80/1: the Champagne (7.10/1) and the Kentucky Derby (13.20/1).

Dating to his third in the 2020 Champagne Stakes as a 2-year-old, Midnight Bourbon ran in nine Grade 1s. He hit the board in six.