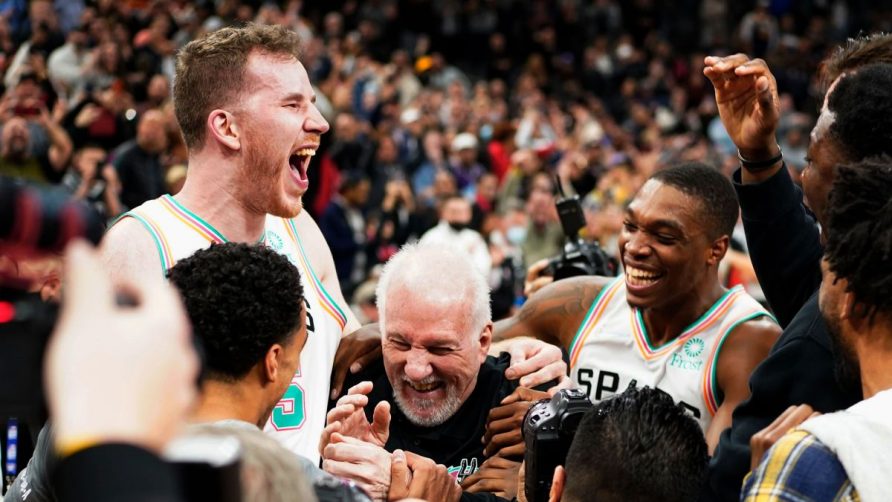 Gregg Popovich from the San Antonio Spurs passed Don Nelson and broke the NBA win record, and Pops now holds the record for most victories by a head coach in NBA history with 1,336 wins. 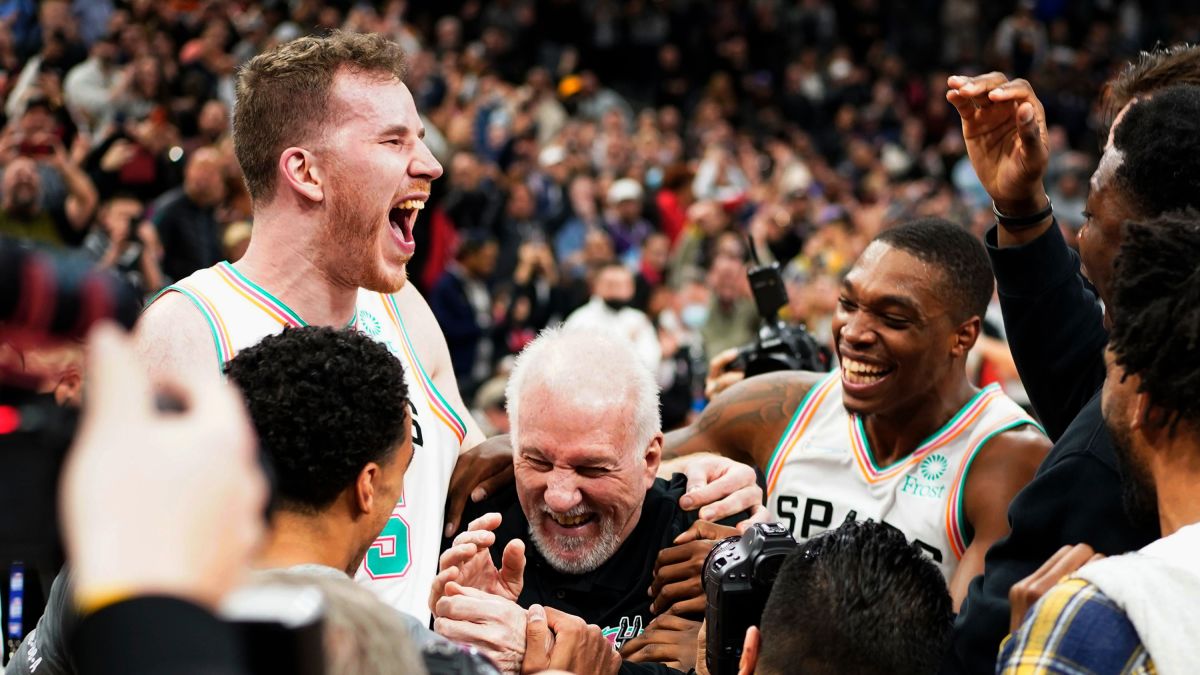 Members of the San Antonio Spurs mob head coach Gregg ‘Pops’ Popovich after he set the new NBA record for most wins as a head coach. (Image: Getty)

The San Antonio Spurs had a tough opponent when the Utah Jazz came to town, but the Spurs rallied in the fourth quarter to win 104-102 and help push Pops over the hump with his 1,336th win.

Popovich, 73, won every single game as the head coach of the Spurs, which is a testament to itself. In 26 seasons as their head coach, Popovich won the NBA championship five times with the Spurs between 1999 and 2014.

The last few years have not been kind to the Spurs and they’re no longer the top team in the Southwest Division, or one of the elite teams in the Western Conference. However, the Spurs (26-41) are on the playoff bubble and fighting for a playoff berth as one of the play-in tournament teams. After the record-setting victory, the Spurs occupy the #11 spot and trail the #10 New Orleans Pelicans by just one game.

“It’s just a testament to a whole lot of people,” said Popovich. “Something like this does not belong to one individual. Basketball’s a team sport. You preach to your players that they have to do it together and that’s certainly been the case in my life with all the wonderful players and coaches, the staff that I’ve been blessed with, the support of this wonderful city. The fans support us no matter what. All of us share in this record. It’s not mine. It’s ours, here in the city.”

The ever-humble Popovich is never one to relish the spotlight, but he could not help but savor the moment. Former player David Robinson was in attendance at the game and joined in the post-victory celebration in the locker room.

“Tonight, he had to enjoy it,” said Dejounte Murray from the Spurs. “He had no option.”

“None of us coach for records,” said Popovich. “We do it for wins like tonight.”

“Gregg Popovich’s success with the Spurs is unprecedented in our league, so it’s only fitting that he now holds the record for most career wins,” said NBA Commissioner Adam Silver. “His leadership and unwavering commitment to the game are widely admired by generations of players and coaches alike. Congratulations to Coach Pop on this latest achievement in his legendary career.”

Popovich and Nelson are close friends, but Nelson was rooting for him to break his record.

“I’m so proud of you for doing it,” said Nelson. “I couldn’t wait for this day to happen. And I just want you to know as one of my best friends in life I just wish you the best for your remaining years in the NBA.”

“The ironic thing about this is Nellie gave me a job when I didn’t have one back in ’92,” said Popovich. “He took me on. To be in this position, as the same breath as him, is in my opinion undeserving and quite awkward because he was so wonderful in saving my family’s behind. So, it’s ironic that I’m sitting here in this situation.”

Popovich was originally an assistant coach with the Spurs under head coach Larry Brown. However, in 1992, the entire Brown regime was fired including Brown and Popovich.

Nelson offered Popovich a job as an assistant coach with the Golden State Warriors in 1992. He returned to the Spurs in 1994 to join their front office. Pops took over as head coach in 1996, and the rest as they say, is history.