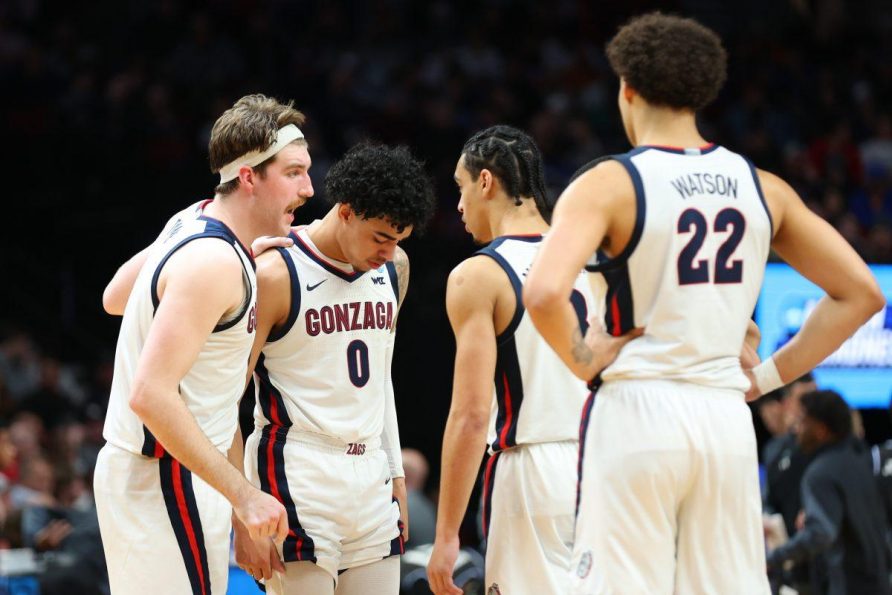 The Gonzaga Bulldogs overcame a sluggish start against Georgia State, then battled for 40 minutes to get past Memphis. But sportsbooks don’t seem to be worried about those early struggles, as Gonzaga still ranks as the favorite to win the NCAA Tournament over the next two weeks of play. 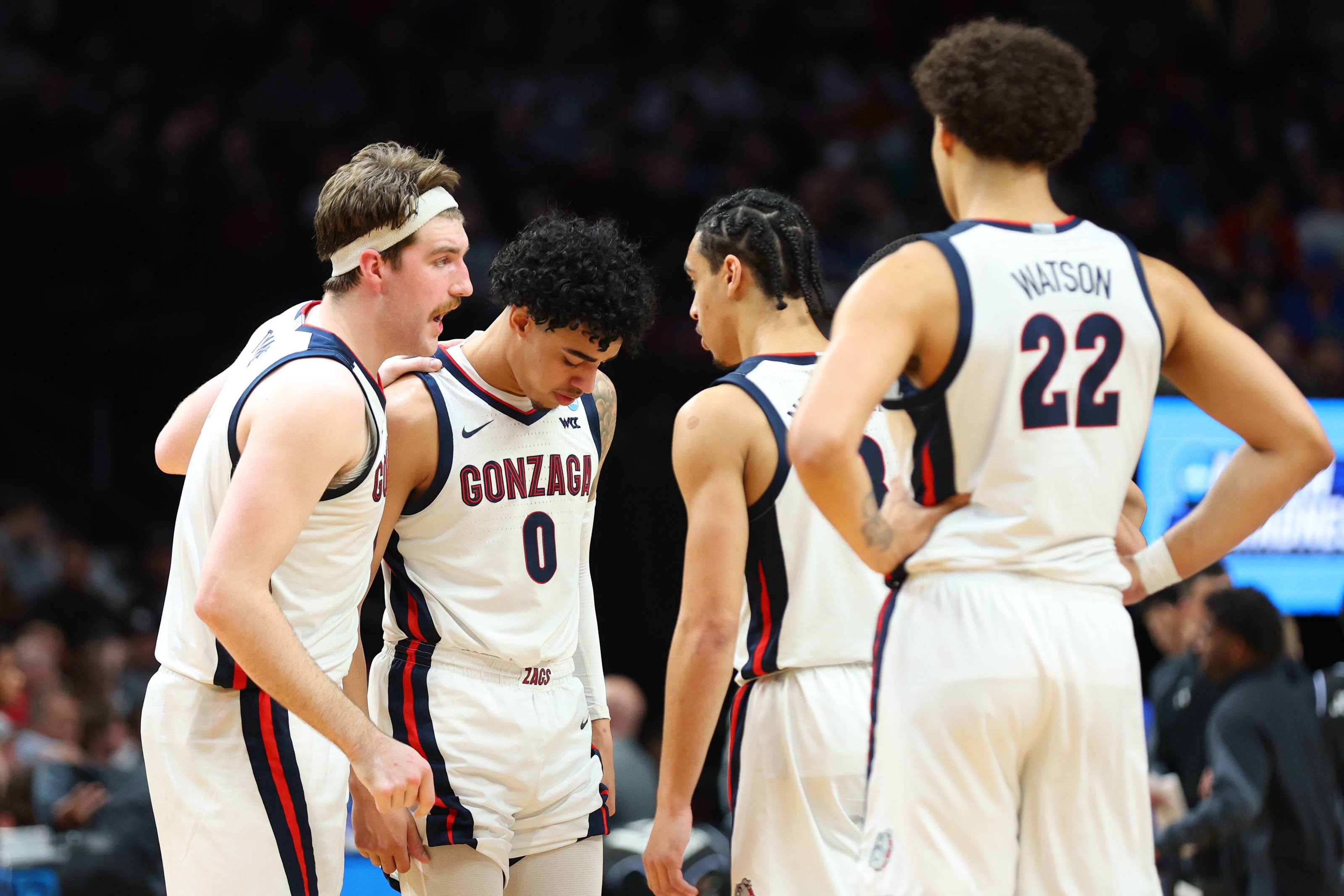 Gonzaga remains the favorite to win the NCAA Tournament heading into the Sweet 16. (Image: Abbie Parr/Getty)

FanDuel Sportsbook lists Gonzaga as the +240 pick to win the March Madness title, ahead of other favorites like Kansas (+500) and Arizona (+650).

Those three teams all came in as No. 1 seeds and survived a hectic first weekend of play. However, the top seed in the East Region wasn’t so lucky. Baylor dominated No. 16 Norfolk State in its opener, but fell 93-86 to the North Carolina Tar Heels in the second round. That means that for the fifth straight NCAA Tournament, the defending champion has lost before reaching the Sweet 16.

The last national champion to advance to the Sweet 16 the following year was Duke in 2015 and 2016. First-weekend exits for every champ since then.

With No. 2 Kentucky also bowing out in the East – Cinderella story Saint Peter’s dispatched the Wildcats in the first round – the region appears to be wide open. No. 3 seed Purdue has taken on the favorite role, with FanDuel giving the Boilermakers -135 odds of reaching the Final Four. If Purdue can get past Saint Peter’s, they’ll play either UCLA (+220 to win the East) or North Carolina (+370 to win the region) in the regional final. Saint Peter’s is a +3000 pick to continue its magical run all the way to the Final Four.

Of the three remaining No. 1 seeds, Arizona appears the most vulnerable. FanDuel gives the Wildcats +150 odds of making it through the South Region and into the Final Four. But Arizona faces a tough Sweet 16 test against Houston (+200). The winner of that game will face either Villanova (+250) or Michigan (+850) for the right to advance to New Orleans.

The West Region is the only one that has played to form thus far. All four of the top seeds have advanced to the Sweet 16, with Gonzaga playing Arkansas, while No. 2 Duke faces No. 3 Texas Tech. Gonzaga comes into the second weekend as the -165 favorite to win the region, but both the Blue Devils and the Red Raiders are +400 to advance to the Final Four, with Arkansas back at +1000.

Finally, Kansas rates as the biggest favorite to advance out of their region. The Jayhawks sit as a -200 pick to win the Midwest. They’ll face No. 4 seed Providence (+650) in the Sweet 16, with the winner advance to take on Miami (+500) or Iowa State (+600) in the Elite Eight.