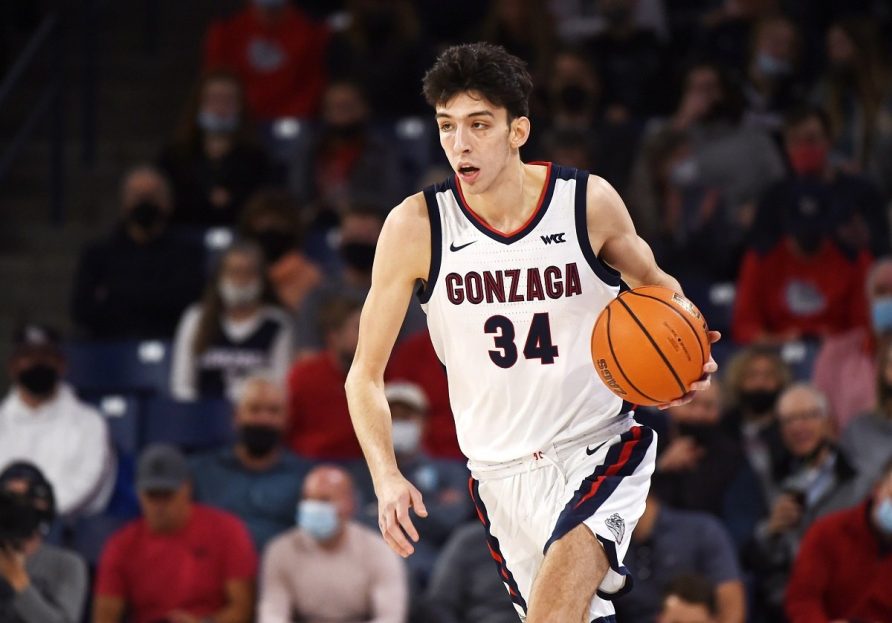 The NCAA released the brackets for the 2022 March Madness men’s college basketball tournament and it’s not a surprise that #1 Gonzaga is the betting favorite to win the national championship at +350 odds. Arizona (+650 odds), Kentucky (+800), and Duke (+1000) round out the top four teams on the March Madness futures board at Draft Kings. 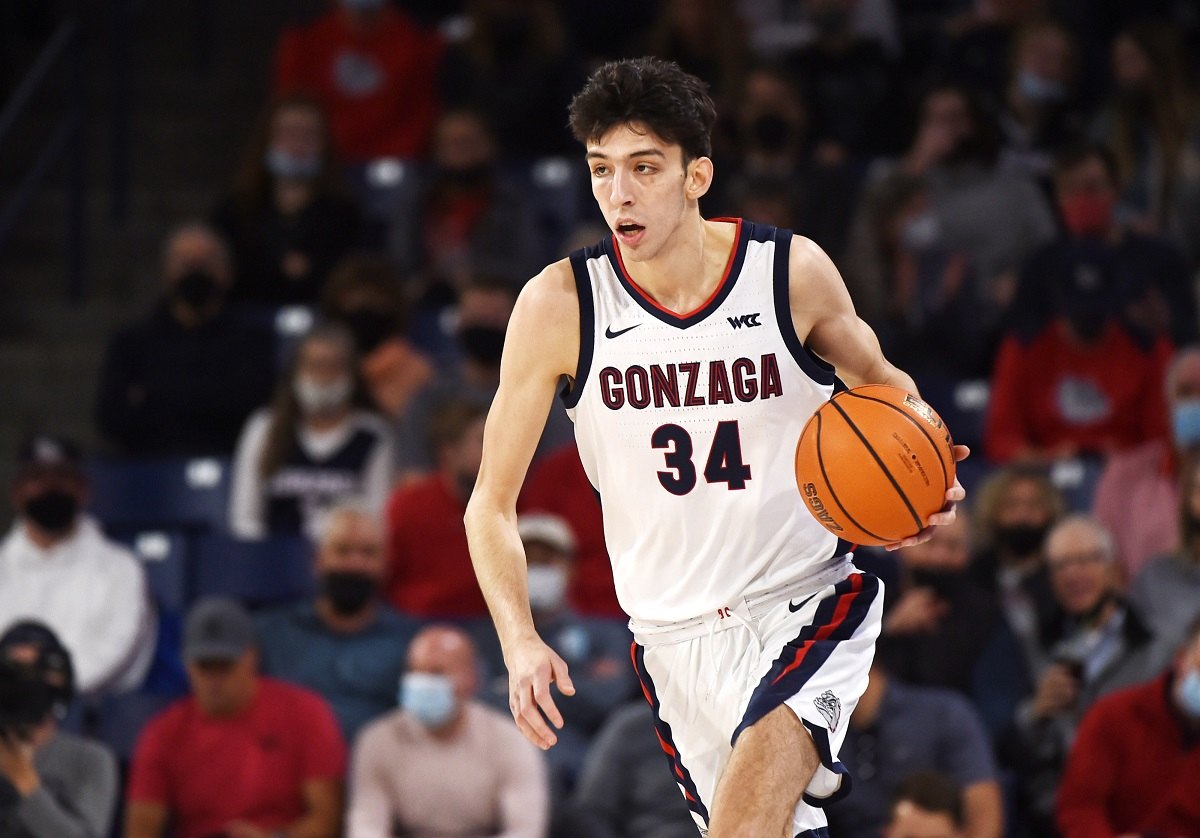 The 2022 March Madness Final Four begins on April 2 at Caesars Superdome in New Orleans. The championship game is slated for April 4.

Gonzaga (26-3), Arizona (31-3), Kansas (28-6), and Baylor (26-6) were all awarded the #1 seed. Kansas is +1100 odds to win the title. Gonzaga lost in the 2021 March Madness national championship game when they were upended by Baylor, so they’re on a mission to finish off their pursuit of a title. The Zags have never won a title, but they’ve been the runner-up twice since 2017. Gonzaga is the consensus favorite at +350 odds to finally win March Madness.

History is against Baylor repeating. It’s nearly impossible to win consecutive March Madness titles in the modern NCAA. Florida, under Billy Donovan in 2007 and 2008, is the only school the last 30 years to win back-to-back titles since Duke’s run in 1991 and 1992. Aside from those two schools, you have to go all the way back to UCLA’s dynasty in the 1960s and early 1970s when John Wooden won seven-straight titles.

Kentucky (26-7) is typically loaded with talented one-and-done future NBA stars, but this year their top player is a junior with Oscar Tshiebwe (17 ppg), who is the nation’s top rebounder averaging 15.1 boards per game. Kentucky is only +800 odds to win their first March Madness championship since 2012.

Duke (28-6) would love to win one more title for Coach K before he retires, but Duke looked bad during the last two Saturdays. North Carolina upset them at Duke in the final home coach of Coach K’s career last week. Duke was also upset in the ACC tournament by Virginia Tech.

Last year, UCLA was a Cinderella story as a bubble team that went from the play-in tournament all the way to the Final 4 as the #11 seed. They made history as the first and only tea, to achieve that feat. This year, UCLA (25-7) were a Top 15 team most of the season and they lost in the Pac-12 championship against #2 Arizona. You can back UCLA at +2800 odds to win 2022 March Madness.

There’s something about Catholic schools that go deep in March Madness. With that said, keep an eye on #17 Saint Mary’s (25-7). They play in the West Coach Conference and always have to play second fiddle to Gonzaga. The Gaels earned a #5 seed, and KenPom has them ranked #16 overall in the country. Saint Mary’s are +10000 odds to go the distance.

Shaka Smart made a name for himself with multiple deep runs by VCU back in the day. He’s now the head coach of Marquette (19-12) where he took his third team to the Big Dance. Sometimes you want to take a flier on a head coach in March Madness. Smart and Marquette are +10000 odds to win the title.

Sister Jean is 103-years young and she’ll be sweating Loyola Chicago (25-7) once again. The Ramblers return to March Madness in back-to-back years after winning the Missouri Valley Conference championship. They’re a long shot at +15000 odds, but when Sister Jean is your good luck charm, it’s hard to fade them.

The San Francisco Dons (24-9) are most famous for being the school where Bill Russell won back-to-back titles in the mid-1950s. The Dons got a #10 seed and listed are longshots this year at +20000 odds.

Davidson (27-6) is on the map because it’s Steph Curry’s alma mater. The Wildcats earned a #10 seed and get the benefit of playing the first two rounds in Greenville, South Carolina. You can back them at +25000 odds.

Burlington, Vermont is most known for being the birthplace of Ben & Jerry’s ice cream. The University of Vermont is located in Burlington and their most famous alumni include members of the psychedelic rock group Phish. Vermont (28-5) is no joke this year, but they drew a #13 seed and have pipe dream odds at +50000 to win March Madness.

Remember the fan brawl last week? Bryant edged out Wagner to win the NEC championship. Bryant (22-9) earned a #16 seed and they’re one of the longest moon shots on the board at +100000 odds to win March Madness.