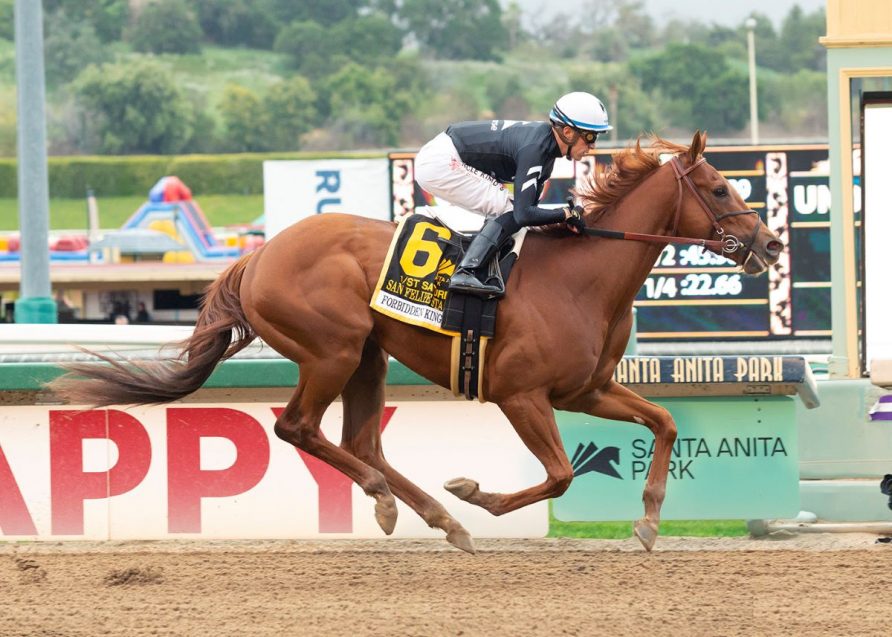 Forbidden Kingdom’s trainer, Richard Mandella, is one of the most underrated conditioners in the country, a Hall of Fame trainer who once won four Breeders’ Cup races in one day. But missing from his considerable resume is a Triple Crown victory – of any type. 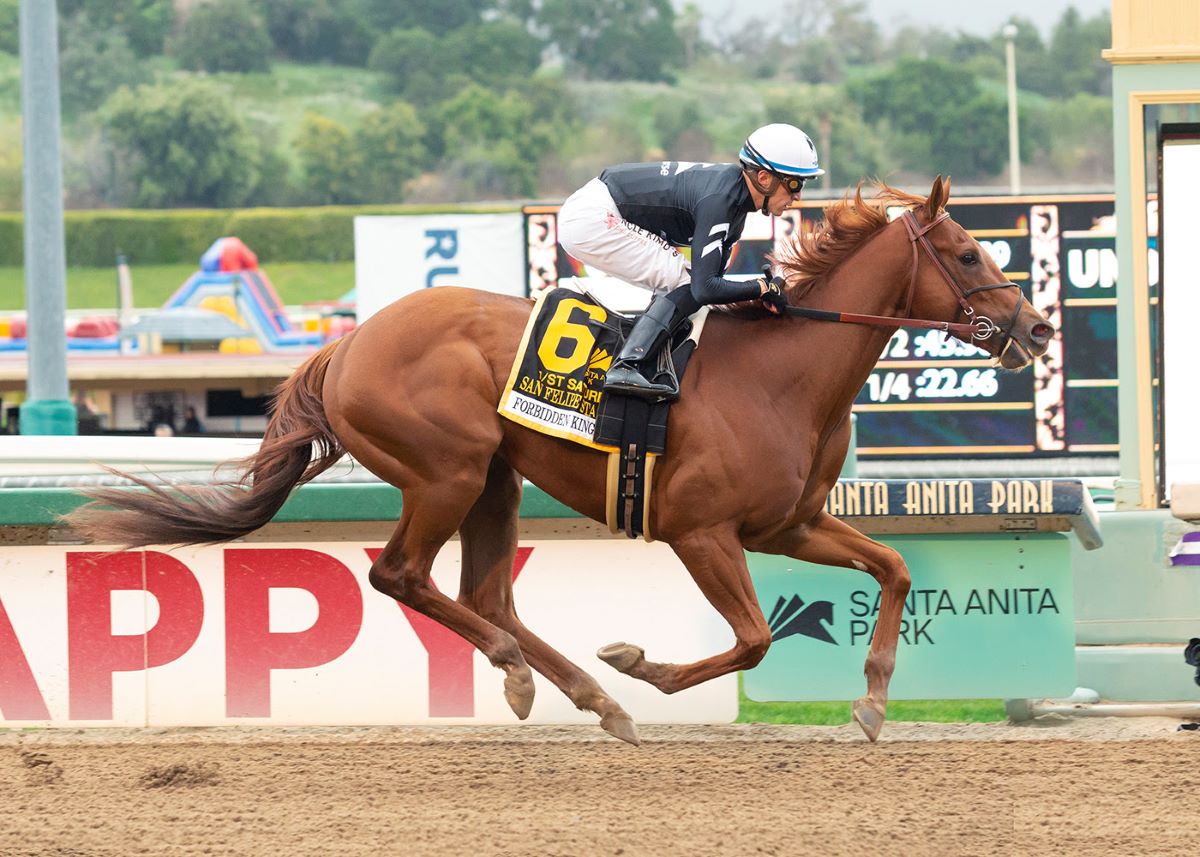 That victory gave Forbidden Kingdom 50 Kentucky Derby points, enough to get him into the 20-horse field. It also makes Forbidden Kingdom the formidable favorite-in-waiting for the April 9 Santa Anita Derby, another race missing from Mandella’s resume. As for the Kentucky Derby, Mandella hasn’t saddled a Derby starter since 2004, when he sent out Action This Day and Minister Eric. Action This Day finished sixth, Minister Eric 18th.

“I’m due,” he told Santa Anita’s Ed Golden, after saying he planned to keep Forbidden Kingdom home for the Grade 1 Santa Anita Derby.

Forbidden Kingdom ran his competition off their hooves the same way he’s done it in two previous victories, including a previous score in the Grade 2 San Vicente. He led at every call, bolting out of the gate and taking command immediately. He and jockey Juan Hernandez built an eight-length lead on the backside, with the colt basically pulling Hernandez along for the ride.

“He’s really fast,” Hernandez said. “A couple of jumps after we broke, he was in front already. I let him run, because if you fight with him, he tries to go faster. I let him have fun. I turned him loose and he never stopped. He kept going the whole race. He proved how good he is today.”

Forbidden Kingdom’s 22.92-second opening quarter was actually his slowest in five career races. It was the only time he didn’t run a sub-22-second quarter. And as he progresses in distance, moving from the 1 1/16-mile San Felipe to the 1 1/8-mile Santa Anita Derby and eventually the 1 ¼-mile Kentucky Derby, Forbidden Kingdom may have to develop another dimension to his style. Then again, see Knicks Go and Life Is Good for examples of how that single-gear style can work very well.

A grown up colt

“I was surprised by how easy he won,” Mandella said after the race. “I didn’t think he’d overpower them like that. I think he’s getting better. He’s improving. … I was anxious to see this race and see if he would get two turns. He looked even better. I was a little nervous when I saw the 45 (45.90) on the board for the first half. He just did what he likes to do. … This guy is turning the corner and he’s grown up.”