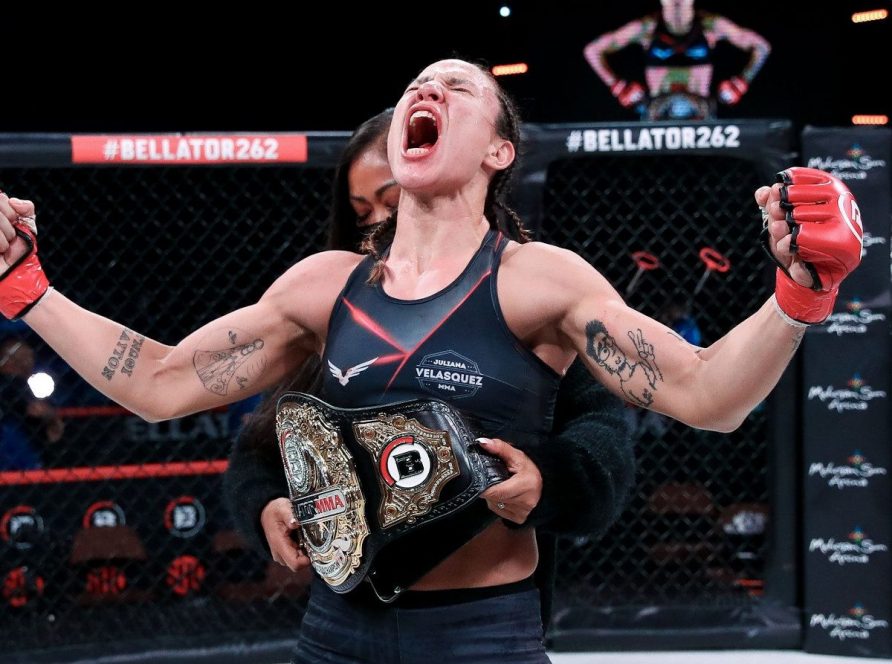 Liz Carmouche twice had chances to win a championship in the UFC, coming up short in both attempts. She also lost in her one shot at becoming a Strikeforce titleholder earlier in her career.  She now comes in as a live underdog in her fourth attempt, this time facing off with Juliana Velasquez for the Bellator Women’s Flyweight Championship at Bellator 278 on Friday night. 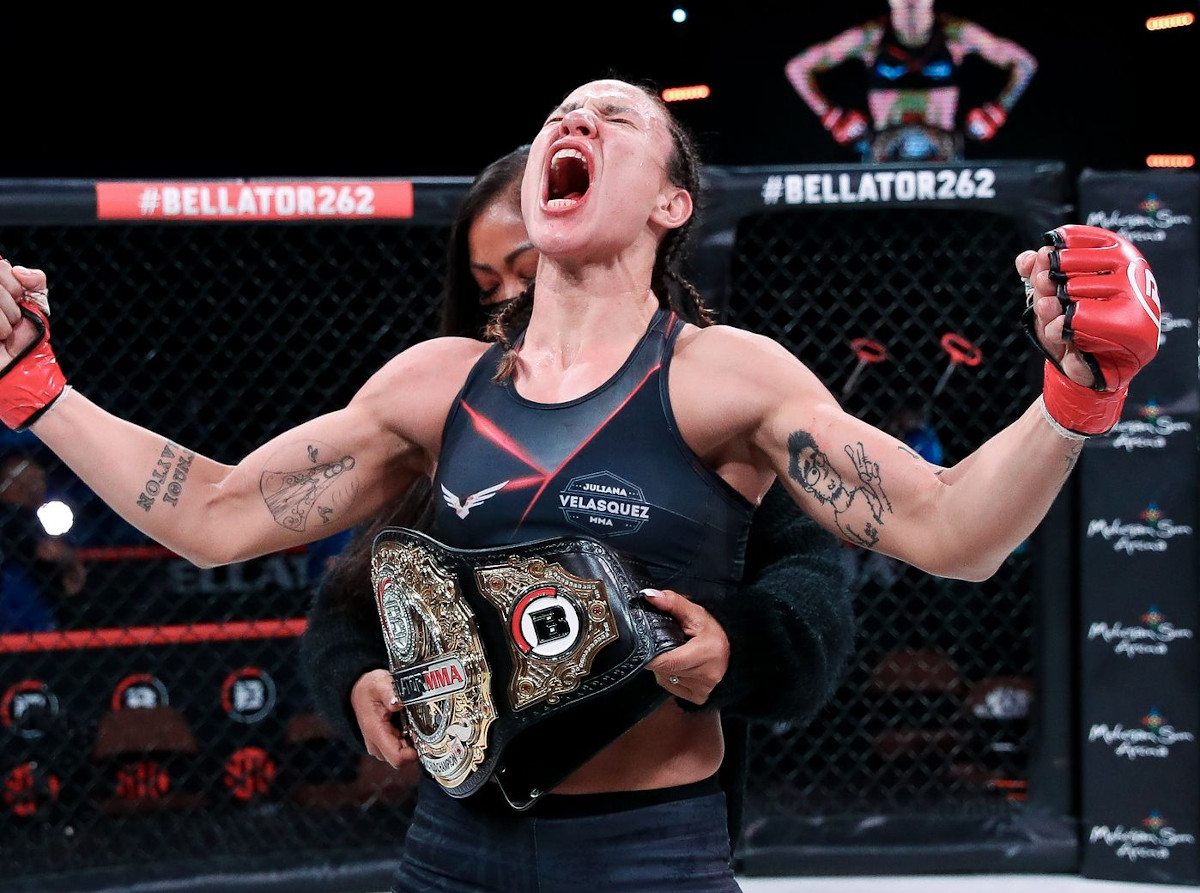 Juliana Velasquez (pictured) will defend her flyweight title against Liz Carmouche in the main event of Bellator 278 on Friday. (Image: Bellator MMA)

The undefeated Velasquez (12-0) comes into the fight as just a -150 favorite over Carmouche (+130), according to DraftKings Sportsbook.

Velasquez has put together seven wins in her Bellator career, and won the flyweight title by beating Ilima-Lei Macfarlane by unanimous decision at Bellator 254 in December 2020. She didn’t exactly dominate her first title defense, beating Denise Kielholtz by split decision, though the majority of media members agreed that Velasquez had won a close bout.

Now, Velasquez is aiming to put in a more convincing performance against Carmouche. In the process, she says she should earn a place among the top pound-for-pound fighters in the world.

“I think I should [already be mentioned], but I’ve got one fight coming up,” Velasquez told reporters via an interpreter. “For sure, my name is going to be on the list after this matchup.”

Carmouche (16-7) may not have a title, but she does have experience on her side. She has fought many of the best women’s MMA practitioners in the world, including Ronda Rousey, Miesha Tate, and Valentina Shevchenko. True, Carmouche lost all of those fights (with the exception of an early career win over Schevchenko). But the experience she gained in those bouts has prepared her for another shot at a title belt.

At 38, this might be Carmouche’s last realistic opportunity to earn a championship in Bellator or any other major promotion. But she says she has goals that go well beyond a single title win.

“Having the belt and closing out with say four more wins or six more wins would be the best way to end the career for me,” Carmouche said. “Knowing not only did I get the title but held it securely until I decided to end my career with it.”