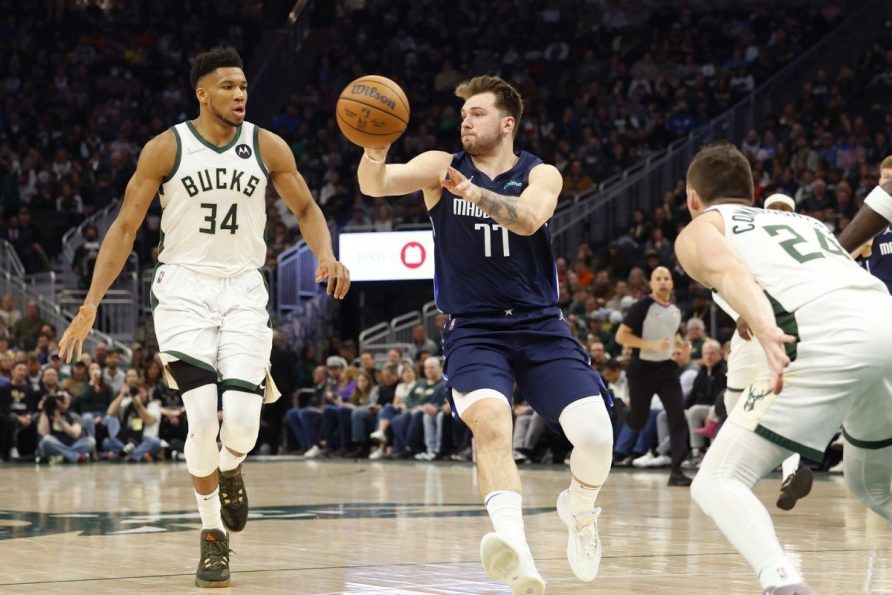 It’s been a long and wild NBA season and the final quickie weekend betting preview is here. At this point, we know who all the playoffs teams are, but it just comes down to final seeding with the Milwaukee Bucks and Boston Celtics fighting for the #2 seed in the Eastern Conference, and teams jousting in the Western Conference for the #3 between the Golden State Warriors and Dallas Mavs. 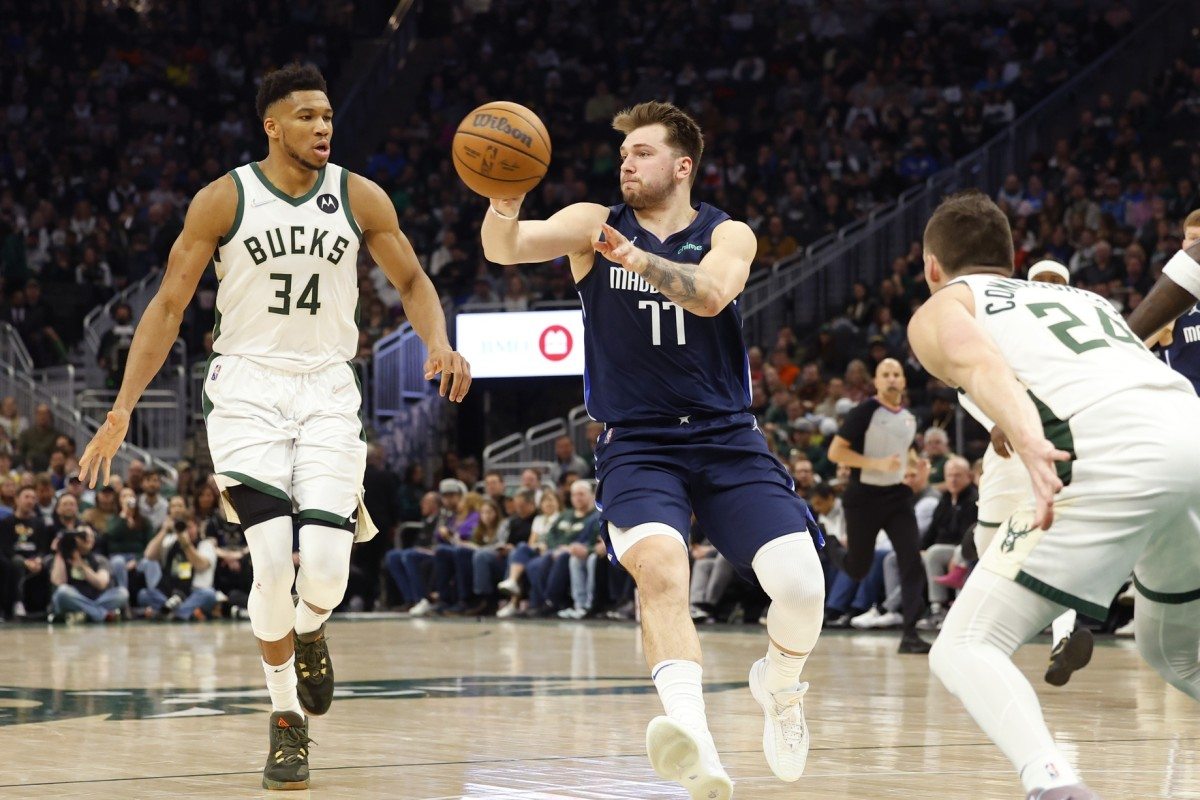 Giannis ‘Greek Freak’ Antetokounmpo from the Milwaukee Bucks slowly reacts to a pass from Luka Doncic of the Dallas Mavs. (Image: Getty)

The play-in tournament in both conferences are set as far as teams go, but the participants are jockeying for position in the last weekend to host the first game.

Keep an eye on roster intel leading up to game time because a lot of teams will be resting their stars to get them a couple days off before the postseason grind begins.

Cleveland Cavs (43-37) at Brooklyn Nets (42-38)… The Nets and Cavs are wrestling for the #7 seed in the Eastern Conference. Whomever finishes in seventh place will host the play-in tournament against the eighth place team with the winner locking up the #7 seed, and the loser competing for the #8 seed with the ninth/tenth place teams.

Atlanta Hawks (42-38) at Miami Heat (52-28)… The Heat locked up the #1 seed in the Eastern Conference, but the Hawks are currently in ninth place and trying to pass the Brooklyn Nets for a shot at the #7 seed in seventh/eighth place game.

Charlotte Hornets (41-39) at Chicago Bulls (45-35)… Da Bulls got some bad news with Lonzo Ball not returning for the playoffs, but despite a freefall in the last couple of weeks, they’ll hold on to the #6 seed. The Hornets have a chance to ladder up and host a play-in game as the ninth-place team.

Portland Trail Blazers (27-53) at Dallas Mavs (50-30)… The Blazers dropped nine in a row with a line up that makes you scratch your head and say, “Jeez, I never heard of most of these guys.” The Mavs occupy the #4 seed, but they could move ahead of the Warriors and snag the #3 seed.

Phoenix Suns (63-17) at Utah Jazz (48-32)… The Jazz sit in fifth place, but just hold a half-game lead over the Denver Nuggets. Despite all the rumors that Quin Snyder is going to the Lakers next season, the Jazz are trying to stop the bleeding and avoid slipping to the #6 seed.

Golden State Warriors (51-29) at San Antonio Spurs (34-36)… The final weekend in the NBA regular season is loaded with Friday and Sunday games, but a limited slate of just four games on Saturday. The Spurs got hot at the right time and snuck in the backdoor to grab the last spot in the play-in tournament ahead of the awful LA Lakers. One more win would help the Warriors lock up the #3 seed.

San Antonio Spurs (34-46) at Dallas Mavs (50-30)… The Spurs play the second game of a back-to-back, but at least they don’t have to travel too far. The Mavs could rest Luka Doncic in this game if they do not have a shot at the #3 seed.

LA Lakers (31-49) at Denver Nuggets (48-33)… Nikola Jokic became the first member of the 2K/1K/500 club, but he’s very close to locking up back-to-back MVP awards. Could this be the last game for Anthony Davis and Russell Westbrook in a Lakers uniform?

Golden State Warriors (51-29) at New Orleans Pelicans (36-44)… This game could determine the #3 seed, or it could be utterly meaningless. Kudos for the Pelicans for making the postseason after securing CJ McCollum in a trade. And yes, Zion Williamson will officially miss every game in this season due to a foot injury.

Utah Jazz (48-32) at Portland Trail Blazers (27-53)… This is the last game on the schedule for the 2021-22 NBA season. It’s the NBA Gotta Get Unstuck Game of the Day/Weekend/Season. The Jazz might need this win to move ahead of the Nuggets for the #5 seed.