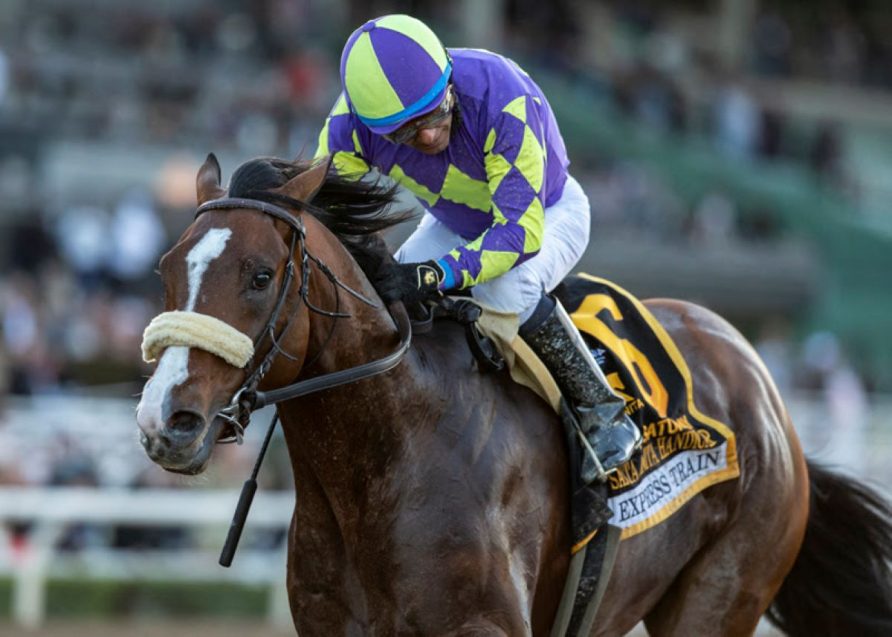 John Shirreffs is on this year’s short list for induction into the National Thoroughbred Racing Hall of Fame this year. But Saturday brought the 76-year-old trainer an early, long-sought honor, one that eluded him for years. 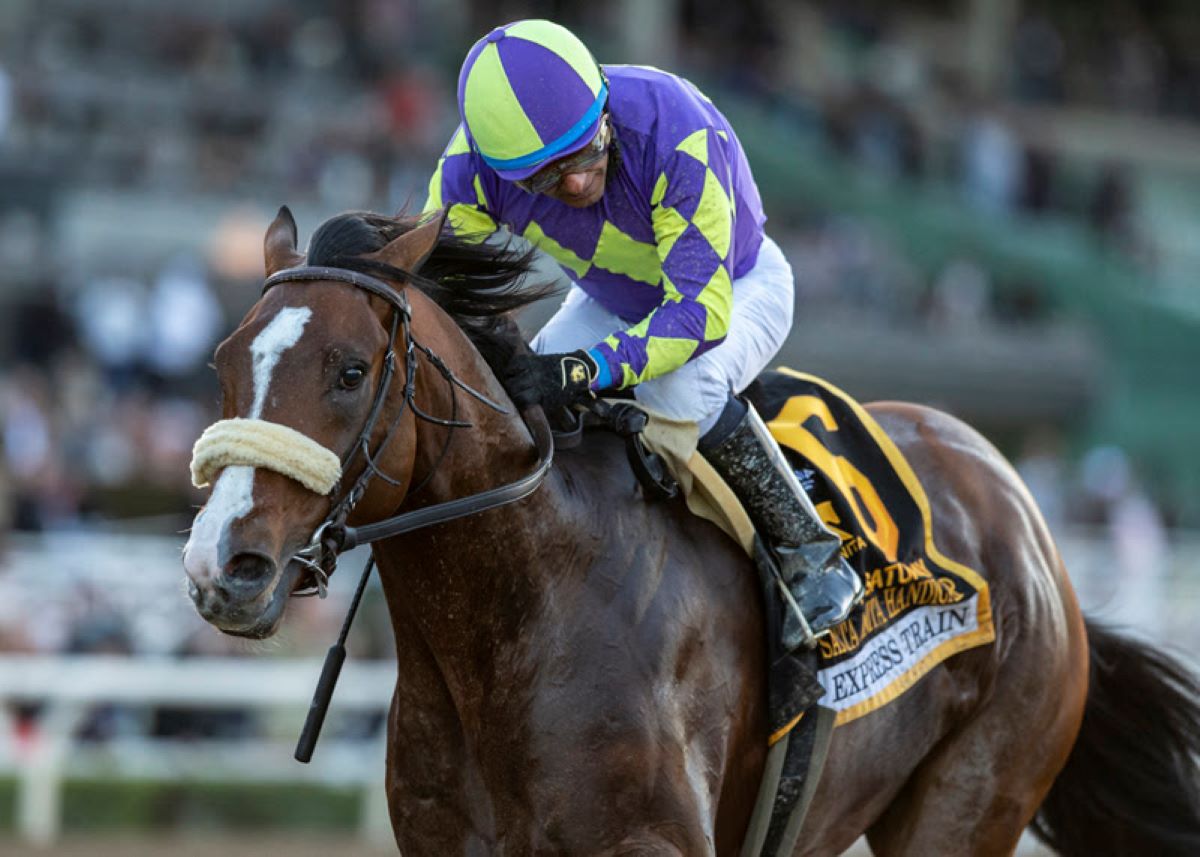 A Santa Anita Handicap trip to the winner’s circle.

Express Train crossed that off Shirreffs’ bucket list, holding off a game Warrant in the stretch for a head victory in the $650,000 race. And with that, Shirreffs had his first Big ‘Cap title.

And he got it with a 5-year-old horse who had never won a Grade 1 race. Express Train was one of the top older horses on the West Coast, winner of four Grade 2s, including this year’s San Pasqual Stakes. But the Union Rags horse was 0-for-6 in Grade 1s going into Saturday’s 1 1/4-mile test.

That included last year’s near-miss, when Express Train led with a sixteenth to go — only to have Idol roar up on his outside and snatch the race from him at the wire. It also included a runner-up in the 2020 Malibu Stakes, when Charlatan simply ran away from everyone.

“There’s a lot of pressure going into the race, the high expectations. You’re hoping for the best results,” Shirreffs told Santa Anita’s Ed Golden. “But it’s a horse race and a lot of things happen, so that always factors into it. But after the victory, it’s just elation, really. Just such a thrill to win the Santa Anita Handicap, one of the most prestigious races in the country.”

The Big ‘Cap dates to 1935, when it was called “The Hundred Grander, during the depths of the Great Depression. It was the first six-figure horse race in the country. If you were the connections for an older horse, this was the race you wanted to win above all others.

There may not be a statue of him in Santa Anita’s paddock, like the ones of Seabiscuit and John Henry that greet fans. But that’s the company Express Train now keeps. Oh, and the $390,000 winner’s check means he now keeps the company of millionaires. Express Train’s seventh career win in 17 races bumped his earnings to $1,325,800.

“You dream about winning the Santa Anita Handicap and to actually have it happen and with a horse like Express Train, who has done everything (right) along the way,” Shirreffs told reporters after the race. “He’s made the little steps, the big steps. He participated in all the big races we had in the West Coast and he’s been there and shown up. To have him win the Santa Anita Handicap, it’s just thrilling.”

Shirreffs owns a Kentucky Derby title, courtesy of Giacomo’s 2005 victory. He’s won three Breeders’ Cup races, two with the incomparable Zenyatta, who won the then-called Ladies’ Classic in 2008, before capturing the Classic the following year in dramatic worst-to-first fashion. He’s had solid Grade 1 winners like Tiago, Life Is Sweet, Hard Not to Love and Honor A.P.

But he’s never had a Big ‘Cap. Until now.

“I always look forward to a chance to win this race,” jockey Victor Espinoza said after the race. “This year was a little more special for John. I really wanted to get a win for him after so many years. … As soon as (Express Train) is in front, he knows he’s got it. He just gave me a little bit of a hard time at the end to get me excited and pump up my muscles.”