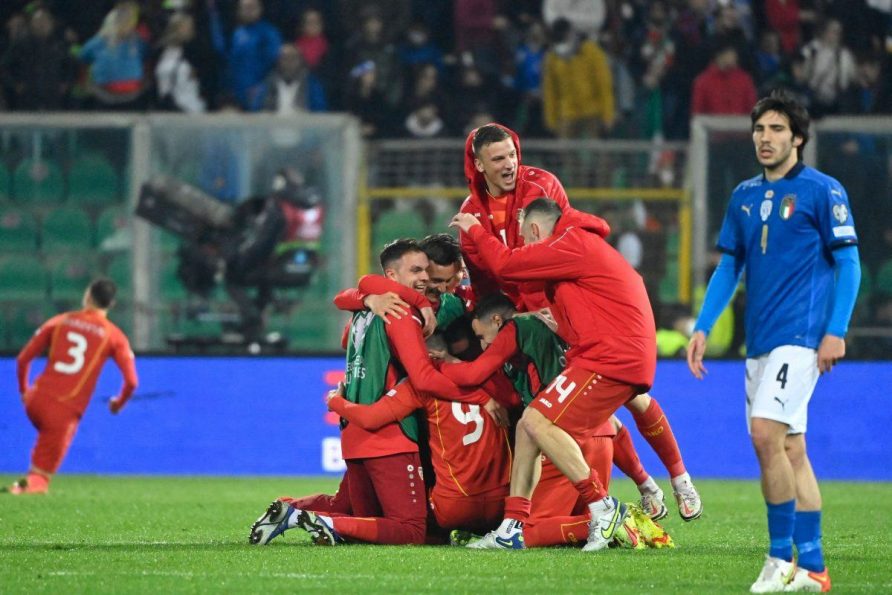 Less than eight months after celebrating their European Championship triumph following a thrilling final against England, Italy slipped on home soil in front of North Macedonia and lost every chance of playing at the World Cup in Qatar. Italy’s defeat in Palermo is one of the biggest shocks of the modern era in the European qualifiers.

European champions Italy will not play at the World Cup! 😳 pic.twitter.com/xnd2QJpW65

Aleksandar Trajkovski netted in stoppage to give minnows North Macedonia a totally unexpected 1-0 lead and finally the victory. Trajkovski’s goal sent shockwaves throughout the world of football and left Italy in tears. Squadra Azzurra will not be at the World Cup for the second edition in a row, after also missing out in 2018. Back then, Sweden stood in their way in the playoffs.

North Macedonia have scored in added-time 😱

Italy are on the brink of not reaching the World Cup 😳 pic.twitter.com/ty5GzandXP

Last summer, North Macedonia played their first-ever major tournament. They featured in the main round at Euro 2020, but finished bottom of their group, behind the Netherlands, Austria, and Ukraine.

Their win against Italy puts them 90 minutes away from another huge match, against Portugal, on Tuesday. North Macedonia will travel again, this time to Porto.

Only one of the two will qualify for the World Cup in Qatar. Experts and fans alike expected Italy to cruise through to a much-anticipated playoff final with Portugal, who beat Turkey 3-1 to end their hopes to progress. 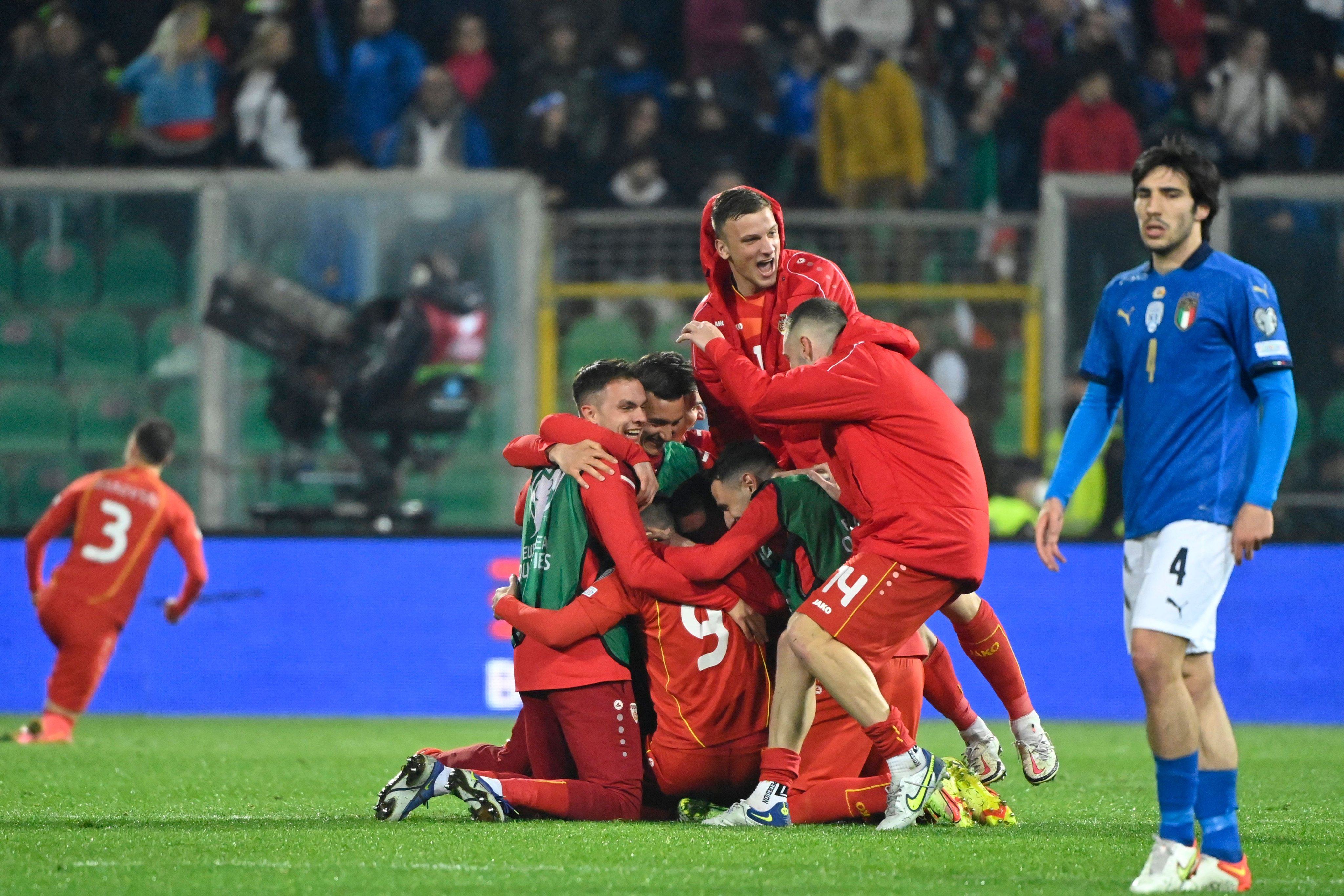 North Macedonia upset Italy and eliminated them from the World Cup playoffs. Trajkovski scored the only goal of the match in stoppage time. (Image: Twitter/euro2024)