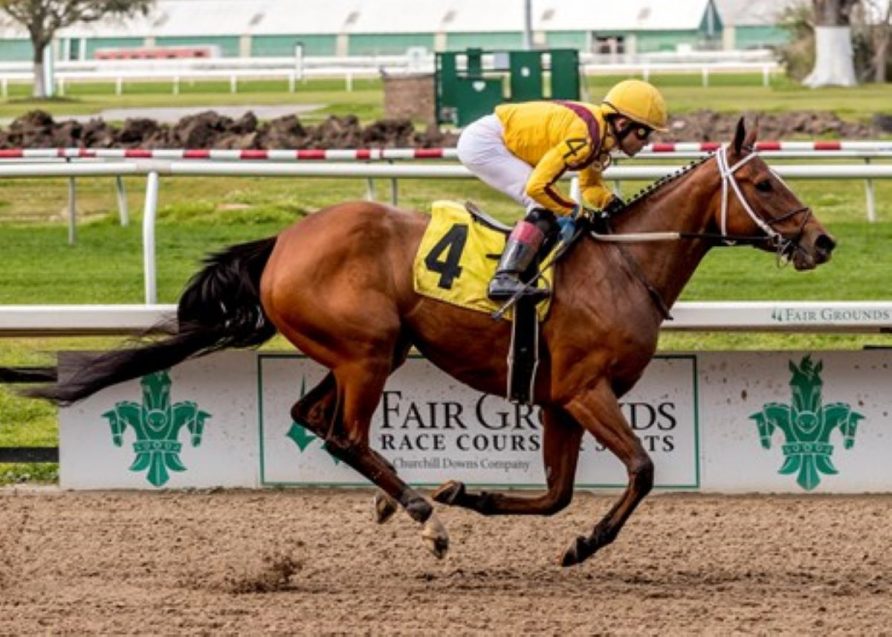 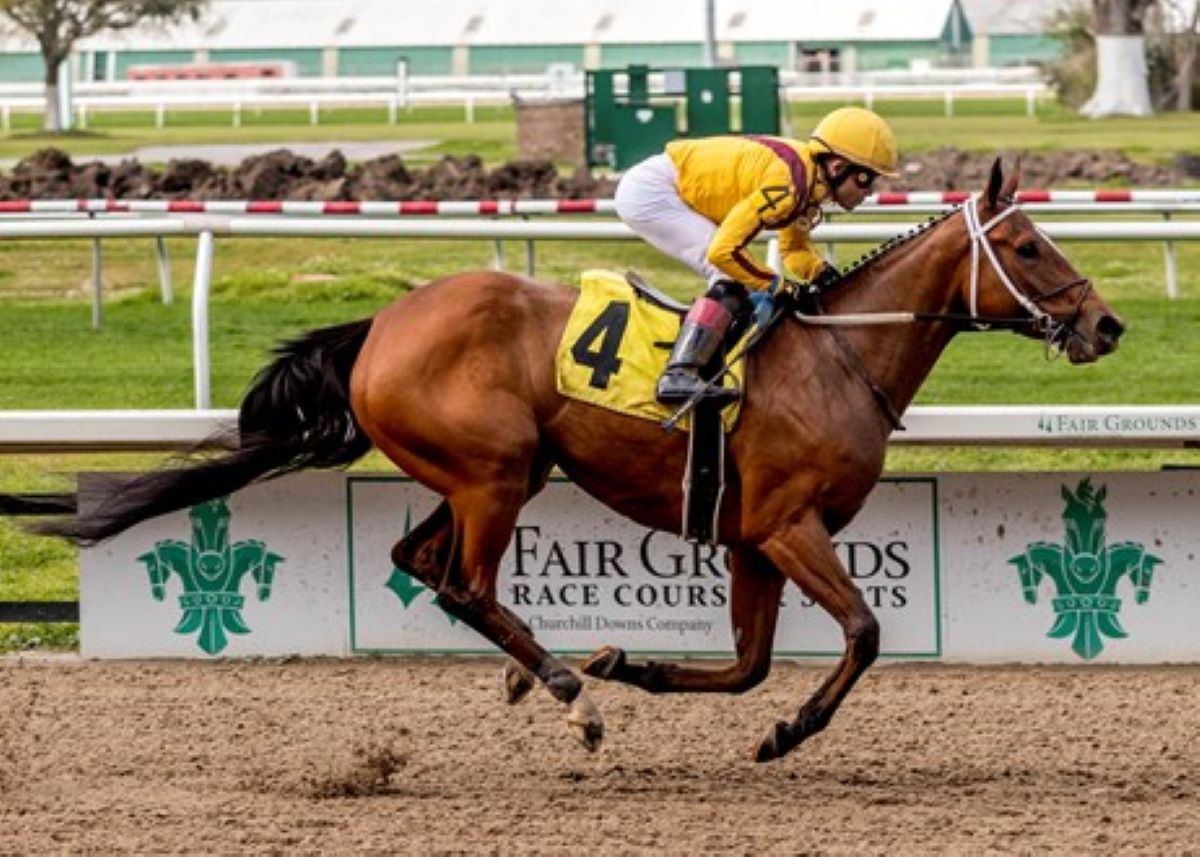 Clairiere returned for the first time since her fourth in the Breeders’ Cup Distaff in November with an easy allowance win at Fair Grounds. (Image: Hodges Photography)

But the chance to ride an Eclipse Award finalist brought Eclipse Award-winning jockey Joel Rosario to the Louisiana track. Rosario parachuted in and rode Clairiere to an easy 6 1/2-length dissection of the field in what was Fair Grounds’ Wednesday feature.

“It looked like it was easy for her,” Rosario told Fair Grounds’ Kevin Kiley. “When I got to the eighth pole, she got really quick to the horse in front of her. I just wanted to be there and come with the run, which she did. I am very excited and happy to be on her.”

Rosario teased the crowd aboard the 1/10 favorite. He let 6/1 Super Quick set the pace in the 1 1/16-mile race. Eventual runner-up Tizafeelin picked up the pieces at the quarter-pole as Rosario and Clairiere bided their time.

That time came around the turn, when Clairiere began reeling in her rivals. Just before the furlong pole, she picked off Tizafeelin, her final foe. She pulled away in the stretch and stopped the clock in 1:43.21.

The victory, Clairiere’s fourth in 11 starts, bumped her career earnings to $1,324,592. The $33,600 paycheck was a third of the $100,000 the daughter of Curlin earned for her fourth in the Breeders’ Cup Distaff, her last start. But to her connections, it served a perfect purpose.

“That was a good place to get started,” said Scott Blasi, assistant to trainer Steve Asmussen. “She got to walk out of her own stall, walk over here and get a nice start to her year. We’re looking forward to big things from her throughout the rest of the year. No more easy spots after today. It’s great to have her back.”

When Clairiere, a finalist for the Eclipse Award as Champion 3-Year-Old Filly last year, returns, her next stop is likely the Grade 1 Apple Blossom at Oaklawn Park. A win there would give her a second Grade 1 victory, bookending last fall’s Cotillion score at Parx.